The story of Southwestern Distillery begins in 2012, when a then 23 year-old Tarquin Leadbetter realises London life is at odds to what really makes him tick and so, supported by the business acumen and drive of his sister Athene, set his sights on returning home and establishing the first new Cornish distillery in decades.

Theirs is the classic tale of the British craft distilling boom and one that will be familiar to many of the others distilleries that have since popped up over the years. Small premises, microscopic budgets, a lot of trial and error in a process of steady development and entrepreneurship.

The difference with Tarquin however, was timing. Starting a new craft distillery remains hard today, but in 2012, there were less than 80 distilleries in the UK, and only a handful on a scale quite so tiny as his set up on the outskirts of Padstow, Cornwall. It's a brave idea to pursue at the best of times, but back then it bordered on the absurd.

In the years since, he's gone from a one-man band (with mum writing the tasting notes on labels, and dad sealing the bottles with their trademark wax), to cementing the Tarquin’s Gin range as a fan favourite and becoming of British Gin’s great success stories. 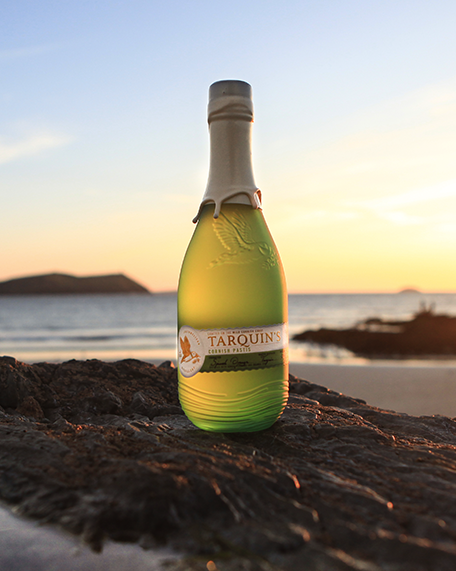 There’s now four stills flowing from the family-run business and a range of spirits that includes more than just Gin. The Cornish Pastis was one of their first products and while it’s stayed under the radar for many years, it remains one of the few made in the UK.

It may be British-made but with fennel, anise and a twang of citrus it’s a classically styled Pastis. In that way it pays homage to many of the traditional French aperitifs, yet it's got a definitive Cornish twist too. We like to serve it with apple juice and a sprig of mint but the Provençal way of topping up with soda is also delicious. 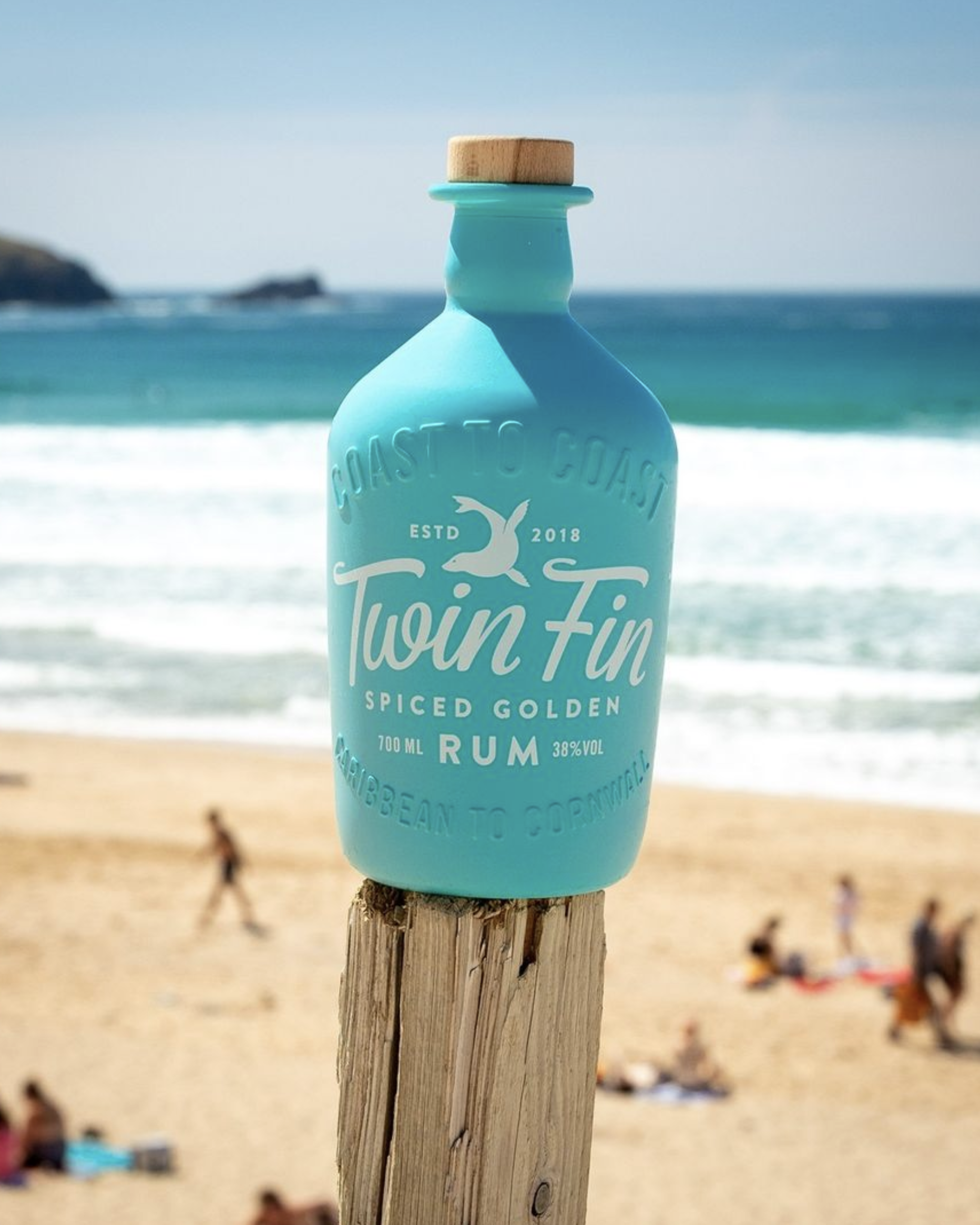 Before moving onto what they are best known for and the expansive range of gins they have, it's worth fast forwarding to one of their more recent projects and Southwestern Distillery foray into the world of rum. Twin Fin is a spiced rum that combines orange and vanilla distillates with a blend of rums from the Caribbean.

Expect a big hit of vanilla alongside a pronounced citrusy note - the kind that works well when lashed with a generous helping of either ginger beer or cola.


At first glance the Tarquin’s Gin range can seem a daunting block of options and a difficult place to know where to begin. Add to that the constantly changing line up of seasonal and limited editions - it's exciting and ever changing line up too. There's a good logic to it though, and the core set is always there, with Tarquin’s Cornish Dry Gin at the heart of the distillery’s offering and representing the bulk of what they make.

If there's one thing you take away from this entire article, let it be this; The Cornish Dry Gin is amazing. It's such a trusty classic and over the years, they have managed to hone it into finding a balance between what makes it special (light citrus, subtle florals) and an omnipresent juniper and coriander seed soul.

On the nose it’s crisp and vibrant, like stumbling across a citrus grove in the middle of a pine forest. To taste, zesty lemon sherbet notes lead, with fresh piney juniper and coriander, completed by a rounded natural sweetness from the liquorice and a full mouthfeel from the almonds. Great gin for G&T lovers and with enough backbone to make all the classic cocktails too. 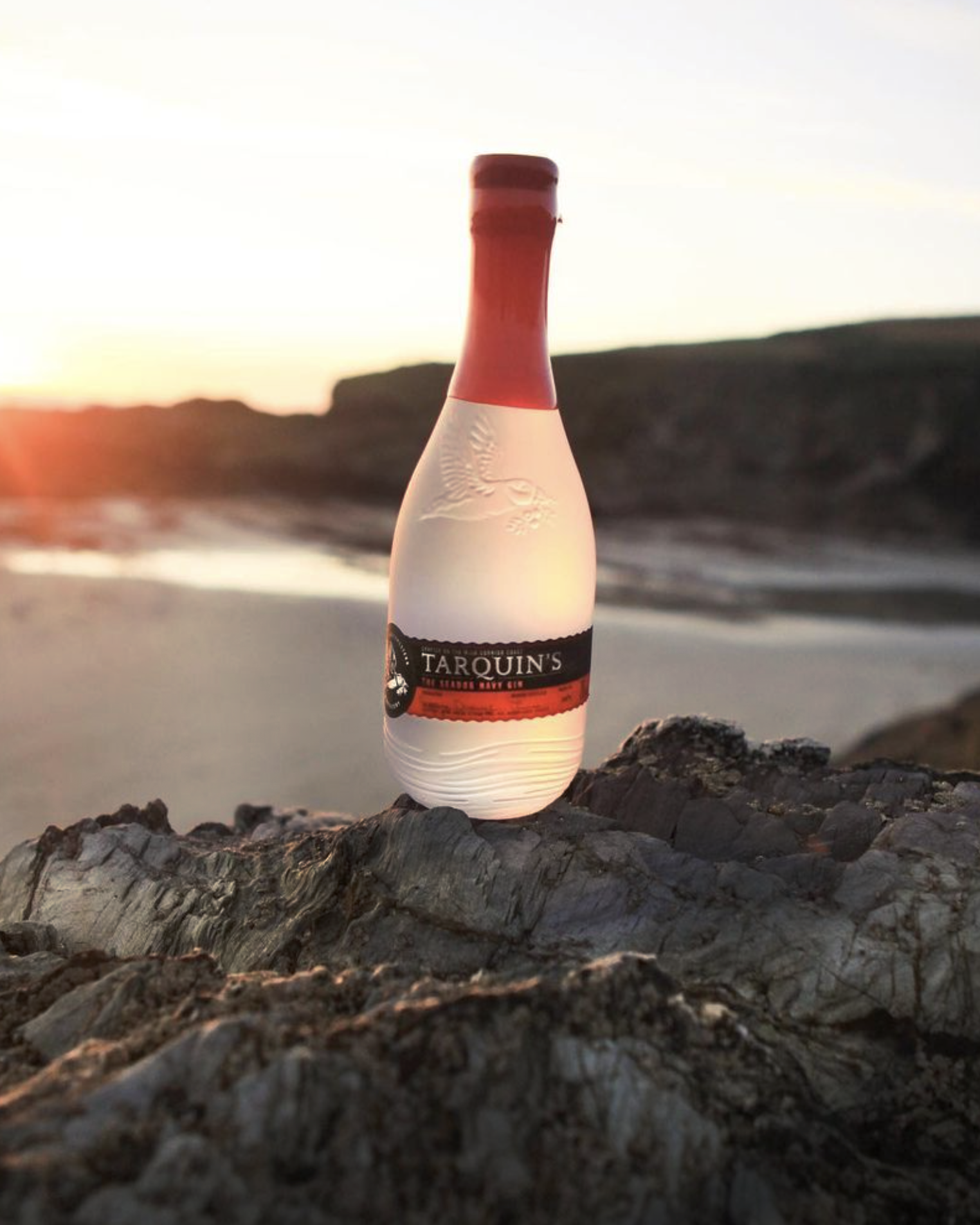 While many love the Dry Gin, the Seadog Navy Gin holds a special place within the category. It takes many of the flagship's characteristics and dials them right up to a level where the juniper is percussive throughout and to a point where it's easily one of the world's best gins.

There’s intense juniper on the nose, with a lovely hit of cracked black pepper. To taste, an initial hit of warm, earthy spice combines with crisp juniper backbone. Fragrant coriander and rich cinnamon follow, with zesty orange sherbet to round everything off. The constant nature of the juniper never diminishes and it's that ability to present multiple flavours while always giving you pine that makes it so spectacular! 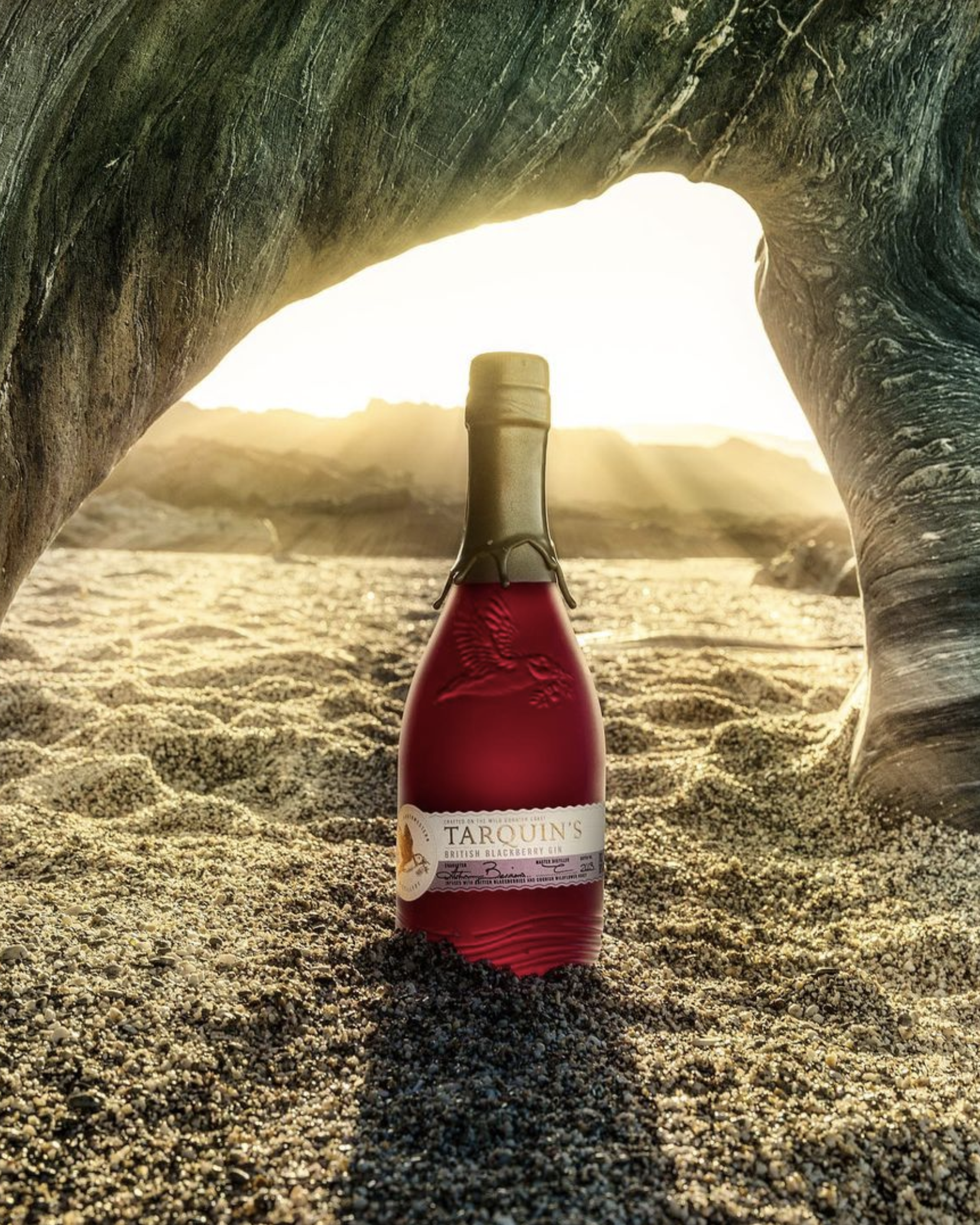 If fruit infused or Flavoured Gins are your thing, there’s several to try in the Southwestern range. The Tarquin’s British Blackberry Gin is a good place to start and works particularly well with ginger ale.

Here, the flagship Dry Gin is lovingly infused with British blackberries at high proof. Once the balance is just right, they cut it with water and add a touch of Cornish wildflower honey for some rounded sweetness.

The initial hit is reminiscent of bright summer puddings with a zesty blackberry, candied mouthfeel and fragrant sweetness from the wildflower honey. 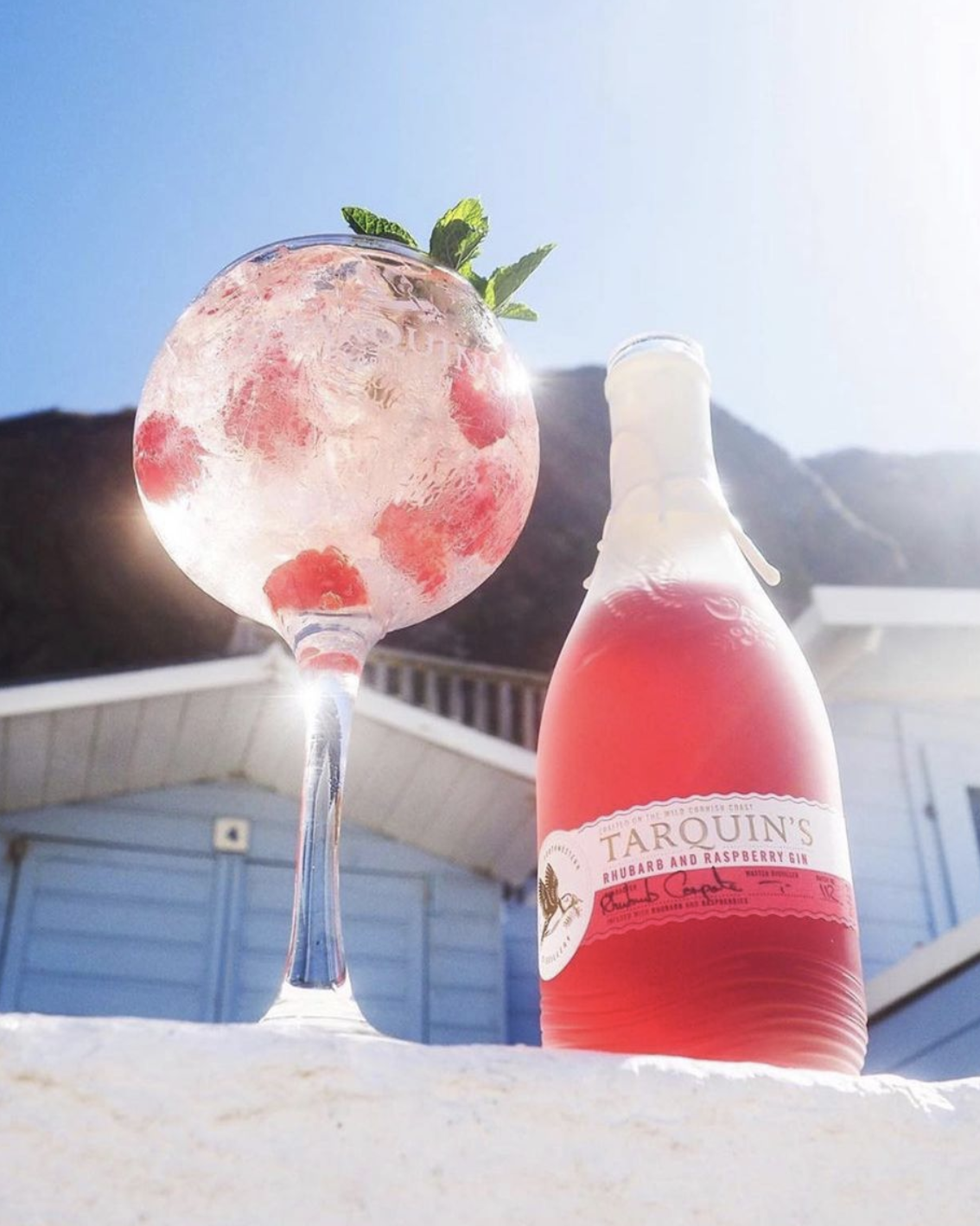 They have a Rhubarb & Raspberry edition that's a fun a bright offering with more than a whiff of custard cream sweets and a juicy twang of raspberry.

For those who enjoy strawberry flavoured gins in particular though, Southwestern’s answer comes in the form of  Tarquin’s Strawberry & Lime Gin, where once again using their Cornish Dry Gin base, they steep fresh strawberries and limes.

The clear notes of zesty lime and orange blossom ping off the top of the glass, while to taste the more candied strawberry jam and sweet marmalade flavours appear.

This is a distillery that’s constantly innovating and one that doesn’t rest on its laurels. The above is just a few of their core range and even without delving further into the limited editions and seasonal expressions, it's clear that there is something in their range for everyone and quality to be found in the making of each.

More than just tasty expressions though, you can be confident that when you try their spirits not only are you going to be drinking tasty drinks, you’ll be buying into a youthful, entrepreneurial ethos and a distillery that’s placed creativity and collaboration at its heart. It may have been one of the first in this new wave of gin makers, but today, it's managed to evolve into one of the best.