We are pleased to announce that we have an exclusive single-cask release from the iconic Bruichladdich Distillery!

The limited run of 264 bottles has been bottled at cask strength, non-chill filtered and was picked due to its fresh and lively flavour profile. Here's a little more about it... 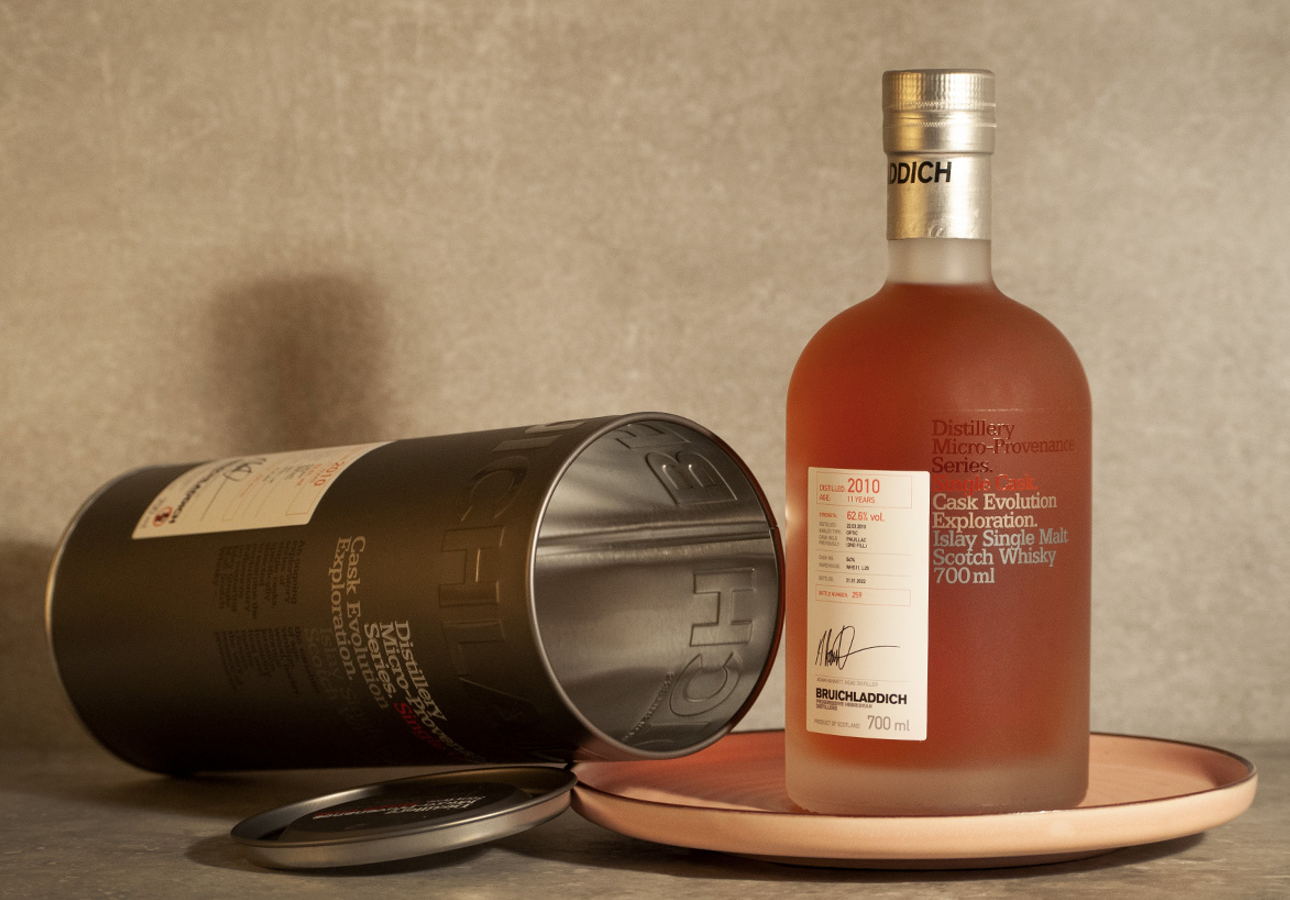 Bruichladdich were long thought of as ‘a working distillery museum’ until the late 90’s - but in its day it was one of Islay’s most modern plants.

It was built in 1881 by the Harvey brothers, who owned the Dundashill and Yoker grain distilleries in Glasgow. After a century of production, various exchanges of hands and a dormant stint; Islay’s Old Lady was resurrected and transformed back to its former glory.

In 2012 Rémy Cointreau bought Bruichladdich and invested in a new plant, machinery and additional warehousing on Islay. Today they are recognised as a modern whisky brand known for experimentation and for helping Scotch be more socially inclusive and more environmentally aware.

Bruichladdich’s general character is sweet, honeyed and floral with an unmistakable freshness. While they are an Islay distillery, they are known for their non peated profile underlying acidity. As a cornerstone of many whisky fan's cabinet, many will have tasted The Classic Laddie, while their Islay Barley release shows their work showcasing terroir by using Publican and Oxbridge barley grown on six western and central Islay farms.

Since 2000, other variants have been made, as well as two ranges that are smoky with plenty of rich, bonfire-like aromas. These include medium-peated Port Charlotte and heavily-peated Octomore ranges. 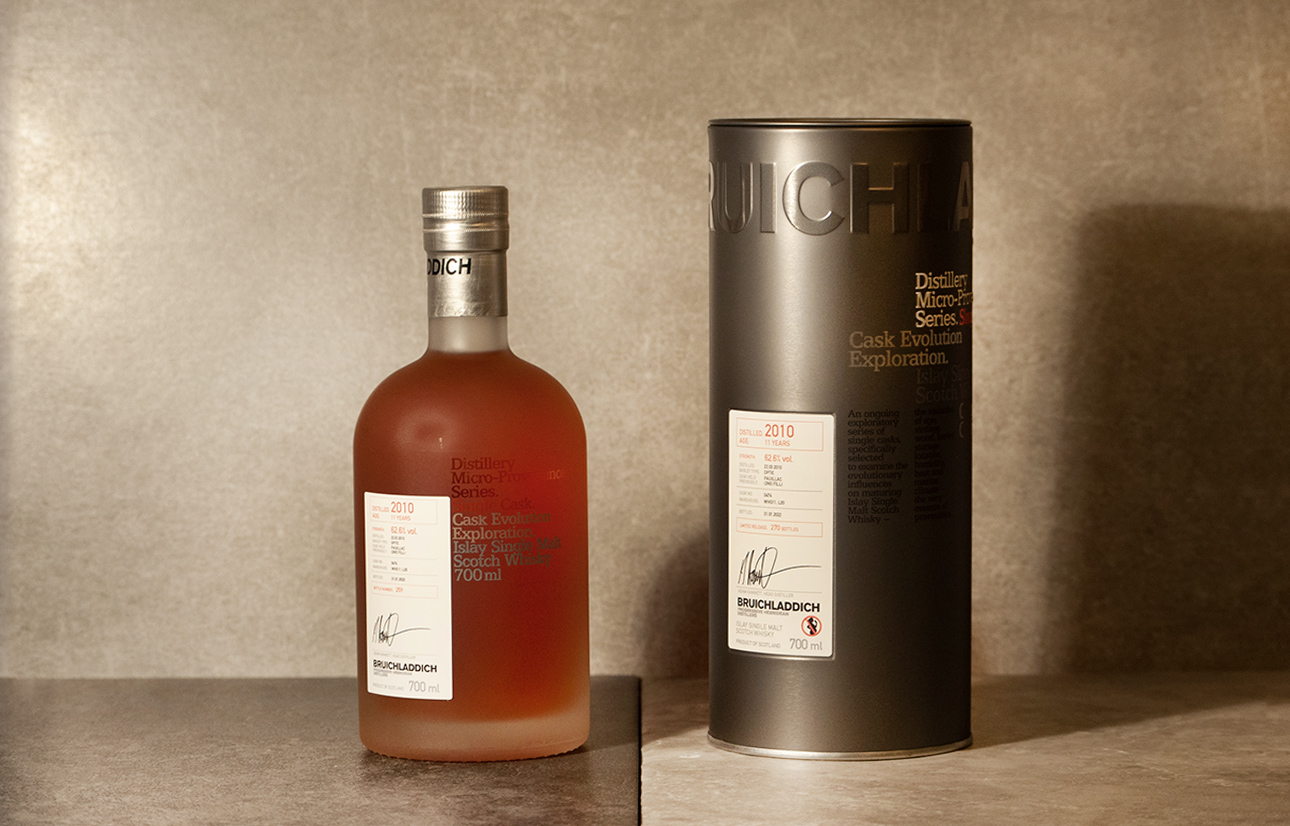 The exclusive cask that we have is No. 474, a 2nd fill Ex-Pauillac (matured in cask full term) made from European Oak.

Starting with Optic barely and distilled with their time honoured methods - this cask was laid to rest on 22nd March 2010, and disgorged & bottled in January 2022, making it just shy of 12 years old. It is bottled at cask strength of 62.5% ABV, non-chill filtered, no colouring.

Bruichladdich wanted to release a single cask that was split between bars and restaurants looking to offer guests something special and for us here at Spirits Kiosk. Our parent company, Enotria & Coe, is celebrating its 50th years as one of the UK's most revered wine wholesalers and knowing that the bottling would be sold to its trade customers (and just how knowledgeable about wine they are), we sought out something that could combine the two worlds. Wine and Whisky fused together in an exceptional dram.

When we came across the Ex-Pauillac cask, we knew it needed to be investigated further. Pauillac, after all – is a famed region for a reason. If you are only here as a spirits enthusiasts and your wine interest goes as far as splitting into red wine and rosé - here’s a bit of context. Pauillac is a commune located on Bordeaux's Médoc peninsula and is home to some of the world's most famous and expensive red wines. Pauillac has an appellation d'origine contrôlée, with a total vineyard area covering approximately 1200 hectares.

The stellar reputation of Pauillac wines is based not only on their quality, but on their success in fine wine markets and how established the region is internationally. Three of Bordeaux's best wine-producing properties are located here; Mouton Rothschild, Lafite Rothschild and Château Latour.

With the provenance of the barrel coming from such a region - it became a decision around flavour. Thankfully, the spirit lives up to the billing and we feel this is the best of both worlds. The wine cask influence is palpable, and so is the distillery’s DNA. Fans of The Laddie will find a familiarity here, while also discovering something different and compelling. 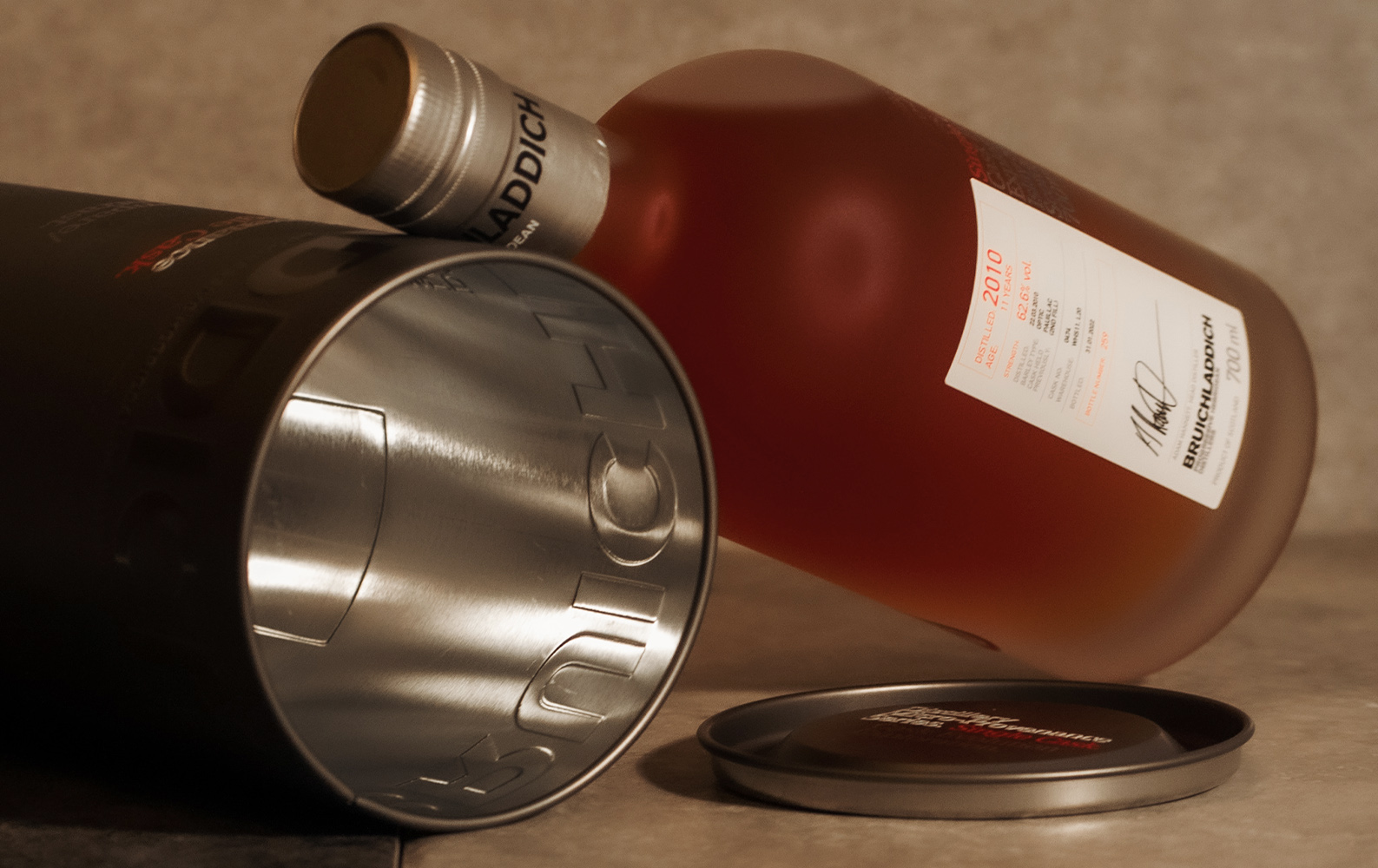 The first thing to note is the captivating burnt umber colour of the spirit.

There's an inviting nose of stone fruit and gentle oak. Fresh acidity lifts the aroma. There’s a modern feel overall, where the familiar Bruichladdich profile (floral / fruity) is augmented by the wine cask and its vinous layer.

The taste builds on this with rich fruit and layers of butterscotch and toffee. With a splash of water the wine cask influence becomes even more evident, building in acidity and a complex mélange of fruit.

Given the high proof, it suits a little water to but whether it was neat or on the rocks what struck us most, was just how lively and giving it is. It wants to lead you and yet with that, reveals a different nuance upon each revisit. 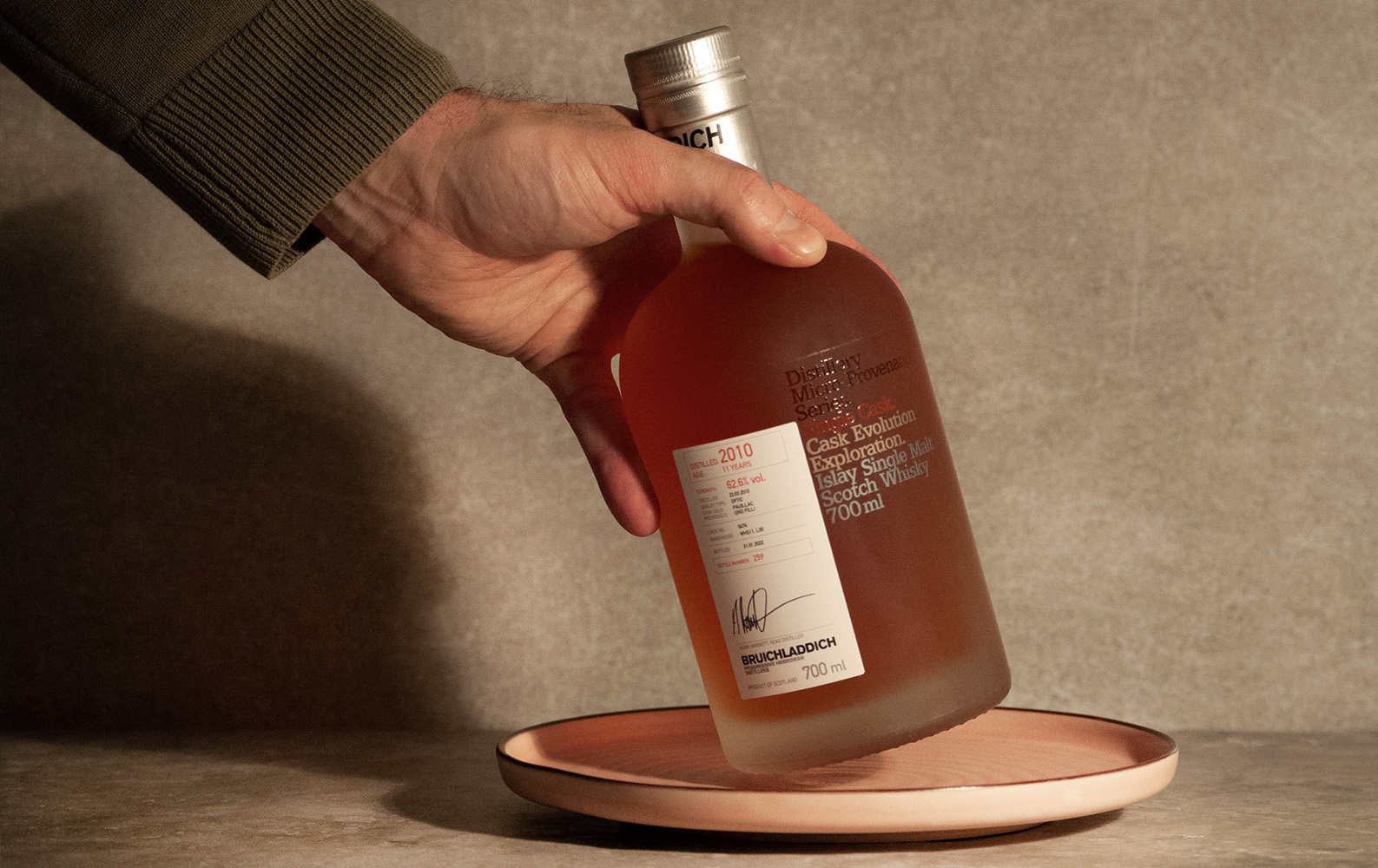 The release is predominantly being channeled towards bars and restaurants so that as many can taste it as possible, meaning that only half will be sold to drinkers via our shop.

Due to that exclusive and limited quantity, we are capping it at a maximum of two bottles per customer. While the number of each bottle is marked on the bottle, we will not be able to accommodate requests for specific numbers on this release.

We hope you enjoy drinking it as much as we have - it's a delicious cask and with a flavour profile that's packed with the typical Bruichladdich honeyed and floral elements along side that ex-wine cask fresh acidity - it's particularly well suited to the Spring / summer season.