If you are hosting a Halloween party this year and wondering what to serve - LOOK NO FURTHER!

Believe it or not, despite it being the perfect name for such an occasion, The Mezcal Corpse Reviver is no novelty gimmick. It's a drink that has great depth and will have you recounting it’s history as you tinkering around to making your second. And third... 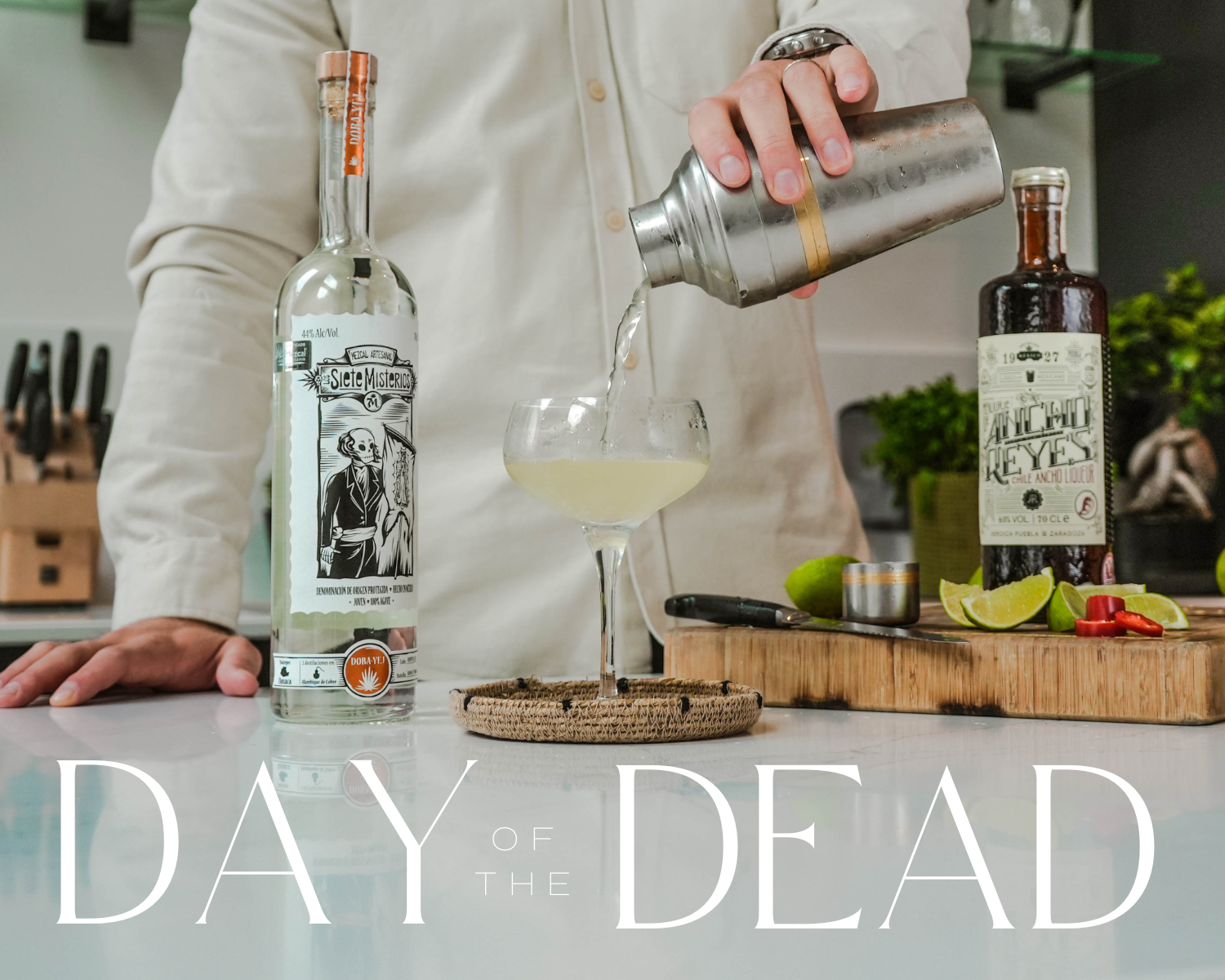 Named so for its potent combination of spirits, the Corpse Reviver was first mentioned in 1861 in the British satirical magazine Punch and is said to have such an impact on the imbiber that it can revive the dead, hence its rather sinister name.

Technically Corpse Revivers are a family of cocktails and there are a few different variations of that have appeared over the years. The best known, in our opinion, is the Gin version and we are here for it. It’s tastes great and is always greeted with a smile.

However, there’s something to be said about delving into the agave once in a while and if you do – a Mezcal based Corpse Reviver is a treat to behold. The agave brings with it a base layer of earthy herb, spice and vegetal notes, contrasting the floral semi-sweet nature of vermouth, while a dash of chili liqueur provides hints of piquant heat to the finish.

Add some carefully chosen Tacos to pair (white fish, dill, lots of salad and a light citrussy vinaigrette if you want some inspo) and you’ll have a Dead of the Dead party started in no time! 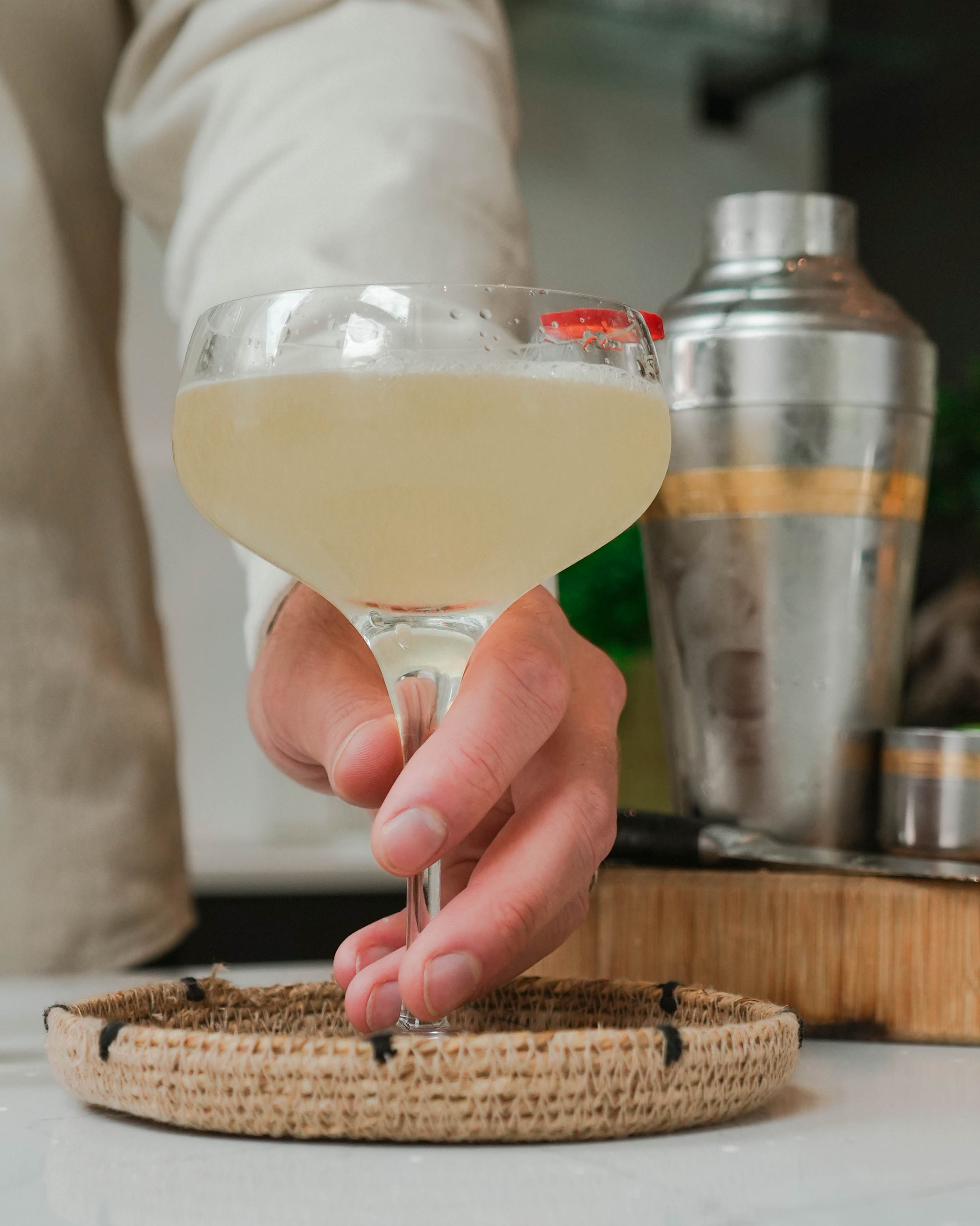 Add the tequila, vermouth, Cointreau, Chilli liqueur, lime and orange juice into a shaker with ice. Shake until your hands are tingling with the cold and the double strain into a coupe glass. Garnish with an orange twist.

Want to try something else this Halloween? Here’s some themed cocktails as inspiration.

Which Tequila or Mezcal should I use?

We’ve recommended using Los Siete Misterios for this drink as we think the flavours of citrus peel, baking spices and charred agave are the perfect foil to work with in this cocktail. A bit of chili really adds to it's earthy nature too. 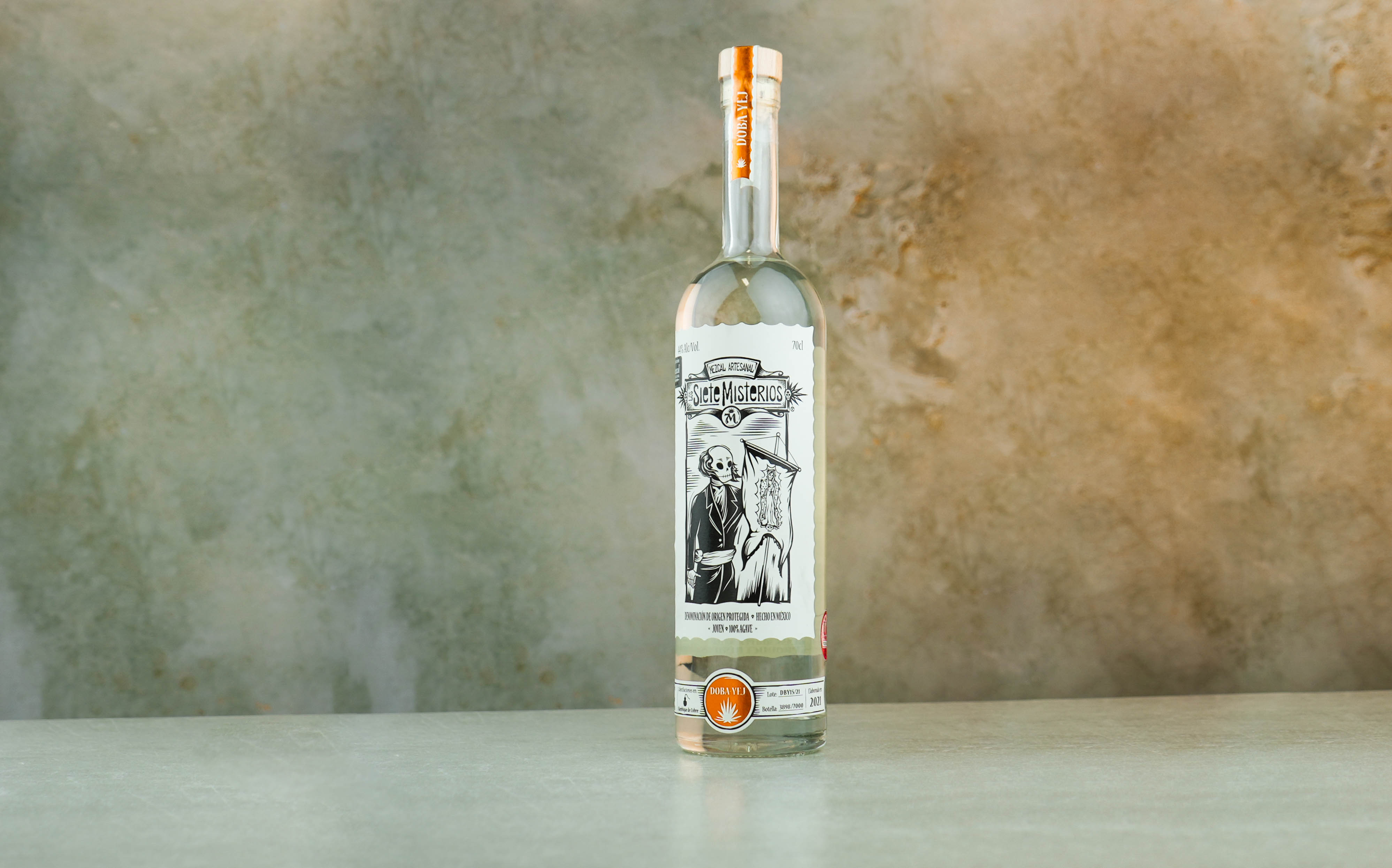 If you don’t know it,  Los Siete Misterios is a high quality Mezcal that's as well suited for connoisseurs and those who enjoy sipping theirs neat, as it is those who plan on making cocktails.

The production process is quite cool too - it’s made from agave Espadin and is the first expression from Siete Misterios that is made in a copper still (rather than clay) while the milling for this mezcal is done by horse-drawn tahona, rather than by hand like their other mezcals. 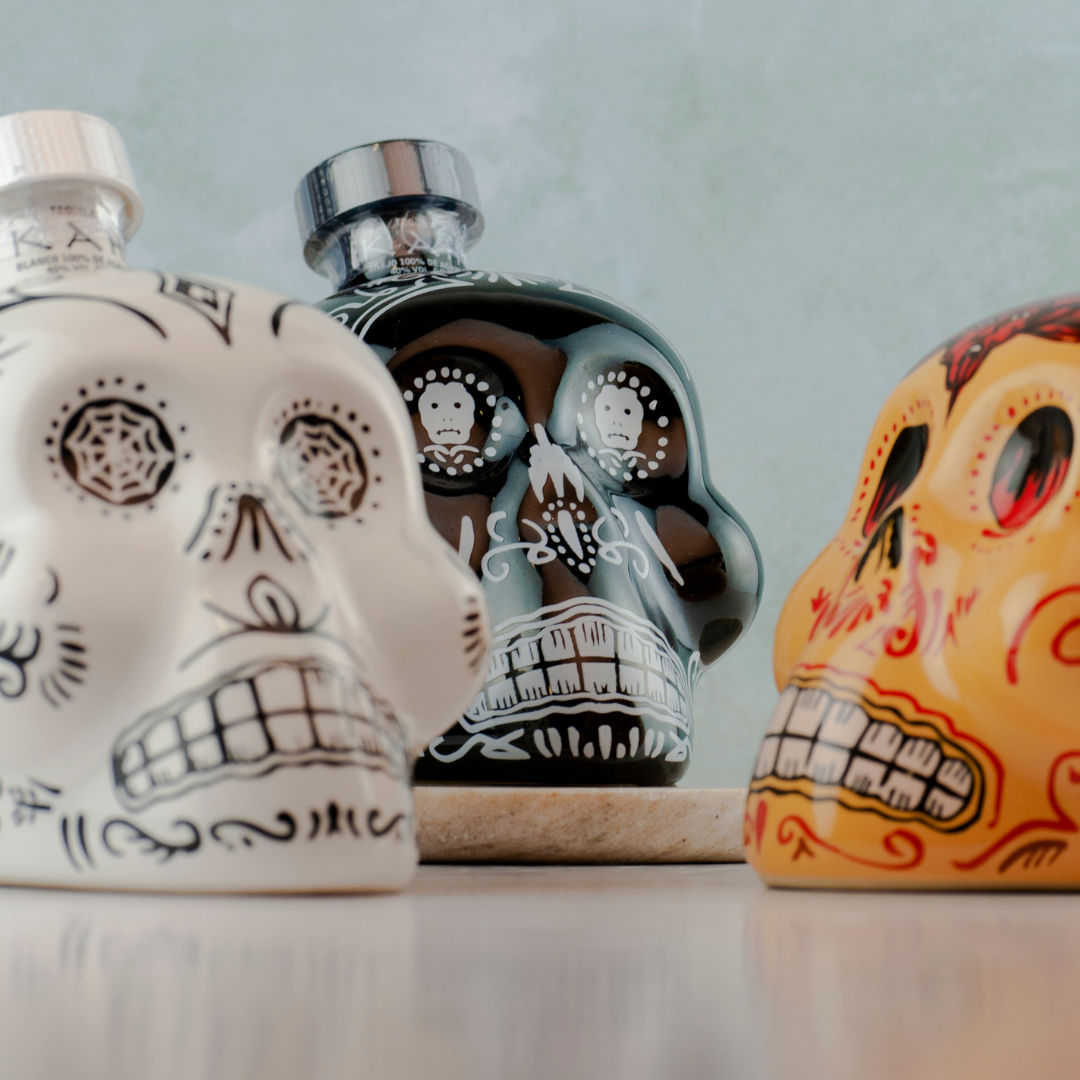 Kah have three 100% agave tequilas in their range, an each beautiful hand-finished calavera (skull-shaped bottles) has its own eye catching design with unique heritage and inspiration.

The Anejo is bottled in a black-coated design inspired by the Nicaraguan tradition of Day of the Dead. In Nicaragua, in addition to the standard traditions of building a shrine and gift-giving, many people linger and sleep in the graveyard. KAH Reposado has a devilish design and takes its cues from Day of the Dead celebrations that take place in parts of Peru. It depicts a dance to Satan that is performed wearing long, dangling upturned crucifixes (it is believed that Satan leads this dance Himself!). Meanwhile the design of the KAH Blanco bottle is inspired by the Bolivian tradition of the Day of the Dead celebration, in which actual skulls of loved ones are kept and brought out on November 8th of each year.