So you’re not Scottish and not familiar with Burns Night? That’s okay, we’ll start at the beginning.

Burns Night is an annual celebration of the life and works of the Scottish poet Robert Burns. He’s also known as The Bard and is regarded as a pioneer of the Romantic movement. You’ll already know his poem "Auld Lang Syne" and have sung it on New Year’s even if you didn’t realise it was his. 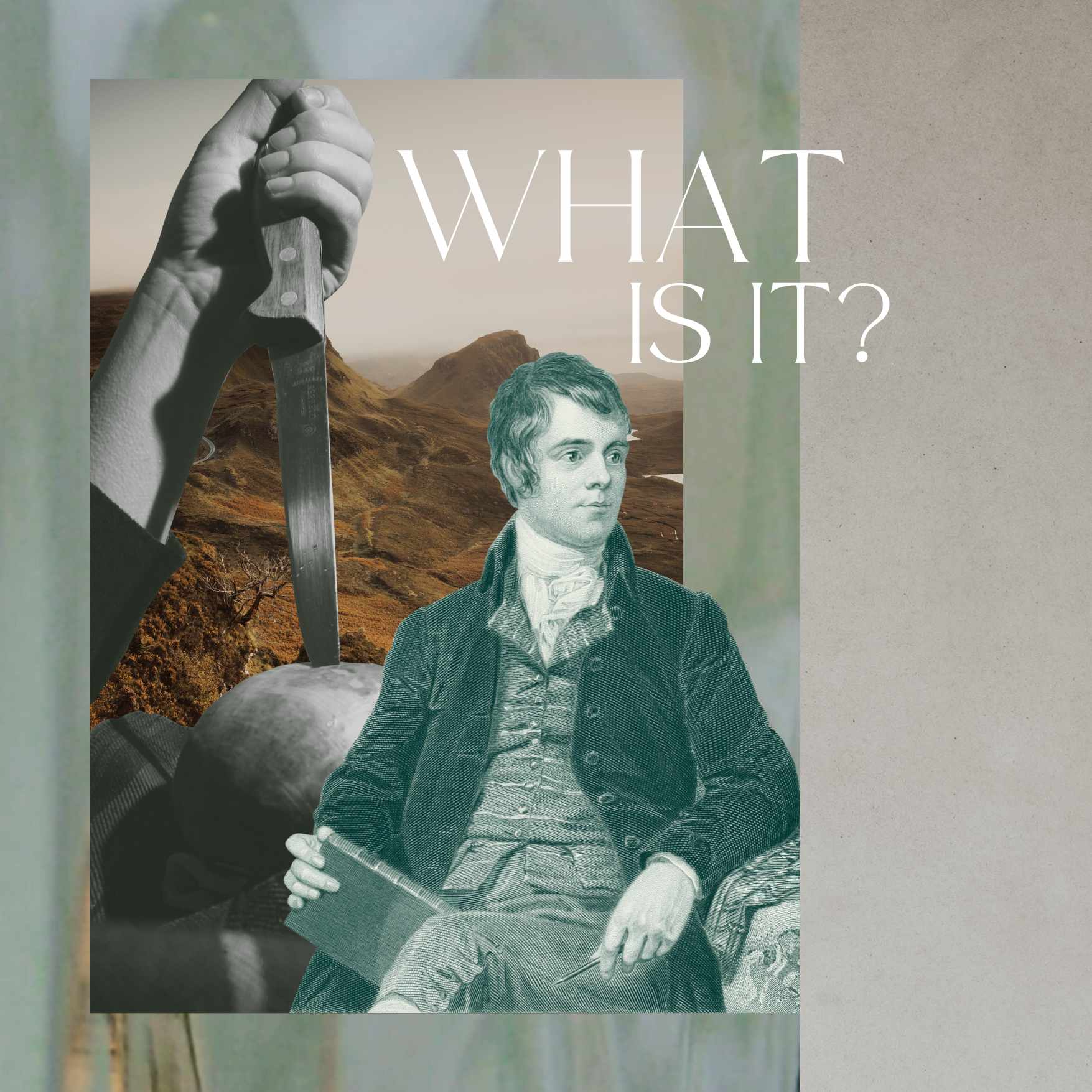 Burns Night takes place on January 25th, involves a traditional Scottish dinner which includes the traditional “Address to the Haggis”. If you go to a Burns Night dinner, you can expect lots of food (yes, including haggis), fun, poem recitals, lots of whisky and often even a smattering of Scottish folk music.

For some what makes it special are the words recited, the act of honouring the life and works of the Bard, the haggis and the conviviality. Fair enough, it’s a wonderful Scottish celebration. But let’s face it, for those south of the border who are less likely to go all in on a Burns Night feast of their own, celebrating is mainly about raising a dram of whisky…

If you are thinking about joining in, our suggestion for what to pour this year involves embracing peat for the night.

Scotch Whisky encompasses a versatile, varied and eclectic mix of flavour profiles. You can literally find something for everyone which is why it’s ironic that we’re suggesting peated malts as it’s fair to say that peat smoke probably isn’t for everyone.

Before we make a case for those hesitating, let’s explain what peat is.

What is Peated Whisky?

Peat smoke is a type of smoke that is produced by the burning of peat (a type of soil composed of partially decomposed and decayed plants). It has a strong, distinct aroma and flavour that comes from compounds called phenols, which is why it is so often used to enhance the taste of foods and why it can be quite polarising. 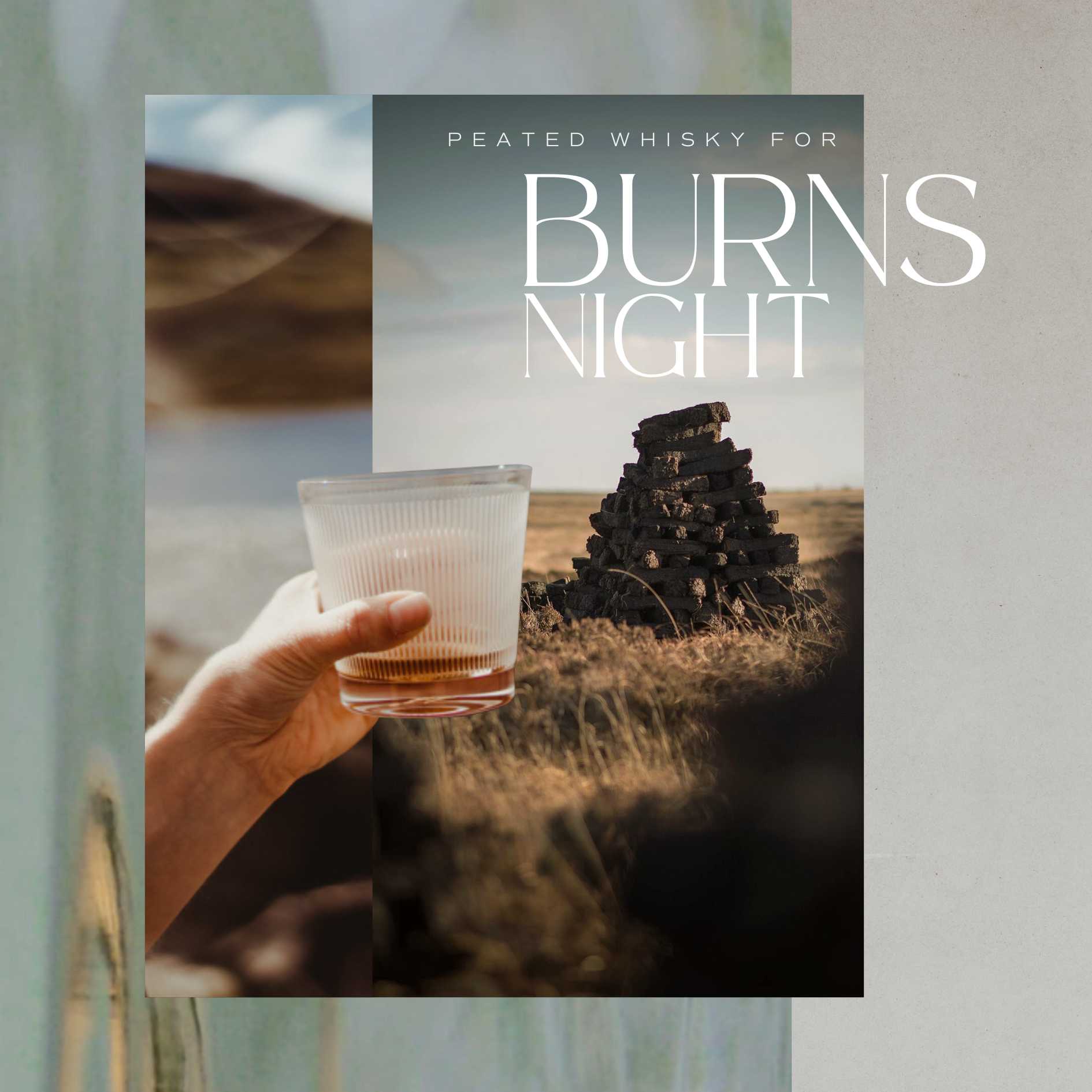 There’s a significant difference between peat smoke and regular smoke even if the terms are often incorrectly used interchangeably. You can love peat and be not fussed about smoke, and vis-versa, you can love smoky whisky but hate peated whisky. While you can taste both while on the tongue, we find it easiest to discern the difference between the two through the aroma and the finish of a whisky.

Smoke in whisky has the same smell you might associate with burning wood. A bonfire so-to-speak. Peatiness, on the other hand can come across as a dank earthiness, and in many Islay malts in particular, peatiness can also have a note of iodine or seaweed. To keep the same analogy – it’s more akin to a bonfire on a beach covered in seaweed.

Once you’ve swallowed your whisky, the difference between the two is even clearer as they diverge significantly. Smokiness leaves a dry, ashy finish, whereas peatiness can leave a damp and often vegetal after-note.

Like or hate it, peat is a unique flavour and in the context of whisky, it comes on a sliding scale. Some have none, some a hint and a low phenol count, others are monsters rammed with phenols and feel like you’ve just opened the kiln doors over a bog pit. While peated whisky can be found across many countries, it’s particularly associated with Scotch and it’s within Scotch that you’ll easily be able to explore that sliding intensity scale to find what works for you.

So, if you’re going to celebrate Scottish traditions by raising a dram of whisky on Burns Night, why not try something that’s as captivating and transportive as you can?

It’s the perfect opportunity to try it and when you engage with the broader context of the night, you can start to appreciate how interlaced both whisky and particularly peated whisky is with Scottish culture, history and celebrations. They are one and the same and seen in that light, the what’s in your glass becomes far more than a golden-hued spirit – just like the Bard’s words it’s a bridge to Scotland and to its land. 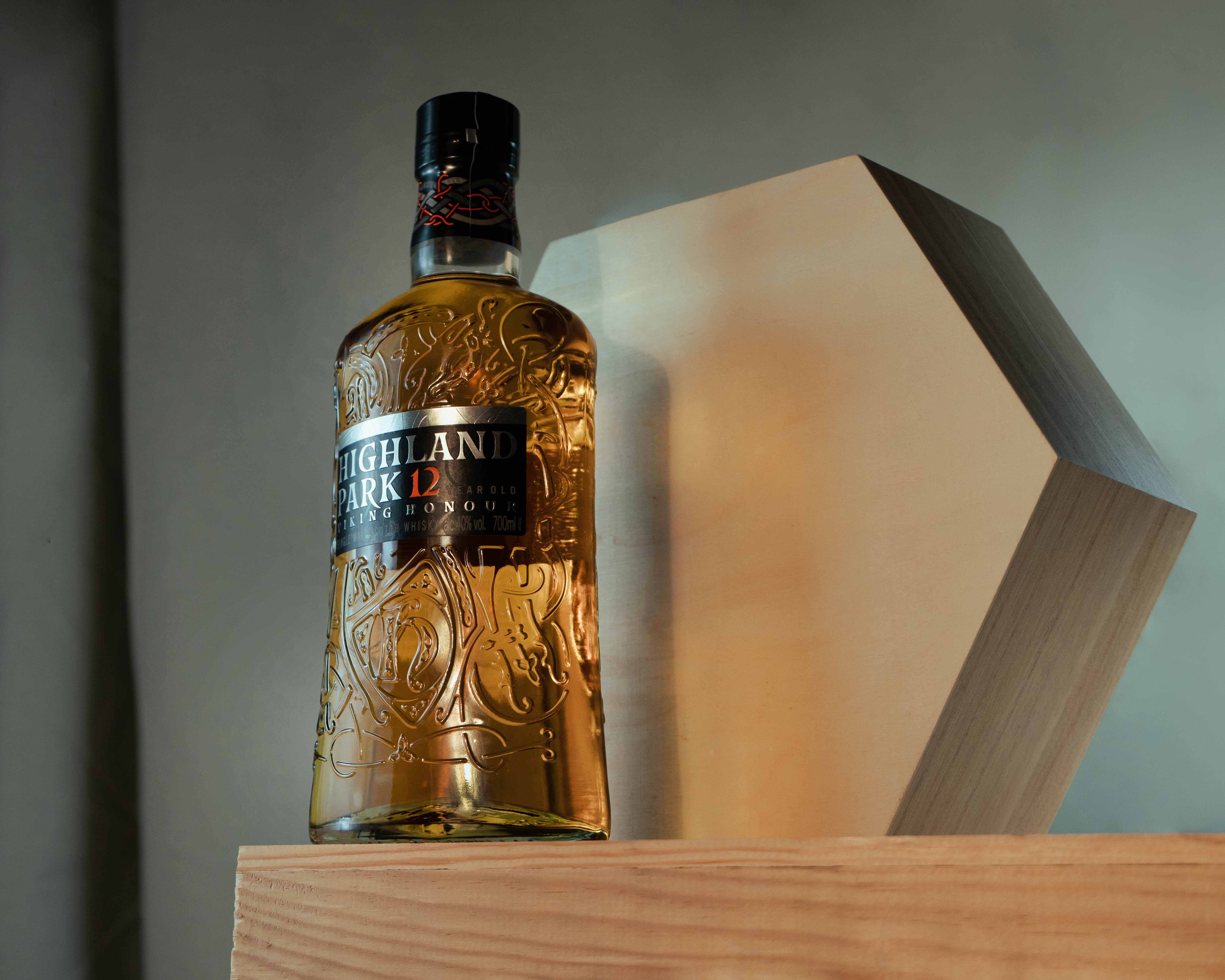 Highland Park 12yr is produced on the Scottish island of Orkney, and this expression is celebrated by industry experts for its exceptionally well balanced smoky and sweet tones. 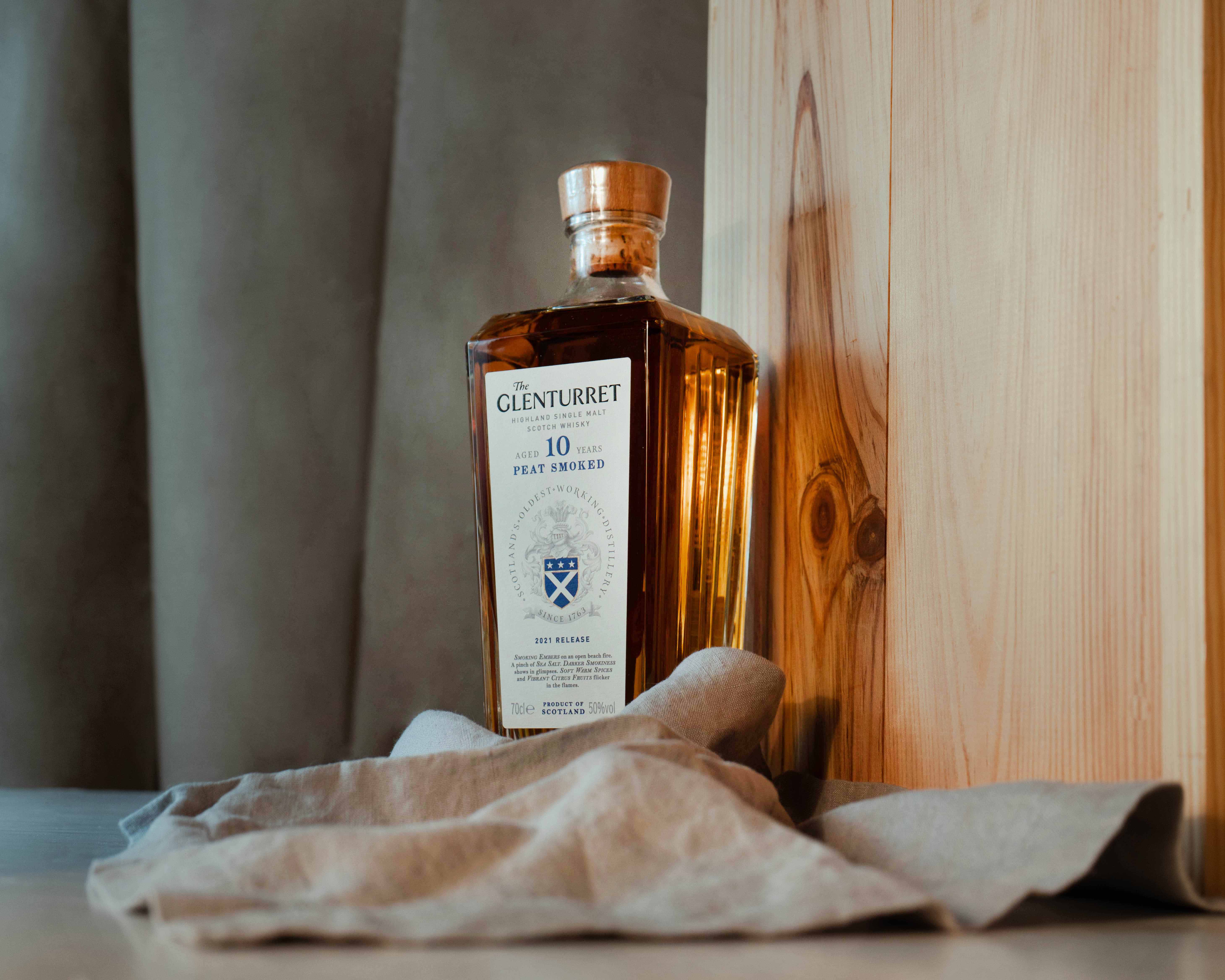 Glenturret's 10 Year Old Peat Smoked is an approachable sweet-and-smoky single malt with an aroma that’s reminiscent of smoking embers on an open beach fire with a generous pinch of sea salt. 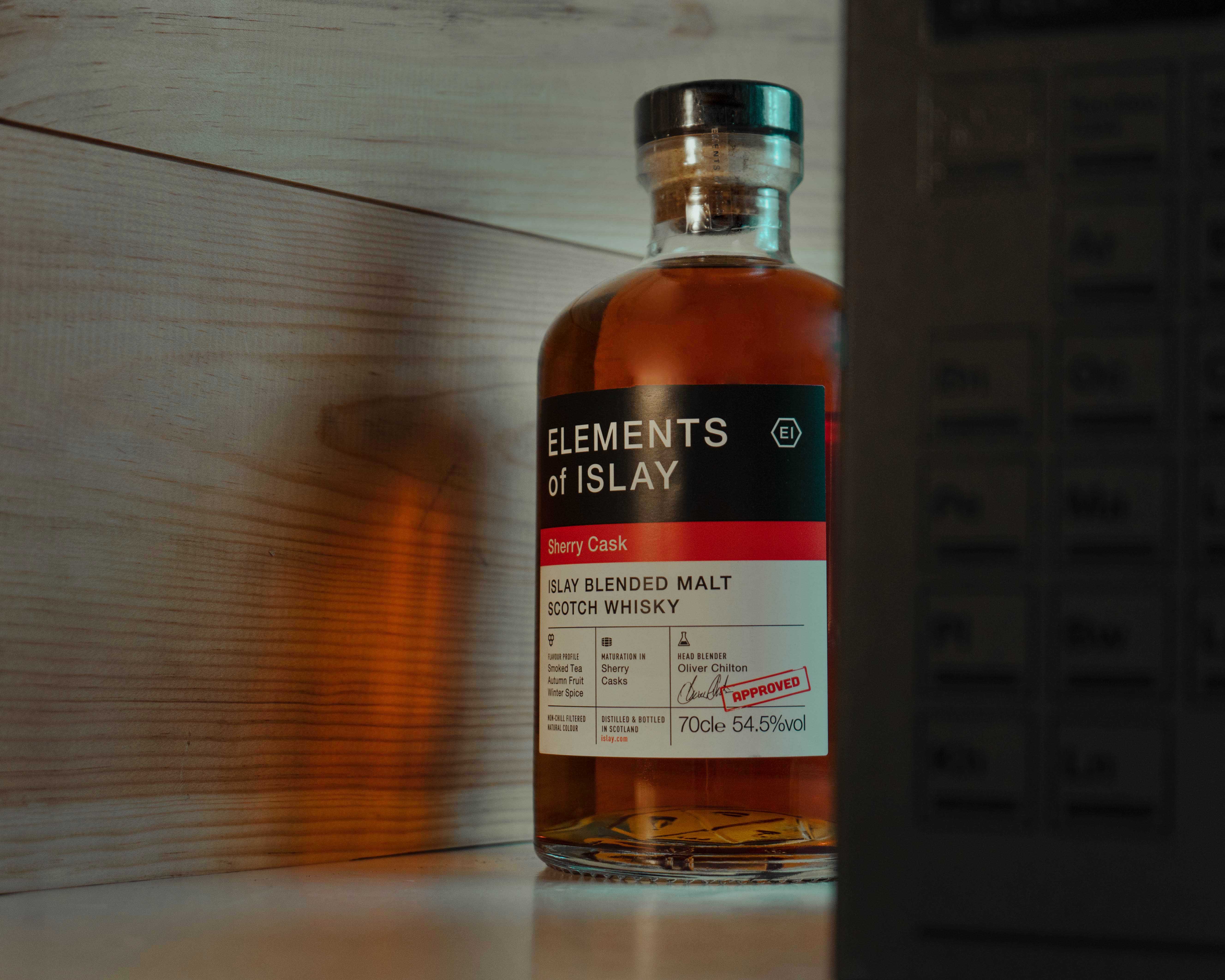 It’s got it all - Residual aromas of a sandalwood cigar box lead a touch of peated menthol. The mouthfeel is rich and unctuous. Candied orange, Muscovado sugar, ginger cake and sweet smoke emerge before a finish of spiced autumn fruits and smoky black tea. 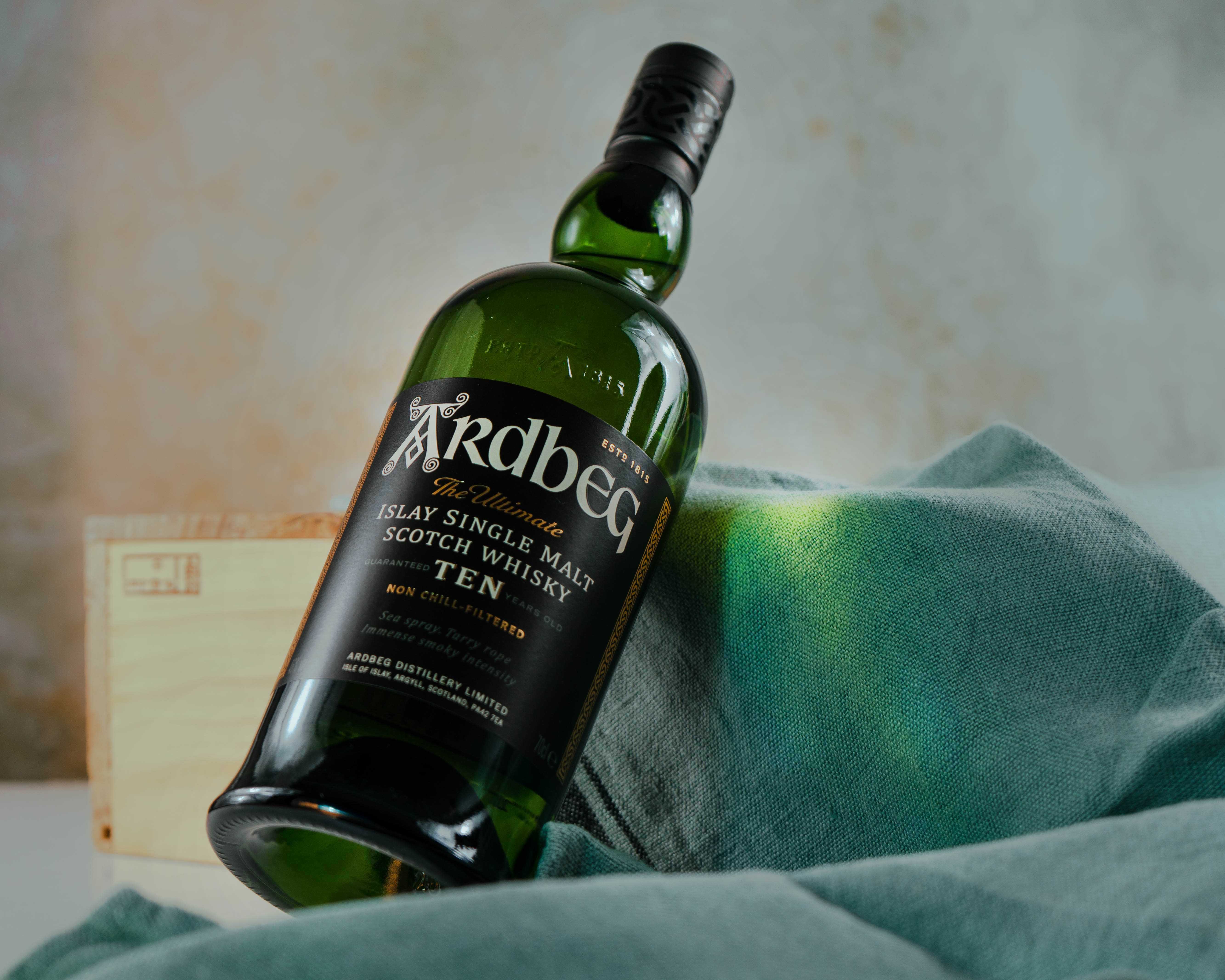 The highly regarded Ardbeg 10 Year Old Single Malt provides a full sensorial hit. It’s big bold and has aromas that capture the maritime air and herby pine woodlands, while to taste it absolutely bursts to the seams with peaty, smoky notes.

Whether you choose an Islay single malt, an approachable sweet and smoky blend, or a rich, potent whisky with peated menthol notes, peat smoke adds a unique and delicious dimension to the festivities. Slainte!