There is no time of year when Irish Whiskey isn’t a staple part of our cabinet. We frequently pour a glass, make and Irish Coffee or serve it long by lashing it with ginger ale in a deliciously refreshing mix.

More so, there’s now an unbelievable diversity in the category and an energy to the scene there. It seems that Irish Whiskey is enjoying a renewed sense of confidence and prosperity – and it’s a great spirit to explore for those curious about production and process.

You should give it a try. And if you don’t share our fondness for a dram, a dash or a two-digit measure - St Patrick's Day is a great way to dip into Irish Whiskey and discover what all the fuss is about. It certainly beats those dire green beers too…

Besides, it’s almost strange that Irish Whiskey is still making its way back from the fringes when you consider the spirit’s past. With their huge pot stills and consistent spirit flowing – it reigned supreme over Scotch for most of the 19th century. Unfortunately, the boom was followed by complete disappearance and for a long time there were only three operational distilleries.

Thankfully better days are back for the Irish distillers and we for one are happy to champion them by raising a toast or two on the 17th March next week.

Here are some of our favourites. 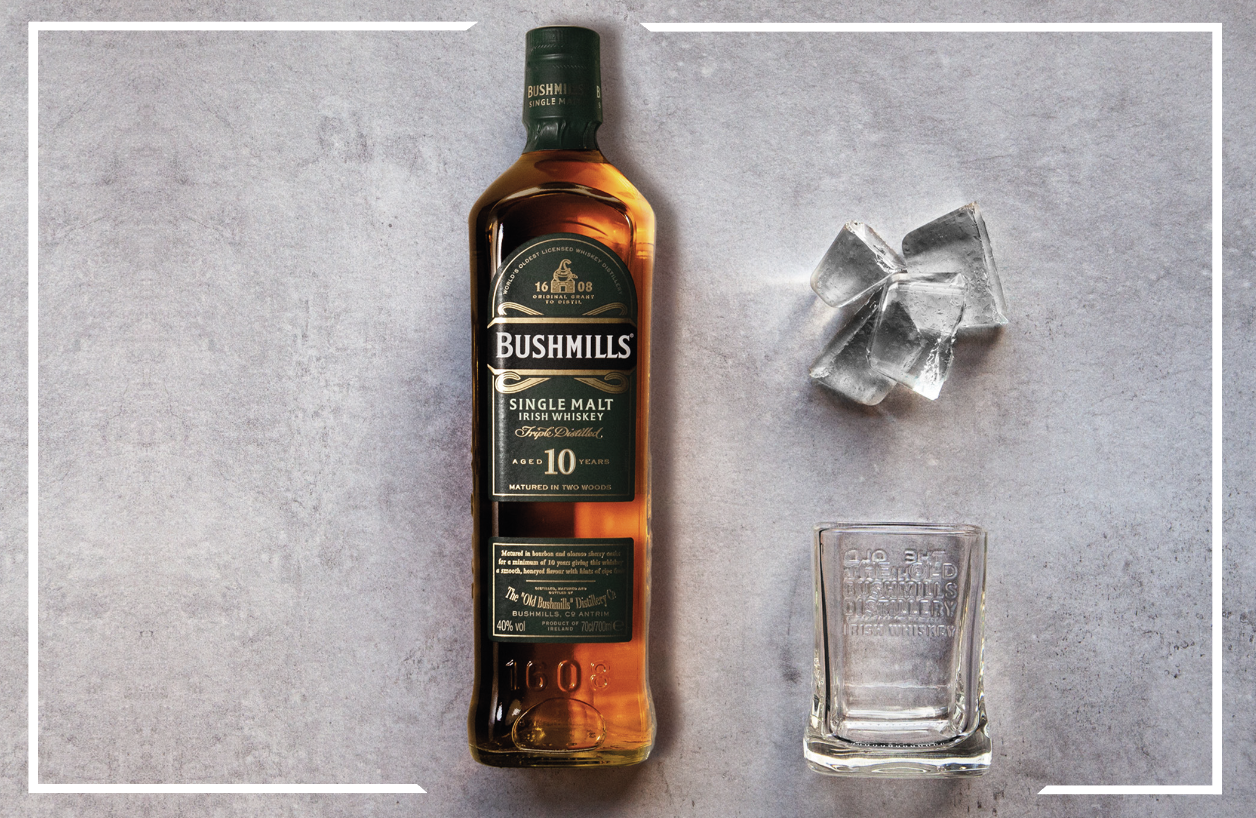 Bushmills 10-year-old may seem like quite a generic place to start but if you are new to Irish Whiskey, it’s also a great introduction. Yes, it’s a big name and a big distillery. But that’s why it’s also a brilliant start point – they have shaped the category for decades.

It’s also a benchmark of quality and for what you pay, the quality is impeccable. For us, it’s the go-to for Irish Single Malts as it accessible, easy going, (it has the distinctive Bushmills' light fruity aroma,) but with depth and character (a honeyed oak profile).

Flavours aside - Bushmills production was overseen by Master Blender Helen Mulholland, who has worked there for over 27 years. She is one of the icons of the distilling world and her spirits (and her story) are always worth discovering if you haven’t already. She recently handed over the reigns to Alex Thomas who takes up the mantle and continues her legacy in each bottle.

It gets its rich flavour profile by liquid blended from carefully matured & married casks of malt, grain and pot still whiskey meaning the full spectrum of the category is married into the mix. Distillation process aside, the use of different casks is also quite interesting. They use a five part blend from Virgin Oak Grain, Ex-Bourbon Grain, Ex-Oloroso Pot Still, Ex-Bourbon Double Distilled Malt and Ex-Bourbon Peated Malt.

Enjoy it for the complexity of flavour, but for those who want to scratch the surface of how it’s all made – this is an interesting one to investigate. 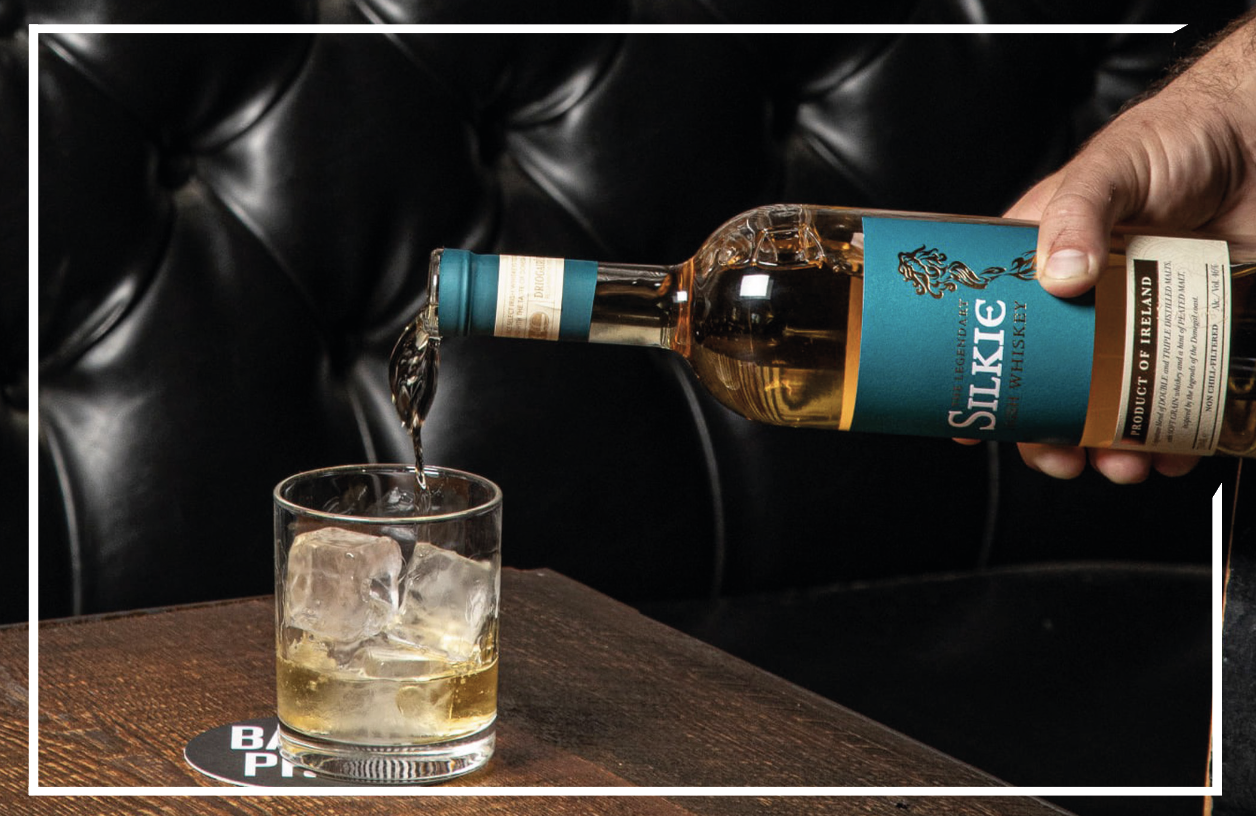 The Legendary Silkie is a blend of Irish malt and grain, blended by Sliabh Liag Distillers who are at the start of their own journey. It is the perfect sipping whiskey that showcases their stellar future potential and how the scene is shaping up. New makers are now often working with other established names as they build, showcasing their sense of style through blends as they wait for their own stock to mature (and in this case, stills to start flowing).

The Legendary Silkie is exceptionally smooth with crisp green apple to the fore, ripe red fruits, gentle peat smoke and an oaky sweetness which gives way to a long lingering finish of gently warming spice.

Still not convinced about the sheer joy and delight of Irish Whiskey? Tough crowd. Maybe this might work as an intro instead… A liqueur made with a combination of Irish whiskey, caramel and vanilla.

Shanky’s Whip is great for those with a sweet tooth and who like to have a shot alongside their pint of Guinness, or are looking to make an Irish Coffee. We find that the aromas of toffee, buttered toast and cream waft up on the nose. The whiskey, sweet spice and vanilla push through strongly to taste, which is why we usually serve it up with cola.