Whether you’re heading out or barricading yourself in for the night, as a celebration largely adopted from the USA, Halloween is a night that divides the nation. But it doesn’t have to be about gammy broomsticks and lashings of fake blood (although that’s okay, too). Taking cues from Mexico’s day of the dead, Halloween can be an elegant affair, with gruesome sounding cocktails that are actually quite delicious… 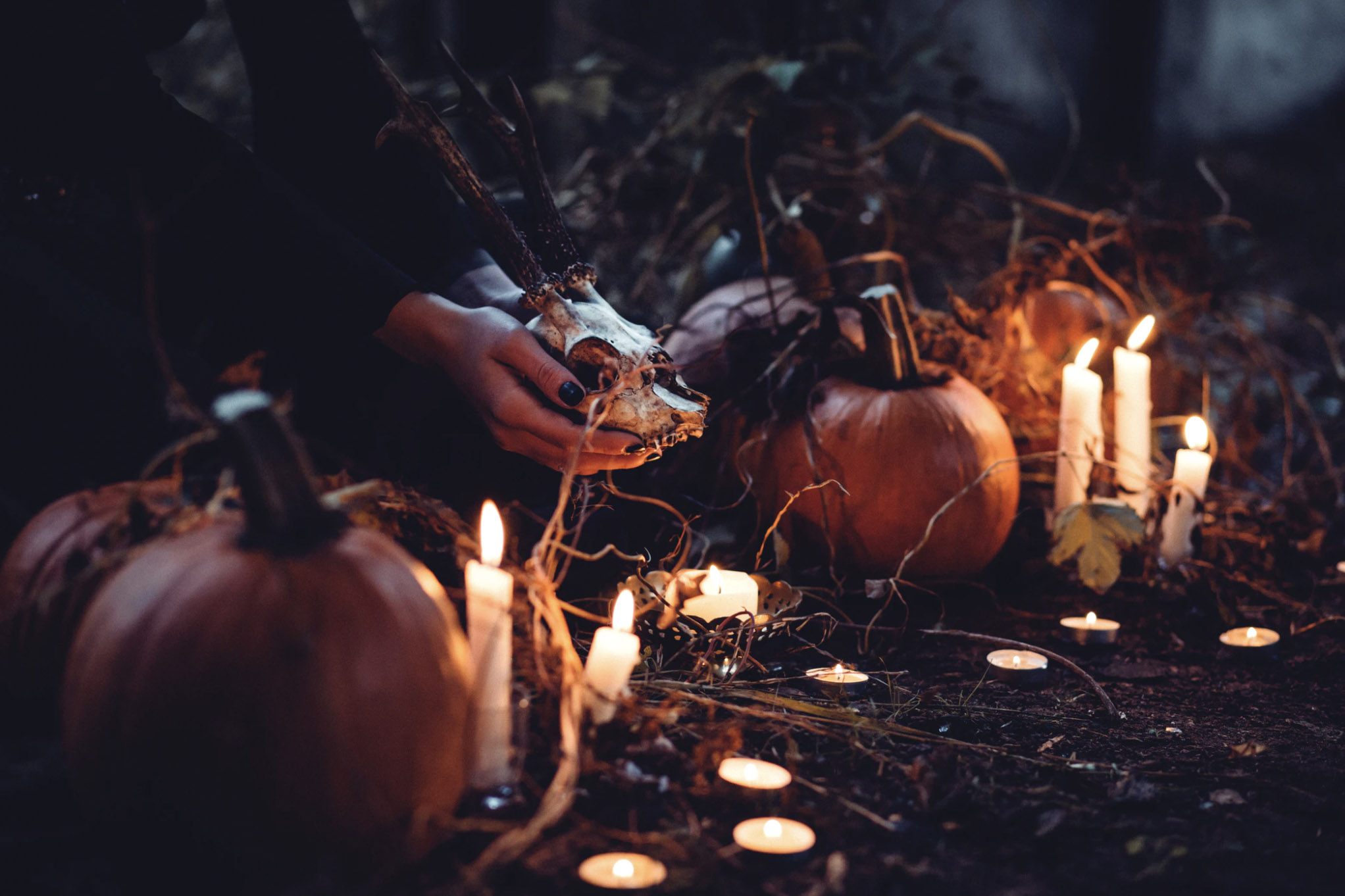 Named so for its potent combination of spirits (yes - this one features absinthe), the Corpse Reviver was first mentioned in 1861 in the British satirical magazine Punch and is said to have such an impact on the imbiber that it can revive the dead, hence its rather sinister name.

A few different variations of the Corpse Reviver have appeared over the years but our favourite here remains the gin-based recipe. Jawbox Classic Dry Gin, with noticeable juniper on the palate alongside hints of liquorice and mountain heather, as it provides the perfect partner to the addition of absinthe that the Corpse Reviver is so renowned for. A coupe glass, chilled to frosted in the freezer, is the ideal choice, filled with equal parts of gin; Triple Sec; Lillet Blanc; and lemon juice, shaken over ice. Add a dash of La Fée Absinthe Parisian and if desired a little sugar syrup.

A Tiki cocktail consisting of rums, fruit juices and liqueurs, the Zombie was created in the mid-1930s, when American restaurateur Donn Beach attempted to cure a customer’s hangover with a very strong hair-of-the-dog. Due to its high alcoholic content, Beach later went on to describe it as a cocktail that could make someone “like the walking dead” and we think it would be hard to find a cocktail more fitting for Halloween.

With notes of saffron cake and orange zest, the aptly named Dead Man’s Fingers Spiced Rum offers an exotic twist on this classic cocktail, blended with a pure white rum such as Matusalem Plantino Rum. Top up with pineapple juice, fresh lime juice to taste, and a splash of Grenadine to give that blood red hue.

You don’t need a black spirit to create this mysterious looking cocktail. Black Magic combines vodka with sugar syrup and fresh lemon juice, shaken over ice with a couple of drops of a natural black food colouring. Choose Crystal Head Vodka for a clean and refreshing premium spirit in a Halloween-worthy bottle that wouldn’t go amiss as the centre piece of any spooky themed table.

Transport yourself to Mexico and the deliciously eerie Día de Muertos (Day of the Dead) festival with El Diablo, or The Devil, cocktail with tequila and blackcurrant. Ocho Reposado Tequila, with notes of vanilla and agave which are intensified by the El Diablo’s refreshing flavours of blackcurrant and citrus. Mix three parts tequila to one-part crème de cassis and one-part fresh lime juice before topping up with ginger beer.

The Last Word combines equal parts of gin; Luxardo Cherry Liqueur; Green Chartreuse Liqueur; and fresh lime juice for a delicious cocktail with a ghoulishly green hue. Offering a creamy base peppered with cardamom spice, Bertha’s Revenge Irish Milk Gin makes a great choice for this cocktail and with a suitably sinister name. Originally a prohibition creation, it’s the perfect tipple to sip on while hiding away from those sugar-thirsty trick-or-treaters.