Mark your calendars and circle the date - March 21st will mark the inaugural Vermouth Day. It's a day in which fortified wine lovers raise a toast, make a cocktail or two and collectively join in a shared appreciation of the classic Aperitif.

If you are reading this, the chances are you already know of such an event and call it Tuesday, but this is a more global affair, with events, vermouth tastings and chatter on a slightly larger scale than just in your living room... 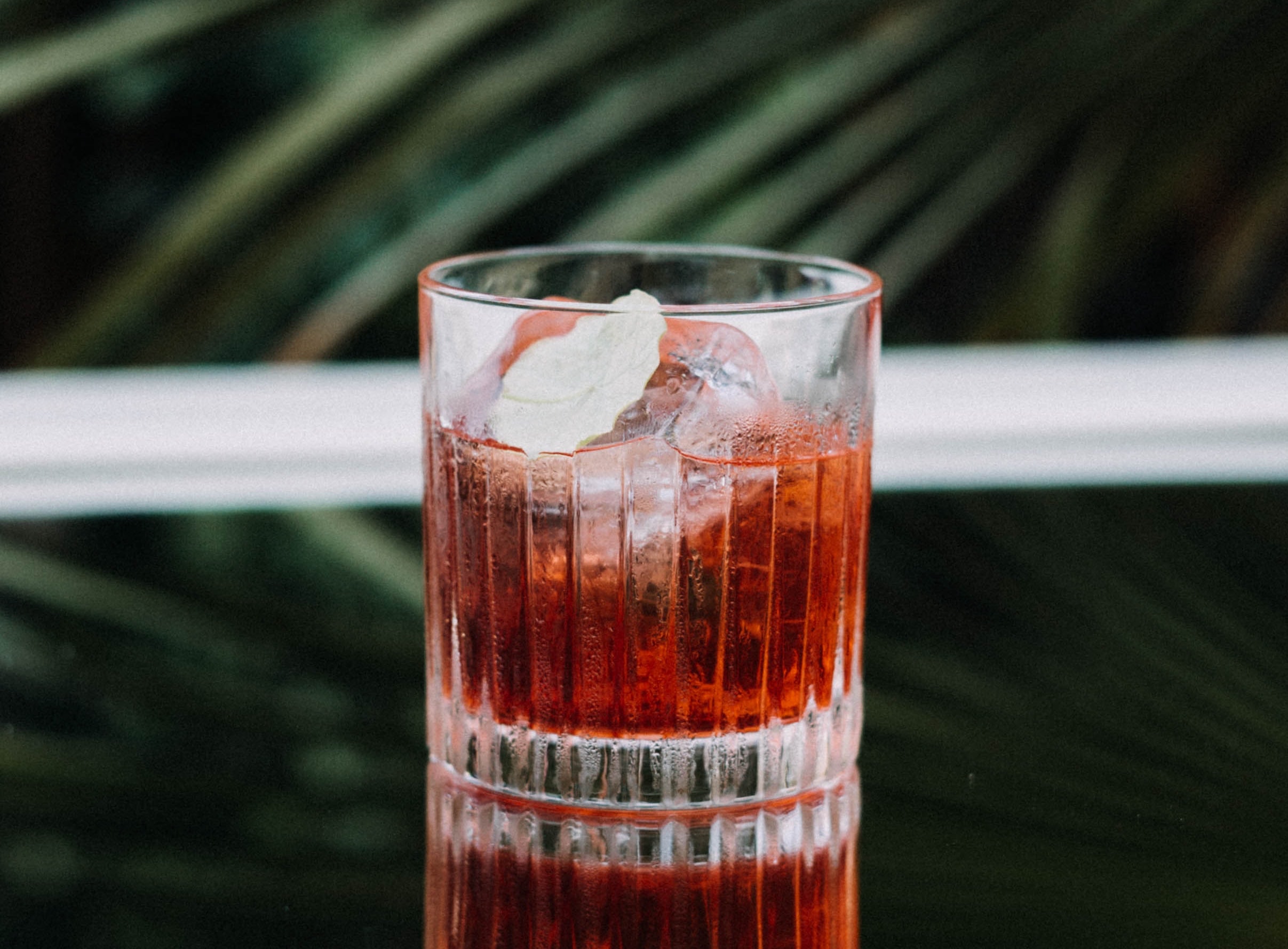 It was founded by Giancarlo Mancino  but this it isn't about his brand nor indeed, Italian Vermouth. He says “On Vermouth Day we want to celebrate Vermouth in all its forms, without barriers – vermouths from every country, colour and flavour, each with its own production method”.

To join in, our brilliant Aperitifs Curator Sara Jane Davis will be hosting Insta Lives, posting info and inspo and celebrating more than ever for the entire fortnight around the 21st to help you all understand a little more about her beloved Vermouth.

Make sure you follow her insta ahead of time @LoveGinAndRex to not miss out on her insight!

Here's a little preview of some of the names she'll be talking about and some suggestions for vermouths to get hold of ahead of time... 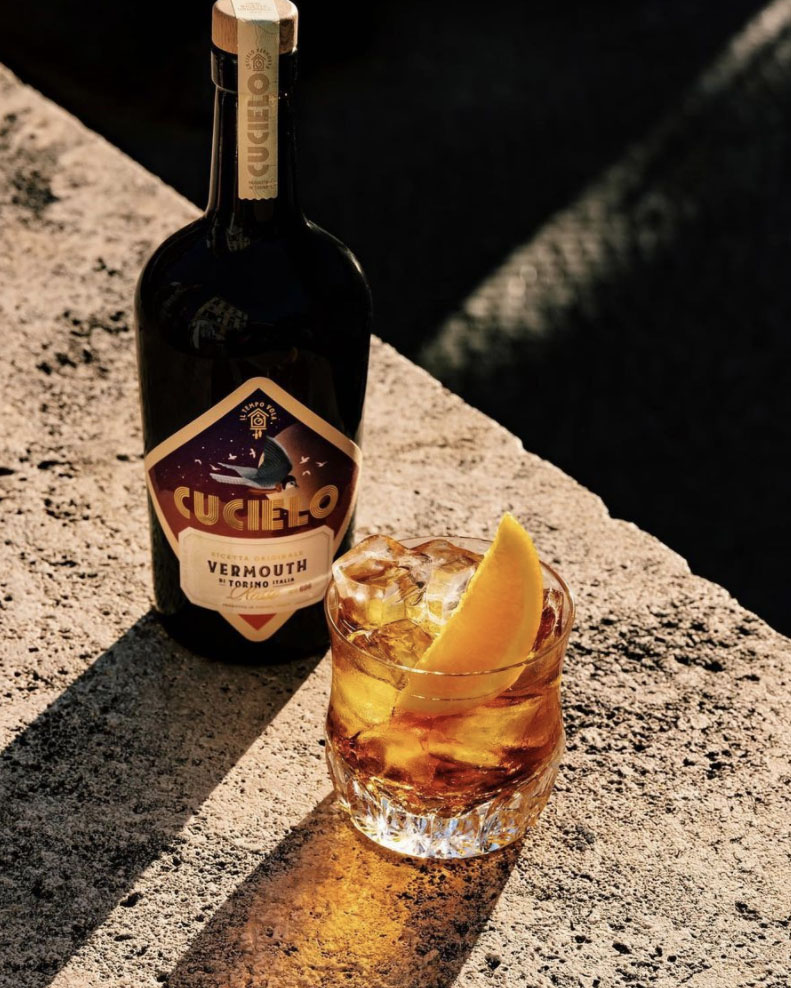 CUCIELO was created by Andy Holmes, the managing director of Artisan Spirits, who collaborated with Torino Distillati’s master blender, Carlo Vergnano to perfect the profiles. While those names will not mean much to most drinkers, they are essential to understand just why the vermouth is so highly regarded.

Holmes is a drinks distributor and his sense of what works for cocktails (and why) has ensured CUCIELO is a versatile ingredient. Meanwhile Torino Distillati is in the heartland of Vermouth, meaning anything they make is always going to have a strong classicism about it. The perfect combo for Negroni lovers... 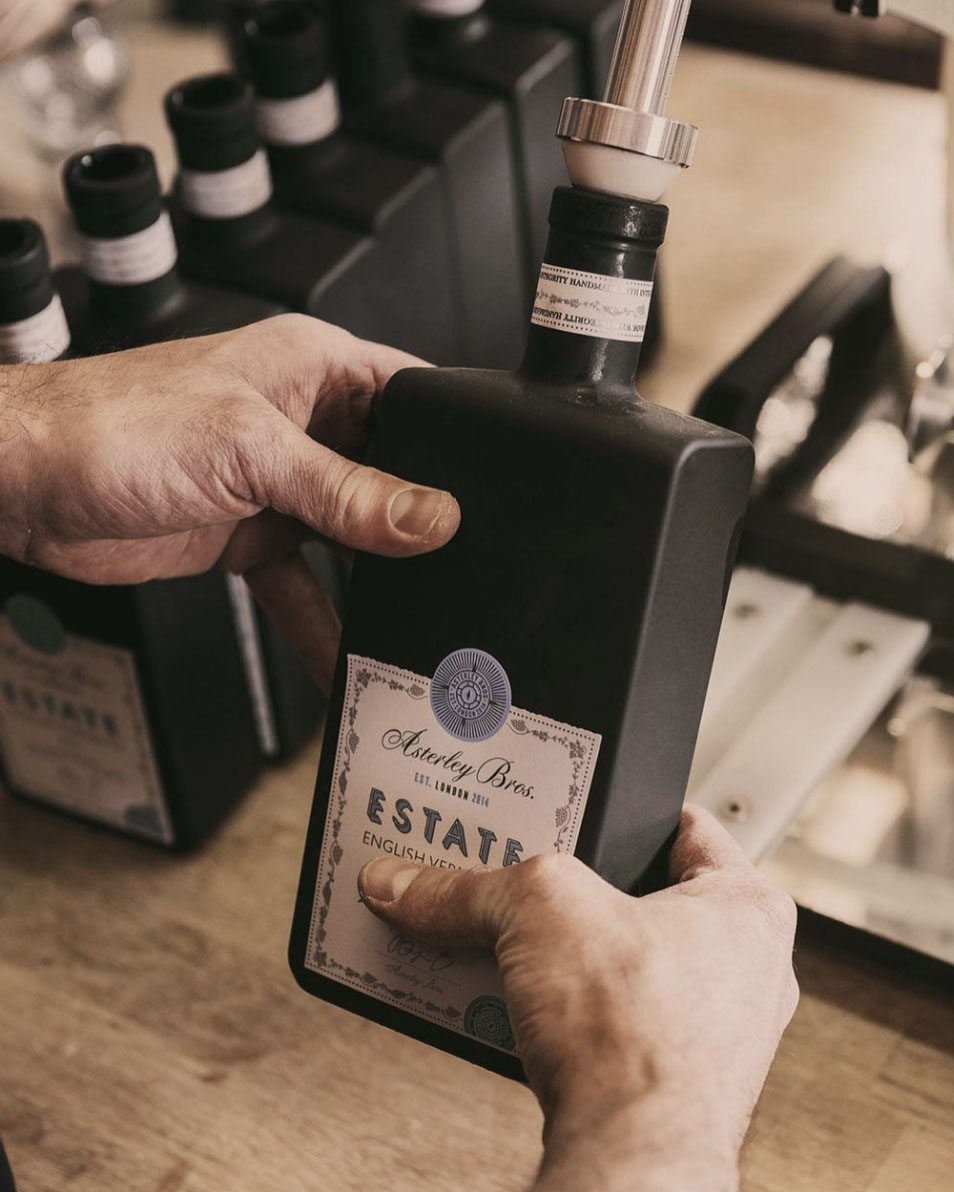 Asterley Bros have quietly been making a name for themselves in the Vermouth world since they launched in 2017. They make all their products by hand in South London, with an emphasis on using British ingredients. Each has its own distinct style but our favourite in the range is the Estate Sweet Vermouth.

It's perfumed, fragrant and bright with heady top notes of citrus (orange, grapefruit and lime) and dried fruits to follow. There are a total of 31 botanicals that are infused into an English pinot noir base. It's a lovely Spring sipper, but we like it in a Martinez where it seems well suited to a good splash of Maraschino and Gin. 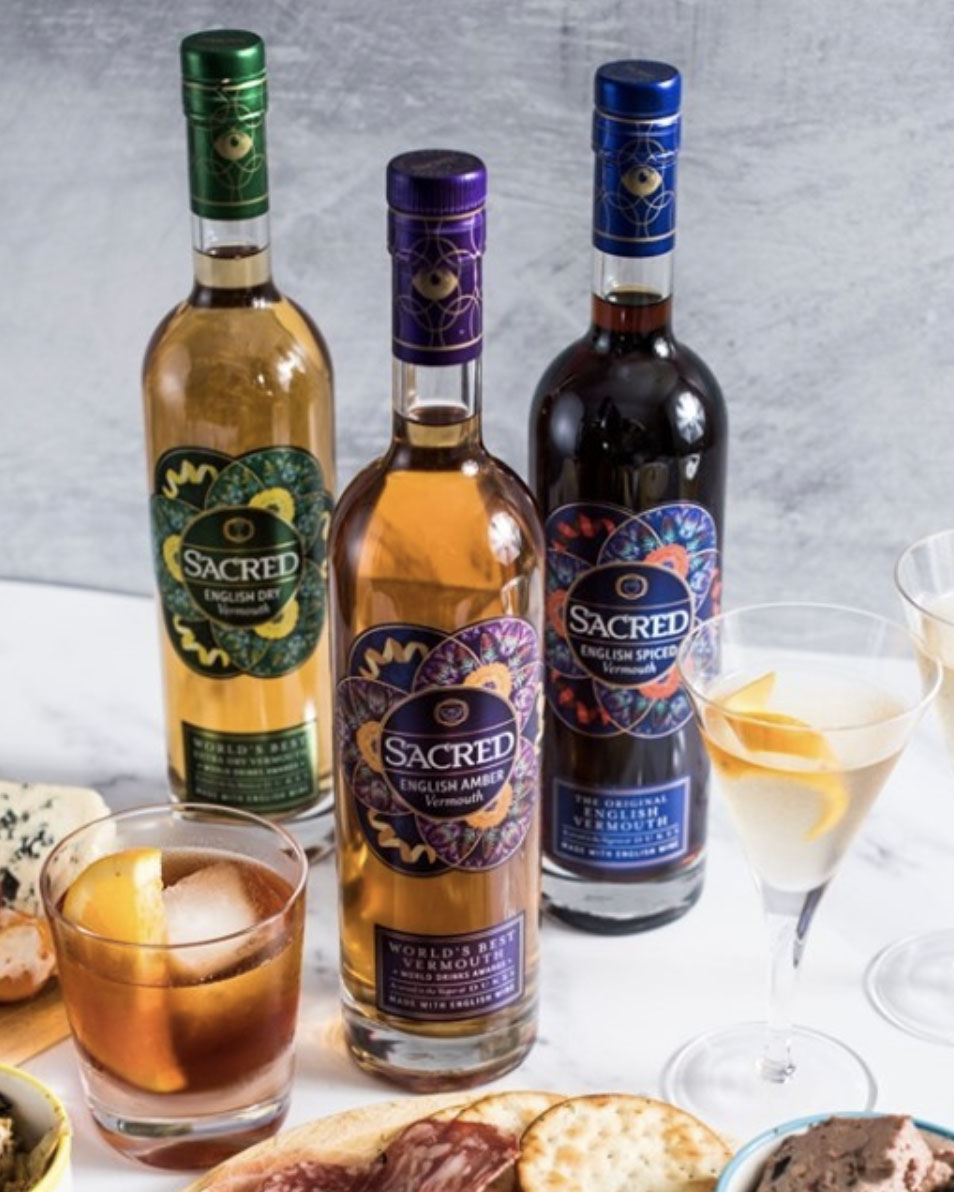 Another Vermouth range using an English wine base is Sacred. Their Amber drew our attention initially as it was intentionally designed to be similar to the legendary Kina Lillet and so, an essential for anyone looking to make an authentic Vesper Martini. We've since dispensed of spirits and mostly enjoy quaffing it on its own! Delicate, floral & with a distinct note of Spanish sweet orange.

It's a favourite of Sara's - be sure to join her and the Sacred distillery team on the 21st March for an INSTA LIVE chat and tutored tasting.

A producer that will be making an appearance over the fortnight will be Contratto. The first Contratto Vermouth recipes date back to the 1890s, and over the next few decades slowly moved from a way of masking oxidised wine into a genre of its own, equipped with a brighter and fresher recipe. In the 1920s Vermouth production dramatically increased, and by the 1930's Contratto Vermouth di Torino became so popular the winery's annual production totalled over 100,000 bottles.

30 years later (and a World War), the landscape had changed dramatically once more and with so little demand the Contrattos decided to cease the production entirely in 1960. Thankfully they have revived 6 historical recipes for us all to enjoy today but the magic of this producer lies in this century long heritage. Their cellars are even a UNESCO World Heritage site.

With so much to uncover and explore, Contratto offers a fascinating glimpse into the category as a whole - ideal for a day of celebration around the category. 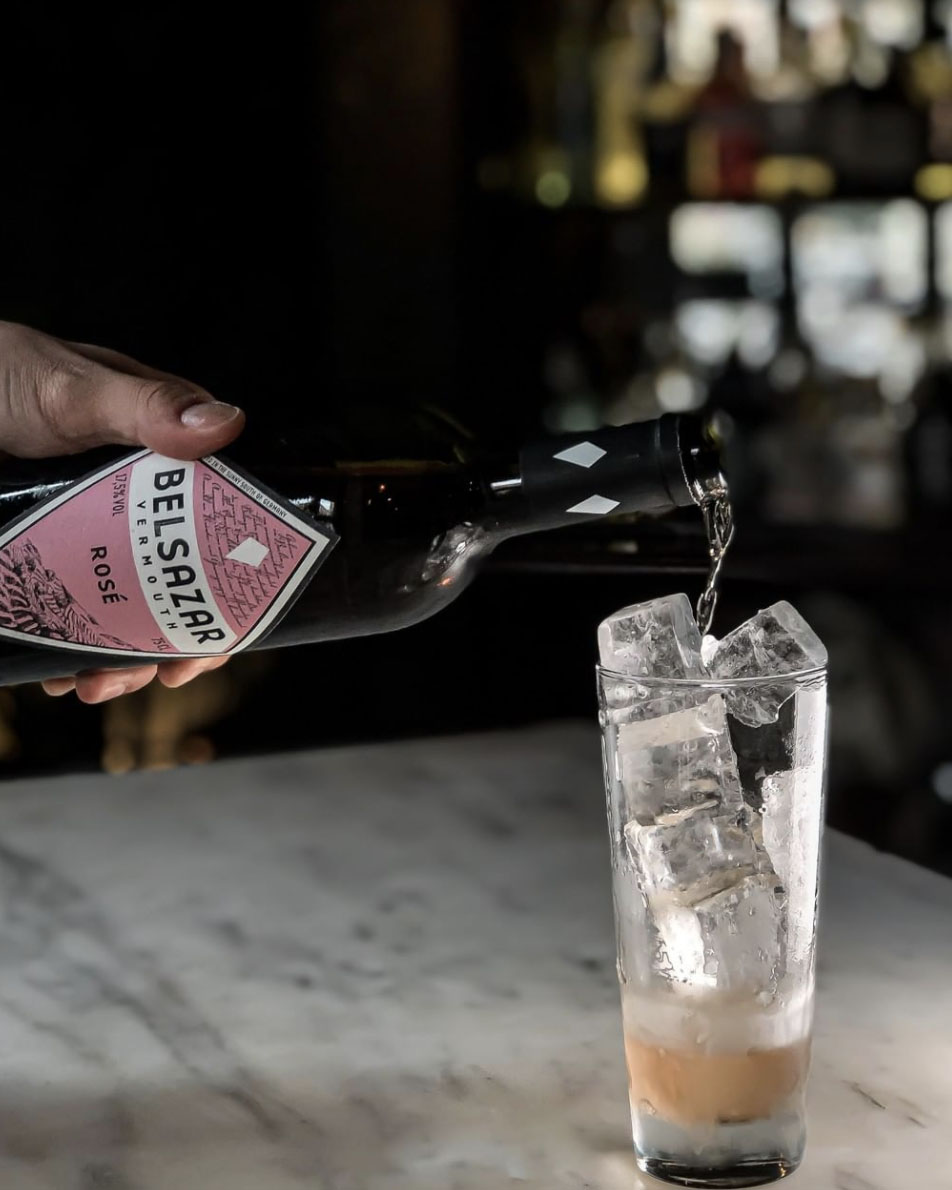 From the very old to the super modern - German made Belsazar Vermouth has been at the forefront of the recent revival of Vermouth. Their trick is to create a subtle sweetness by adding Black Forest grape must and fortifying it with oak aged brandy and in doing so, have built something familiar but fresh and lively.

While the White Vermouth is delicious both chilled and served neat or in a Martini, the Rosé remains one of our favourites at this time of year, with pink grapefruit, Seville orange on the fore and a raspberry and redcurrant finish - it makes for an uplifting springtime Spritz. 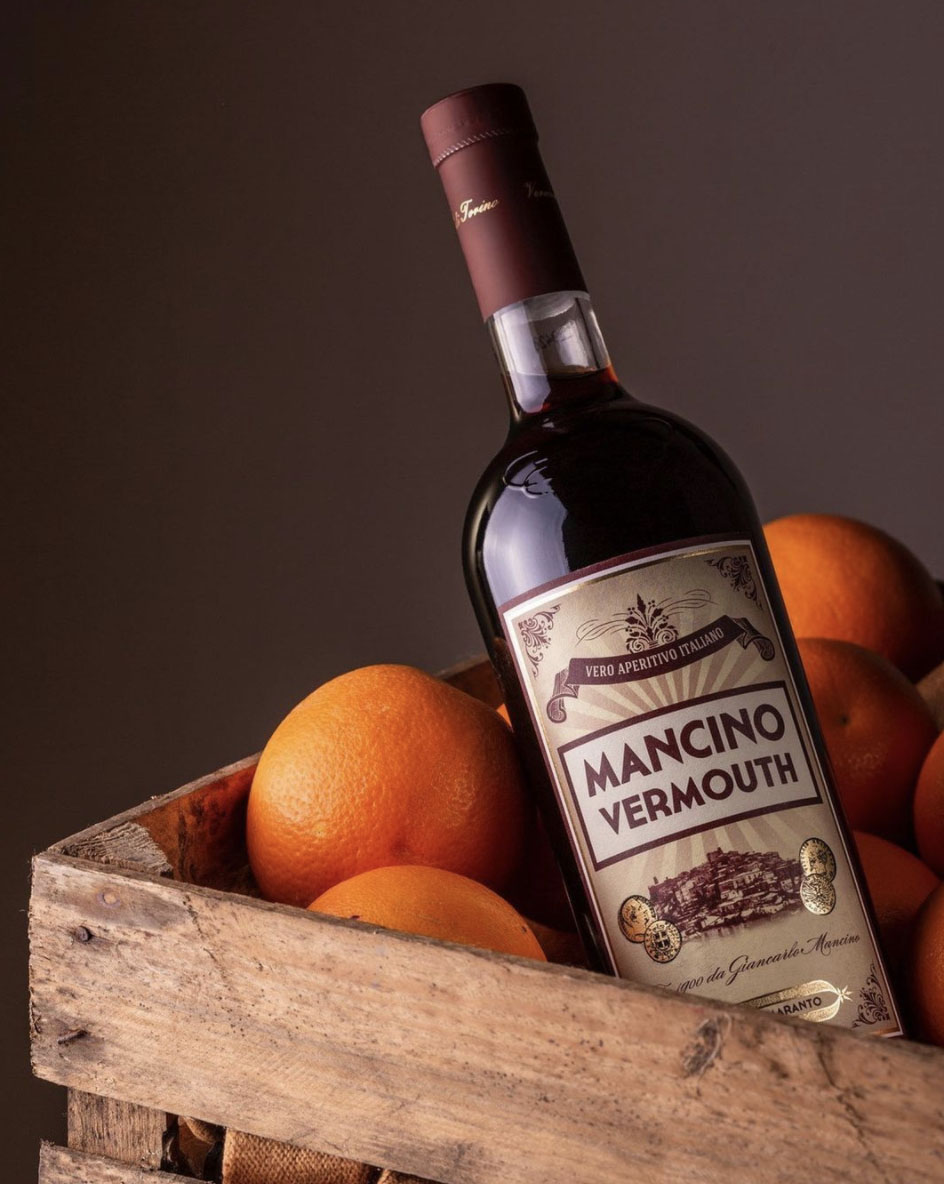 Given Mr Mancino is the chief instigator of Vermouth Day, expect to see many of his offerings pop up on feeds and fair warning, many will be describing it with the kind of adjectives that will give you serious FOMO, so plan ahead...

Our pick of the bunch would be Mancino Sweet Vermouth as it's a classic, works across all the staple cocktails and has aromas of vanilla, rhubarb and juniper. It's a solid Negroni option but because the oaked wine and myrrh flavours lead a clove and cinnamon finish, it's also good on the rocks with a hearty charcuterie board too. 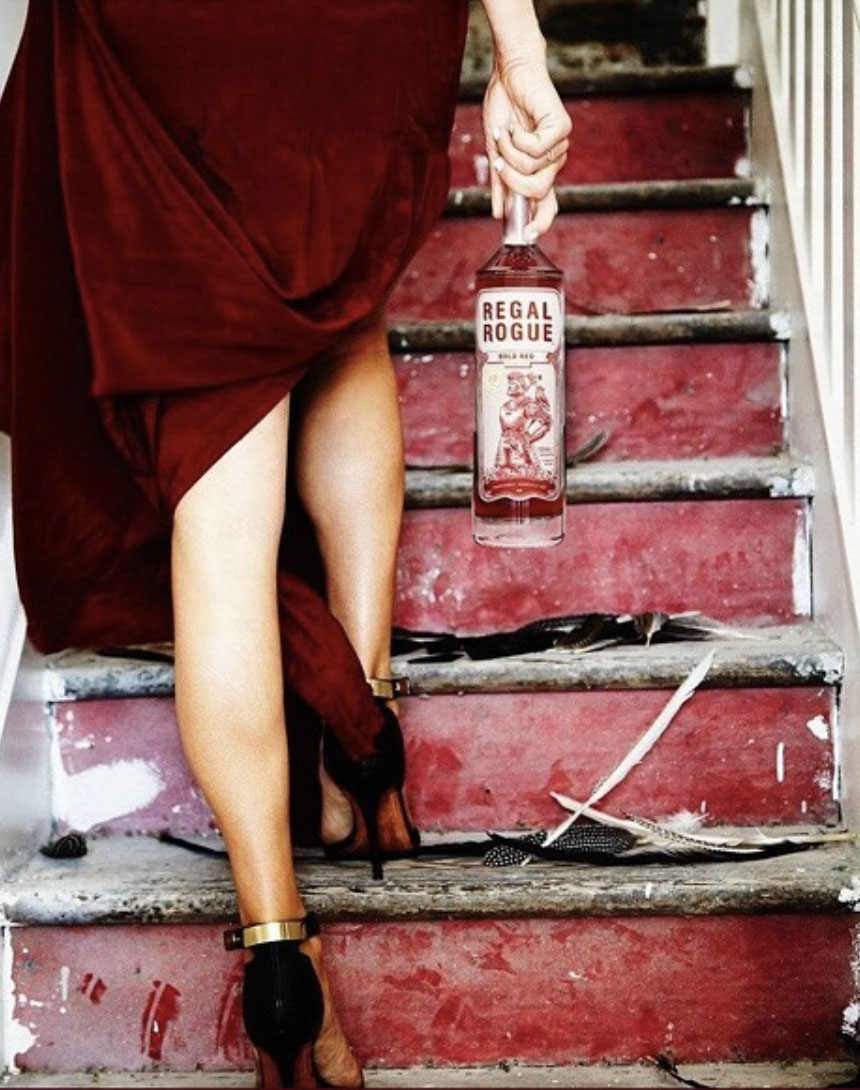 Last but not least, you can look forward to Sara showcasing the delights of the Regal Rogue range. The Australian Vermouth is, probably, the brightest and freshest Vermouth you'll ever find. It literally bursts out of the bottle and because of that makes for an interesting partner to pair up with and one where a little insight and some tips of the trade goes a long way.

It's not just the underlying wine either (Barossa Valley Shiraz with Hunter Valley Semillon for the red), but the use of unusual Australian botanicals like pepper berry, wattle seed and red gum and other myrtles that give it a marked point of difference.

Don't forget to stock up ahead of time so that you can join in the fun! Between all the action on  Sara's Insta at 6.30 each day from the 16th and all the other the insights from fellow enthusiasts, Vermouth Day offers up a unique chance to dig a little deeper into the category.

You can browse through our Aperitifs Collection to see the dozens of vermouths we have in stock, or please get in touch if you need a more tailored recommendation for what might suit you best.