For his second blog on Spirits Kiosk, our Tequila and Mezcal Curator Jesse Estes goes right to the heart of the Agave action and answers the question that he is asked most often at events or when behind the bar - What are the differences between Tequila & Mezcal? 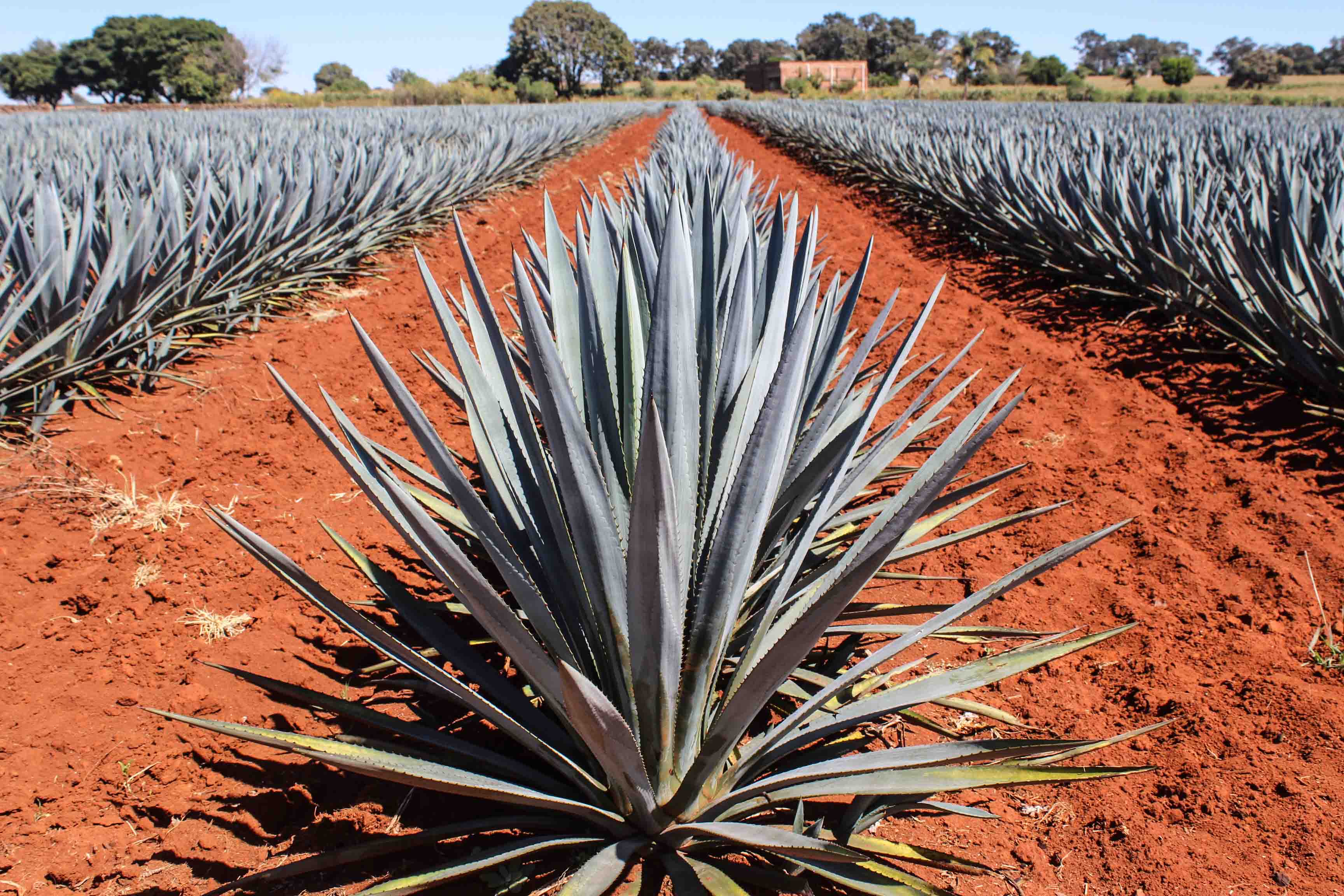 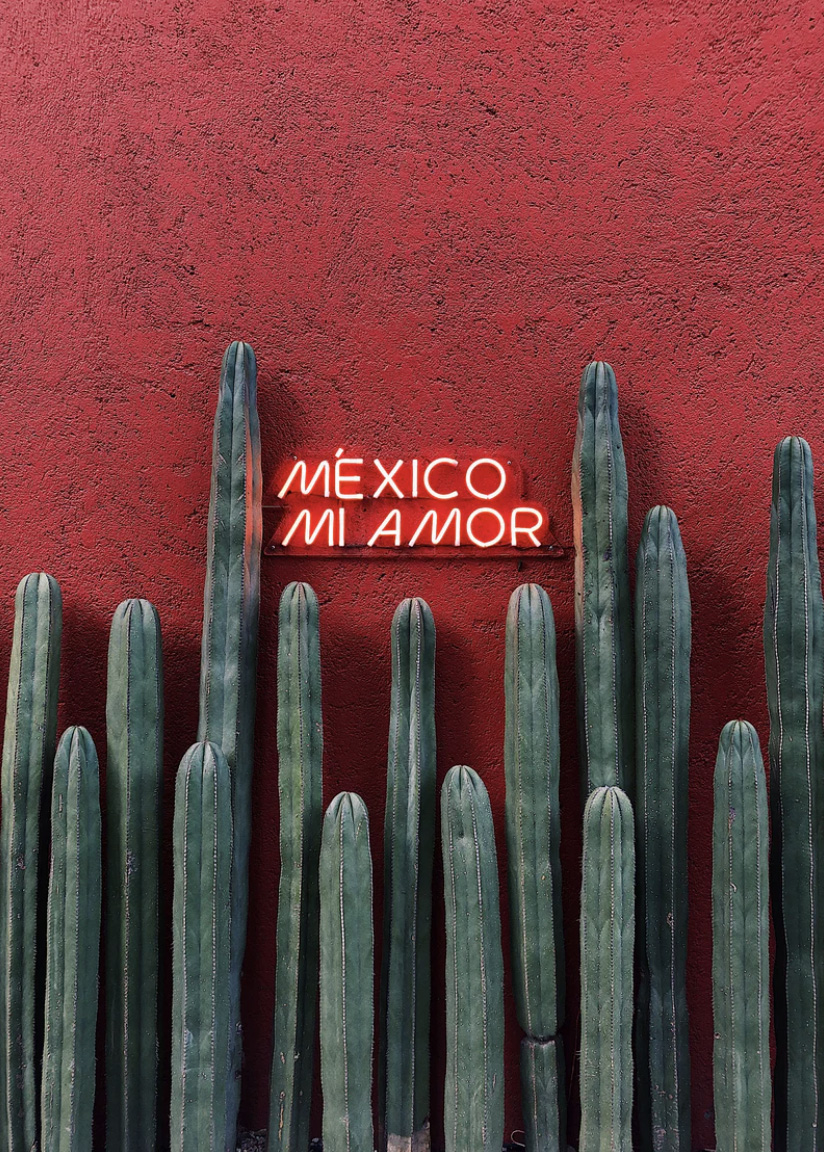 In much the same way as Cognac or Champagne, Tequila and Mezcal have their own internationally recognised denominations of origins.

The primary region of tequila production is the state of Jalisco, located on the West coast of Mexico, about 500 kilometers Northwest of Mexico City. Tequila production is also permitted in certain parts of 4 other states: Guanajuato, Michoacán, Nayarit and Tamaulipas, but Jalisco still makes up more than 95% of all production.

Mezcal production is concentrated primarily in Oaxaca, in Southern Mexico, although there are now a total of 9 Mexican states that are included in the recently expanded denomination of origin.

The terroirs of the tequila and mezcal regions are vastly different, which of course will affect the plants grown there and the spirits distilled there (stay tuned for future article on how terroir influences flavour!).

Both tequila and mezcal are made from agave, a plant that is often mistaken for a cactus but is actually part of the lily order of plants. If you’ve never seen an agave, many of the varieties have long spiky leaves and look like an aloe plant. There are more than 300 classified species of agave worldwide, with the majority being indigenous to Mexico. 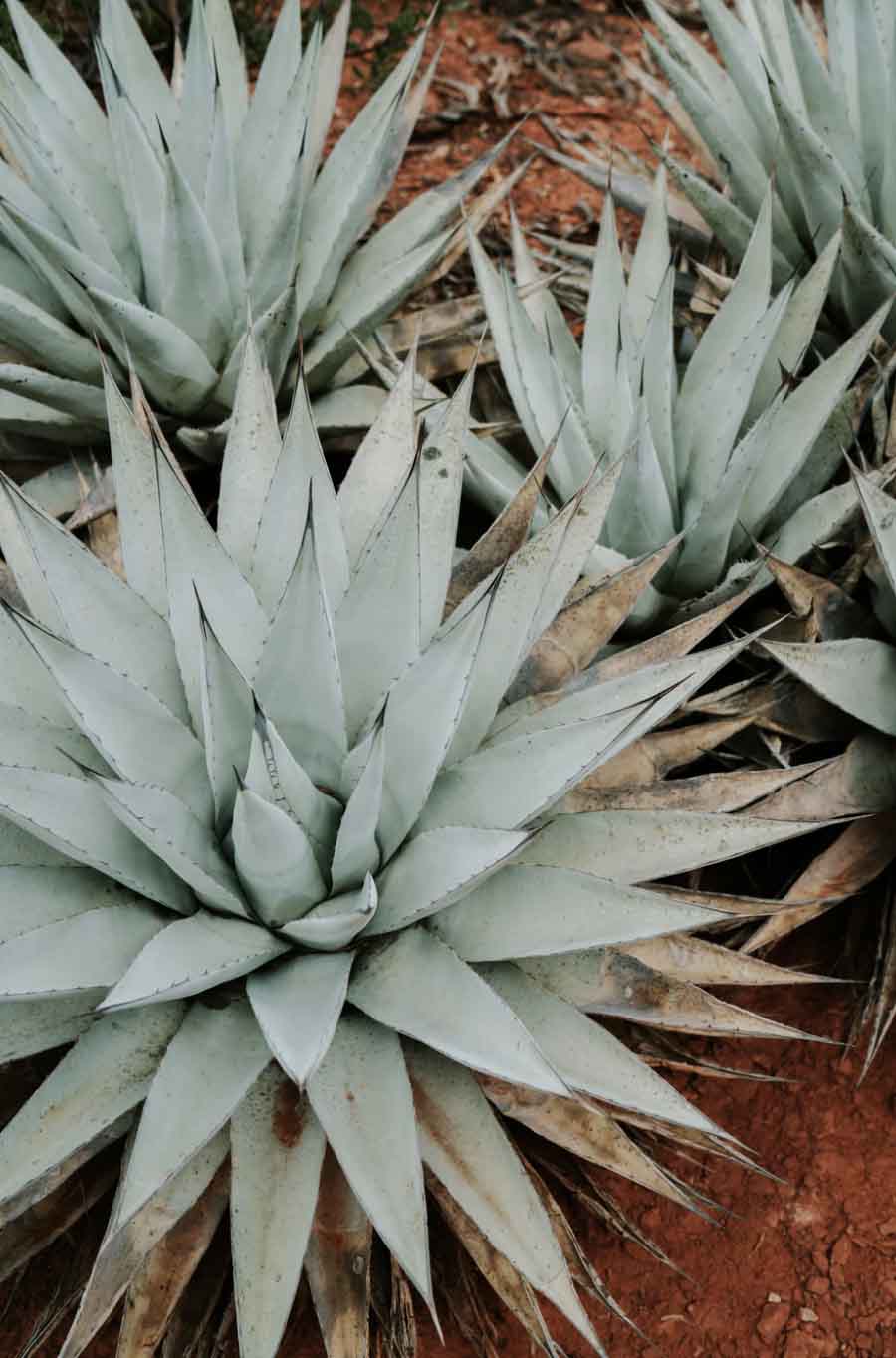 While tequila is limited to only being able to use one variety – the Agave Tequilana Weber var. Azul (AKA blue agave) – in its production, mezcal can use almost any type of agave, as long as it has a high enough sugar content to produce alcohol.

The blue agave takes on average 6-9 years to grow to full maturity, while some of the varieties used for mezcal production (the Tepeztate for example) can take decades before they are ready to harvest.

That’s a lot of time spent in the ground, soaking up minerals and nutrients from the soil, which will all translate to added flavour in the final spirit produced.

Tequila and mezcal differ in several ways in terms of the production processes used in the two categories, here we will just focus on one step of production: cooking.

Traditionally, tequila is cooked in hornos de mampostería (stone brick ovens) using steam. Many mezcals, especially in the state of Oaxaca, cook the agaves underground in conical pits. A fire is created in the base of the pit, rocks are piled on top of the fire and then the harvested piñas (the core of the agave) are stacked up over the rocks. Usually the pits are then covered with earth and left to cook for anytime from a few days to a week. This creates one of the notable differences in flavour between tequila and mezcal: the hit of smoke present in many mezcals.

Tequilas, using steam cooking, usually lack these smoky notes. As a generalization, most tequilas tend to use more industrialized processes, while most mezcals tend to be more “rustic” or traditional in their production methods. 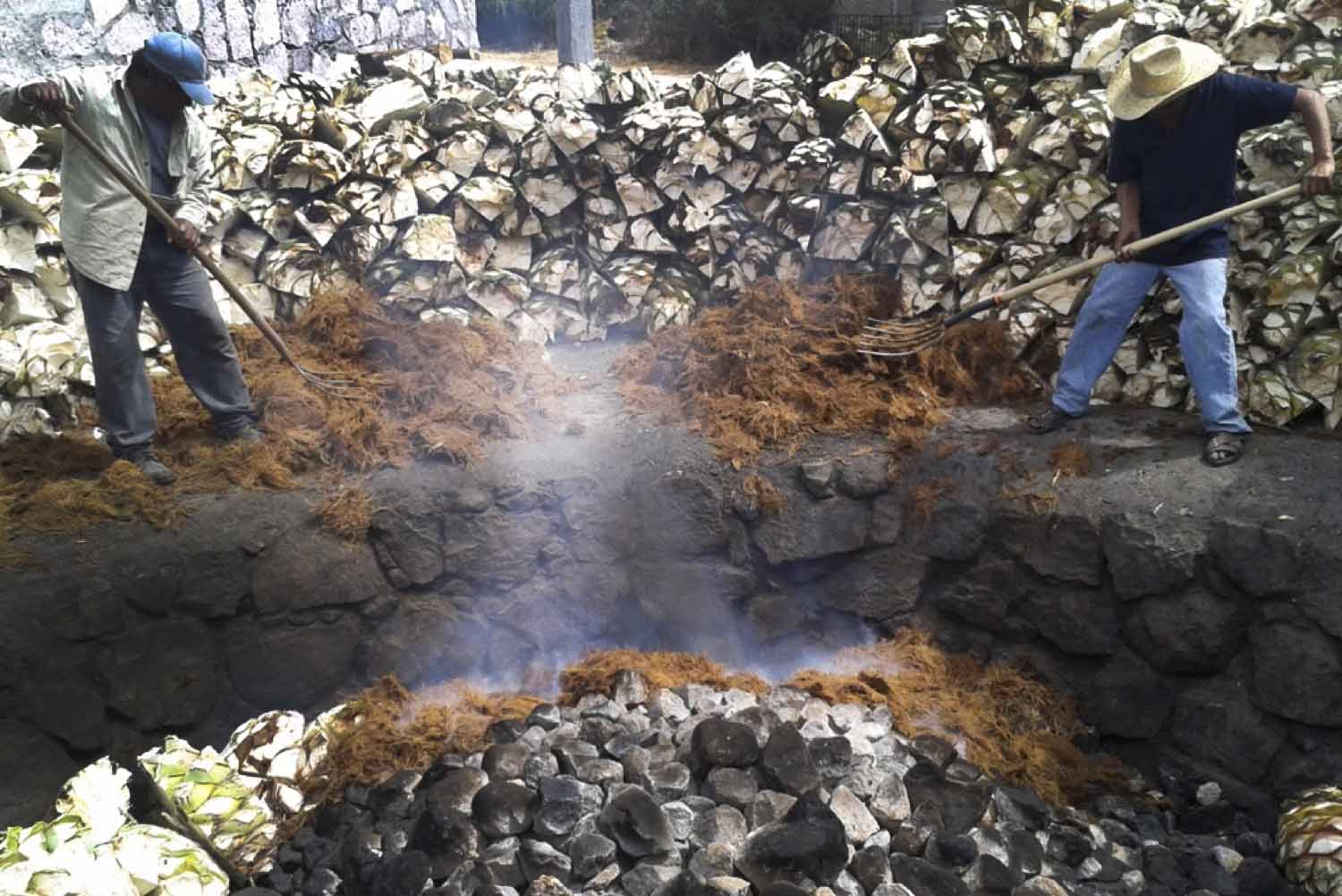 While it is very common to age tequila (see Why You Should Drink Tequila article), it is less common to age mezcal, with traditionalists maintaining that mezcal should never be barrel-aged. What they usually do endorse is glass-ageing. Look for madurado en vidrio on the label if you want to try a glass-aged mezcal. Although there are Reposado and Añejo mezcals available, most brands stick primarily to Joven, or unaged, mezcals. 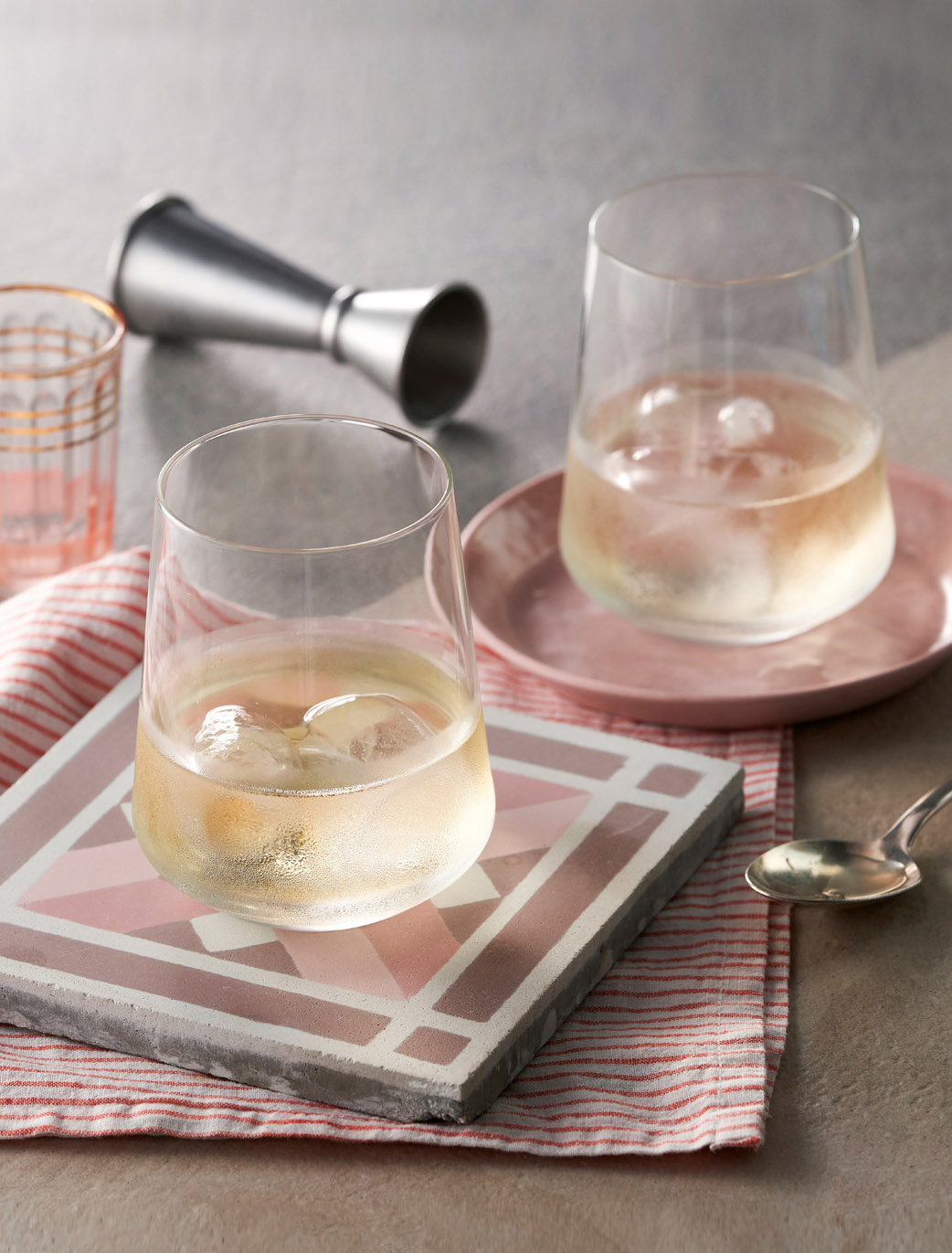 In terms of differences in flavour, tequila tends to be lighter – both in body and taste, as well as % alcohol by volume – than mezcal. Mezcal generally has a higher alcohol content, and a richer, oilier texture than tequila. The concentration of flavours in a mezcal are generally higher than in a tequila, and often one can find notes like burnt rubber, petrol, barbecue/firewood, and even blue cheese in mezcals, where these flavours are much less common in tequila.

If we were to compare these two categories to beer, we could say that tequila is like lager and mezcal is like ale. Tequila and lager being lighter, brighter, fresher and livelier; and mezcal and ale being heavier, richer, more complex and substantial.

So, which one is best? As long as you are drinking a good quality tequila or mezcal, they are both excellent choices, and people will very often switch between the two, depending on mood and occasion.