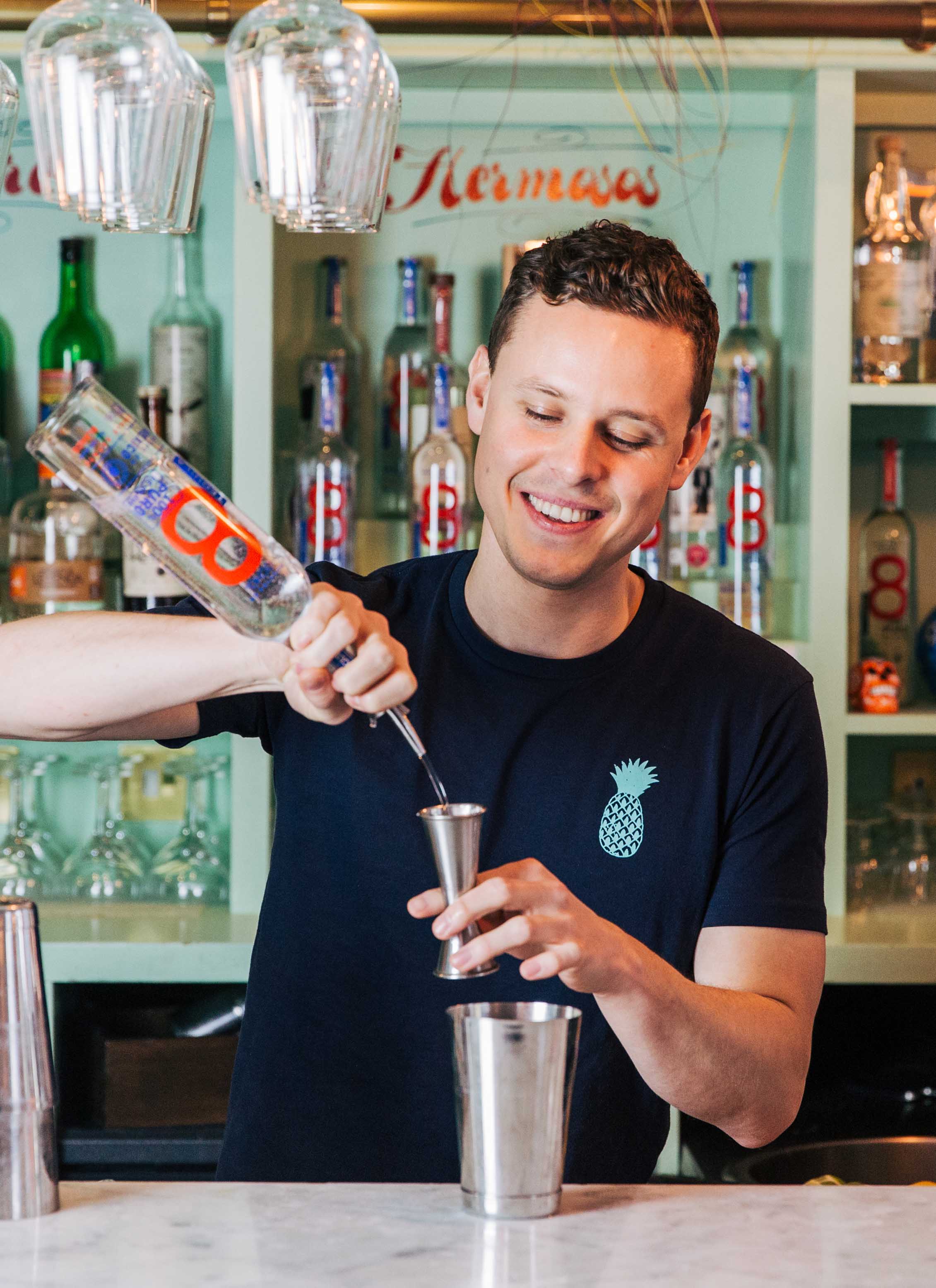 Tequila is unlike any other alcoholic drink.

I know what you’re thinking. Really, I do. Besides being a tequila expert, I’m also a mind-reader. You’re thinking “yes, it’s unlike anything in terms of its hangover-inducing powers.” In some ways, you might not be entirely wrong there. But tequila is so much more than that.

To ascribe all that tequila is to a couple of bad experiences would be to severely limit our enjoyment of life. There is good reason that many people around the world swear by tequila; as long as it is well produced, it can be on par with the finest Cognac or Scotch whiskies in the world. Bear with me as I make my case for tequila.

Before we jump in, what exactly is tequila?

Tequila is made from the majestic agave plant. There are hundreds of classified species across the world, the majority of which are indigenous to Mexico. Only one variety – the Agave Tequilana Weber var. Azul (AKA the blue agave) – is allowed to be used in tequila production. Often mistaken for a cactus, this noble plant is a member of the lily order of plants, and grows for 6 to 9 years under the hot Mexican sun before being harvested.

Besides using only one specific variety of agave, there are a number of other requisites that must be satisfied before tequila can be certified by the CRT – the Tequila Regulatory Council.

The sourcing of agave and production of tequila may only be done within a demarcated region. In much the same way as cognac or champagne, tequila has its own internationally recognised Denomination of Origin. So, if someone were to start distilling spirit made from Blue Agave in South Africa, they could not legally use the term “tequila,” since this is outside the D.O. region.

The primary region of tequila production is the state of Jalisco, but tequila production is also permitted in certain parts of 4 other Mexican states: Guanajuato, Michoacán, Nayarit and Tamaulipas. Tequila must be distilled at least 2 times, and it must be produced under the strict supervision of the CRT. Tequila can legally be bottled between 35% and 55% abv. although most tequilas will go to market between 35% and 40%. 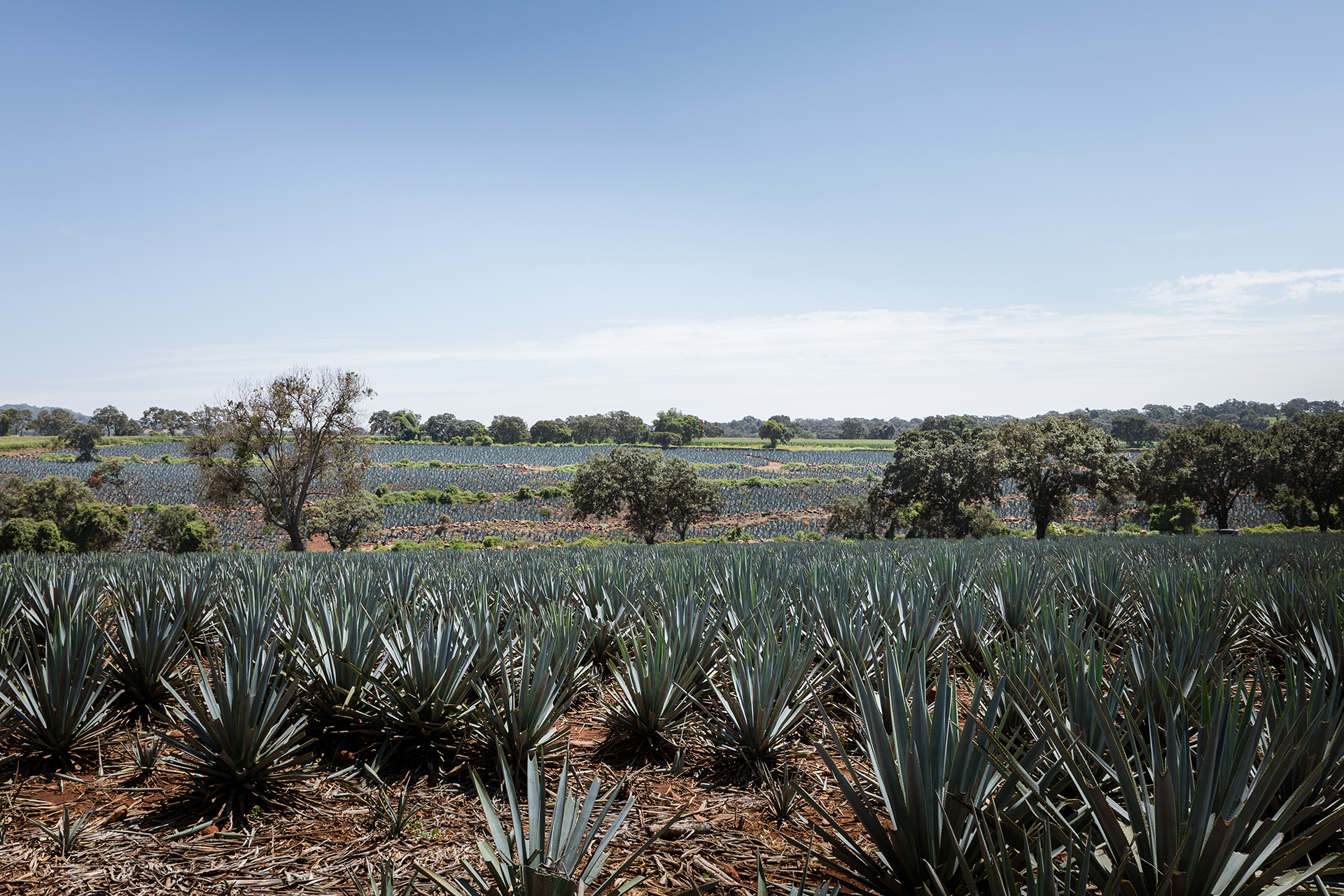 Are there different types of tequila?

The Tequila Regulatory Council has set forth 2 ‘categories’ of tequila, each of which can be 1 of 5 different ‘classes’ of tequila.

The 2 CATEGORIES OF TEQUILA:

- Tequila - Tequila which is allowed to have 51% agave sugars and a maximum of 49% other sugars (often sugar cane or corn sugars are used). Sometimes colloquially referred to as ‘mixto’ tequila.

- 100% Agave Tequila - only blue agave sugars are allowed to be used prior to fermentation. Note that additives after distillation and aging are still permitted up to 1% of total volume of 100% agave tequila.

You may have heard people say that “all 100% agave tequilas are good, and all regular, or mixto, tequilas are bad”. I disagree. There are lots of factors that go into the quality of any given tequila (follow the blog for more articles to come on this topic).

The 5 CLASSES OF TEQUILA:

- Blanco (also known as Plata or Silver): Tequila that is either unaged, or aged for up to 60 days.

- Gold (also known as Joven Abocado): Blanco tequila with an additive, usually caramel, which colours and adds favour to the tequila, giving it the appearance, aroma, and taste as if it had been barrel-aged.

- Reposado: Tequila that has been rested, or aged at least 2 months.

- Añejo: Tequila that has been aged at least 12 months.

- Extra Añejo: Tequila that has been aged for over 3 years.

There are also sub-classes, like Curado and Cristalino (we’ll get into some of these in future blog entries). 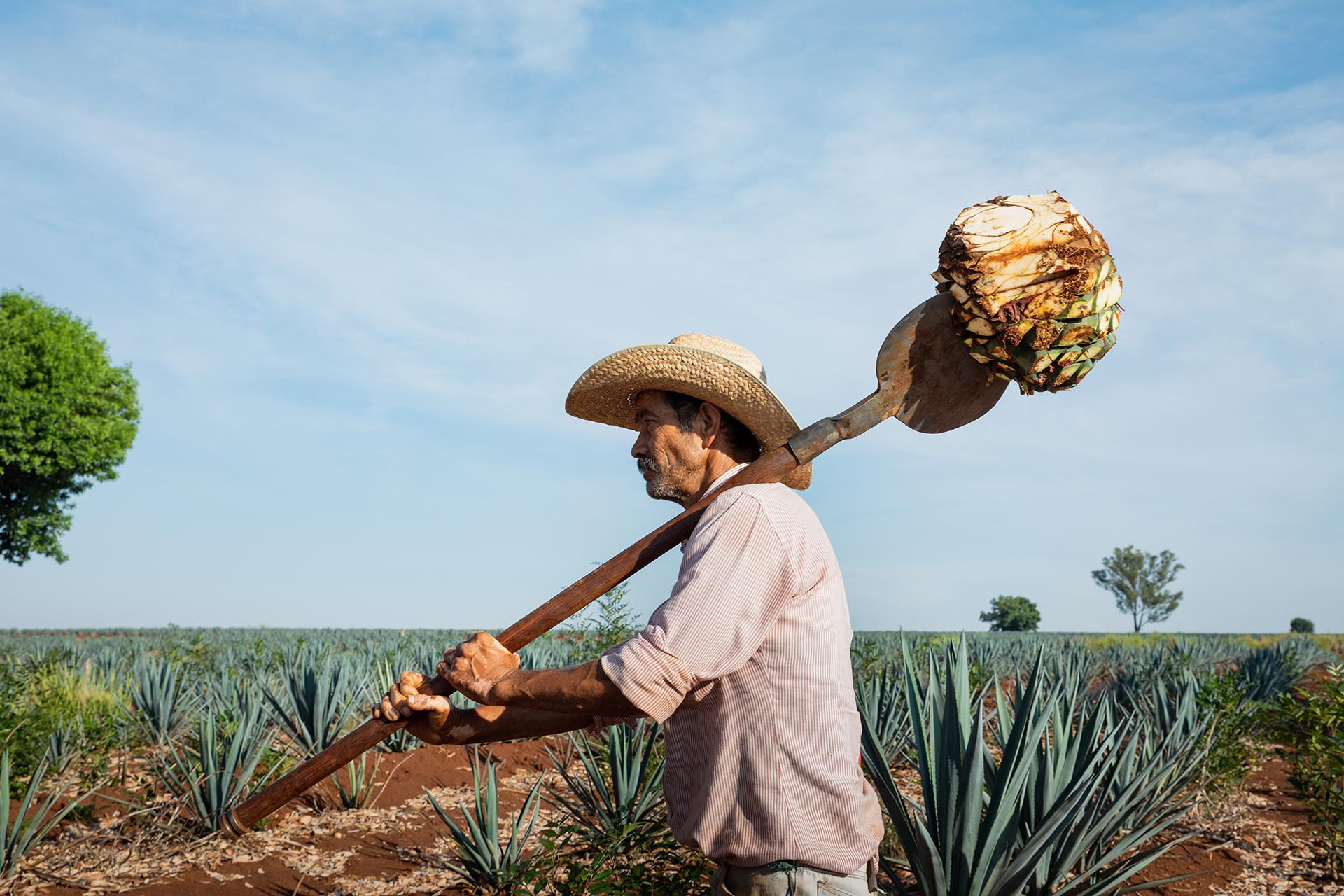 So… why should we all be drinking tequila?

Tequila is currently enjoying a real boom in popularity globally, highlighted by the sale of George Clooney’s Casamigos Tequila to drinks behemoth Diageo, in a deal worth an estimated $1 billion. Why this current trend towards tequila? Based on my time working with agave spirits for a dozen or so years now, I would attribute this popularity to three main causes:

Tequila is the bad boy of spirits world; it’s a hard-earned reputation and one that does have some merit. From the revolutionaries of Pancho Villa’s era to some of the iconic celebrities of the 20th century – from John Wayne to Lee Marvin – these figures have helped cultivate tequila’s image.

To demonstrate tequila’s “sex appeal,” picture for a moment meeting someone at a bar that you find attractive, and offering to buy them a drink. If they order a tequila, would that be communicating something different to you than if they order – say – a white wine spritzer? 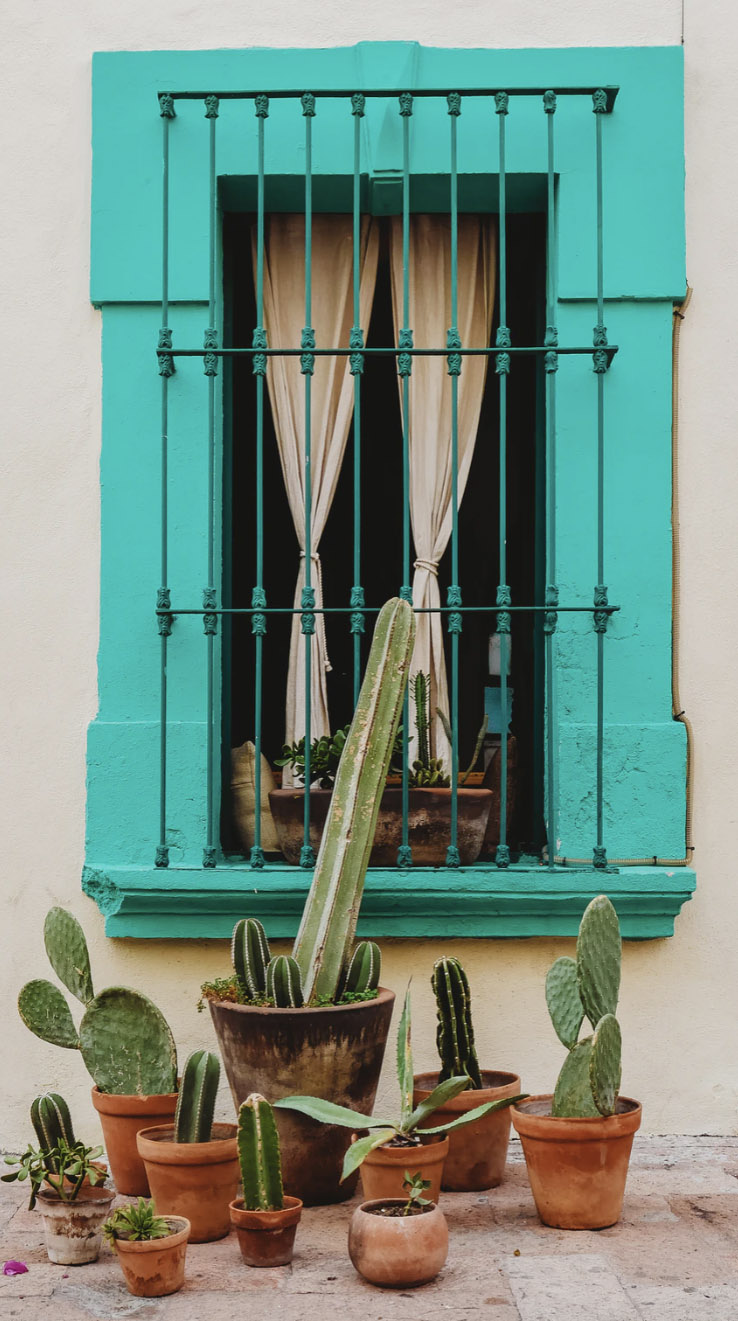 Tequila’s image is strongly connected to Mexico’s image. Most spirits have a sense of place (think of the associations of whisky with Scotland), but few are able to boast such a strong connection between a liquid and provenance as tequila.

What is it that captivates us, grabs us, about Mexico? It could be that it evokes classic romantic scenes of Old Mexico. It could be the music (like Mariachi), the art (such as Frida Kahlo’s iconic pieces), its beers (Corona), its food (tacos), its revolution (¡Viva Zapata!), and of course, tequila.

The spirit is tied inextricably to all of Mexico’s characteristics; its smells, its climate, its national identity. Tequila is the blood coursing through Mexico’s veins, and Mexico courses through our veins when we drink tequila.

Tequila’s psychotropic effects on us

The next unique point of agave spirits is the effects they have on us when consumed. The way we feel when we drink agave spirits is completely different from the types of inebriation brought on from beer, wine, gin, whisky, rum, and any other alcoholic beverage. Most people I speak to find that tequila gives them energy and puts them in a good mood. They describe it as an upper/stimulant, rather than a downer/depressant. To understand this, we have to take a quick detour into the blue agave plant, the raw material used for tequila production. 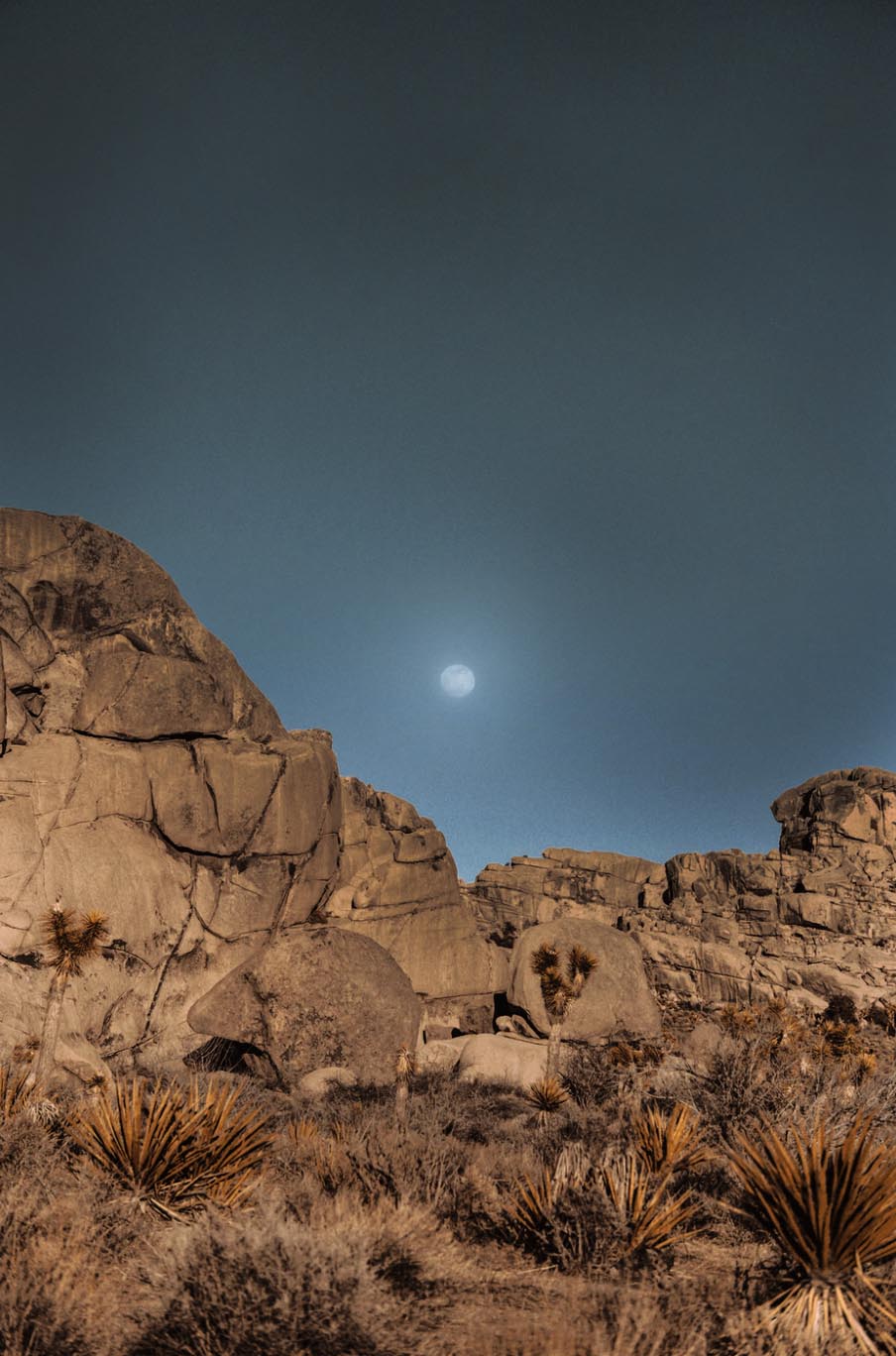 The blue agave spends an average of 6 to 9 years growing before it is ready to harvest. During these long years, the plant’s pencas (long spiky leaves) are stretched out towards the sun, acting as natural ‘solar panels’ of sorts for the plant. The agave doesn’t photosynthesize during the day – as almost all other plants do – but rather waits until nightfall (pictured) to open up its pores, thus conserving valuable water that would have otherwise been lost to evaporation during the day. During the day, the agave stores the sun’s energy primarily in the form of complex fructan chains. Those complex fructan chains are later going to be converted into fermentable sugars (by cooking the agaves), be fermented to create alcohol and finally distilled to separate and concentrate that alcohol. So, when I tell people that tequila is distilled sunshine, I’m only half joking!

There is a reason that I hear so many people around the world claim that tequila gives them energy. This is not scientifically proven – it’s just my hypothesis for why this is the case. All I can say for certain is that when I have a few whiskies and I’m ready for bed; if I drink a few tequilas I’m ready to go out partying all night.

Perhaps the most important “unique selling point,” this factor also sets tequila and agave spirits aside from all other spirits categories. Because of the nature of the agave plant itself, the flavour profile created is completely unique. I already mentioned what’s happening above ground – that the agaves’ leaves are stretched out towards “Father Sky” – but what is happening below ground? The agave roots take hold in “Mother Earth.” 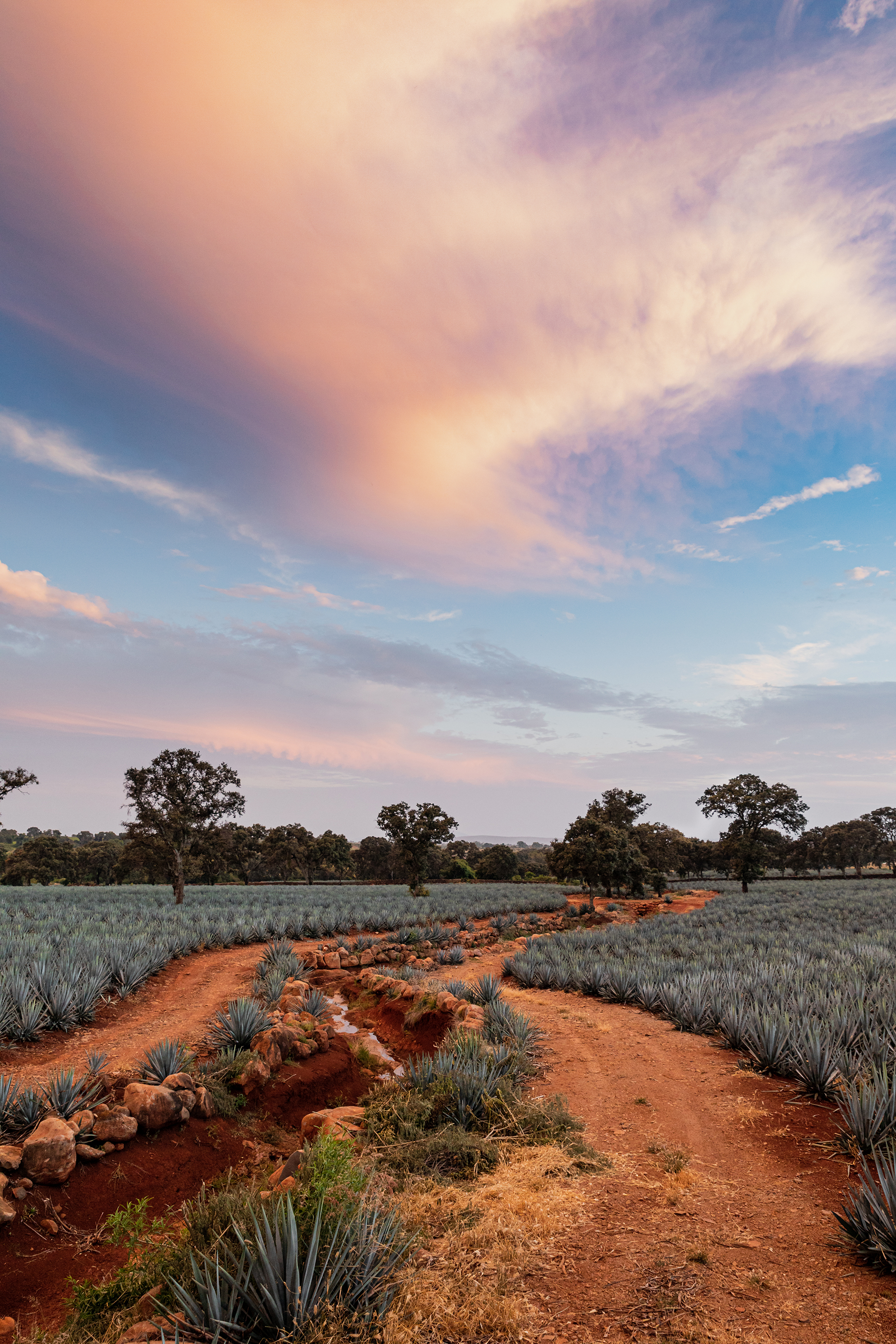 For 6 to 9 long years, the agaves are soaking up minerals and nutrients from the soil, which will translate through into the tequila. The complexity of agave spirits is unparalleled in the spirits world. It is clear that Terroir exists within Agave based spirits just as it does for wine.

Think about other major world spirits: whisk(e)y using grains that are often ready to harvest in a matter of months. Grape brandies may be using grapes picked from hundred-year-old vines, but the fruit is still picked yearly. Blue Agave, in comparison, spends a whopping 8 years (on average) in the ground, after which the whole plant is harvested and uprooted – unlike fruit trees or grapevines that will remain in the ground.

So, while tequila has a “bad boy” image, and gives us a feeling totally unique feeling of inebriation, let’s not forget that it has a taste that is completely its own; completely unique in the spirits world.

Most of us have had bad experiences with tequila at some point in our lives. But tequila can be so much more than that. The high end of the spectrum of the tequila category includes some of the finest spirits known to man. There is a good reason that many aficionados insist that tequila should sipped and savoured as one would fine cognac or single malt scotch whisky. Which leads us to… 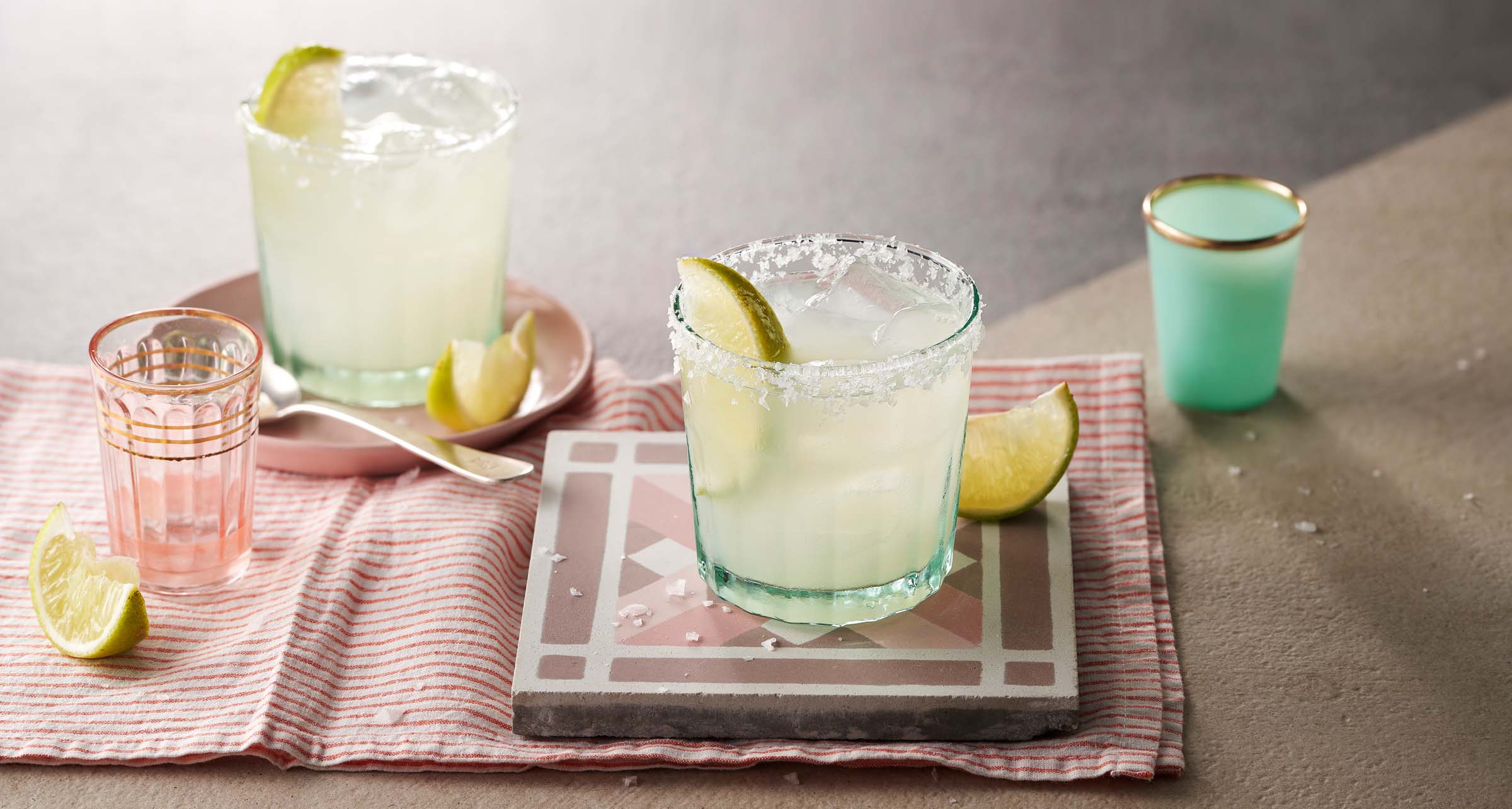 How you should drink tequila

Simply put: However you enjoy it best! I recommend sipping tequila neat in a snifter or even a flute glass to enjoy its full flavour. The revered Austrian glassmaker Riedel even created a glass specifically designed to highlight the full organoleptic experience when sipping a tequila.

Tequila also works remarkably well as a base spirit in a cocktail. It’s no coincidence that the Margarita is one of the world’s most popular mixed drinks. I tend to gravitate towards blanco (unaged) tequilas for cocktails with citrus in them, and aged expressions (reposado or añejo) in ‘aromatic’ cocktails that do not contains fruit or citrus juice.

In Mexico, people typically drink tequila with a sangrita served on the side. Custom is to take a sip of tequila, and a sip of sangrita afterwards. I’ll include a recipe here soon that is easy to make at home, both for a classic sangrita, as well as a more modern take called a verdita.

Now that you know why you should be drinking tequila, know that not all tequila is created equal. Follow the blog on Spirits Kiosk to find out more in upcoming posts about the different types of tequila, different production processes used, and what you should be looking for in a high-quality, well-produced tequila.