As the name might suggest, The Peat Monster is a big, rich smoky-peaty whisky! The 2019 edition with an updated label and evolved recipe, incorporates single malts with a more aromatic and graceful style of smokiness.

Compass Box The Peat Monster one to try in an Old Fashioned, where the dilution, a touch of sweetness and a zesty garnish seem to all add depth to its already richly flavoured nature.

Compass Box The Peat Monster one to try in an Old Fashioned, where the dilution, a touch of sweetness and a zesty garnish seem to all add depth to its already richly flavoured nature.

Founded in 2000, John Glaser set up a different kind of Scotch whisky company, based on the long-lost model of the Scotch whisky blending house, but with a forward-looking approach and an unrelenting desire to create quality.

Compass Box has an office and Blending Room in London, an office on Great King Street in Edinburgh (he even named a whisky after its location!) and its own stocks of maturing whiskies in Scotland. 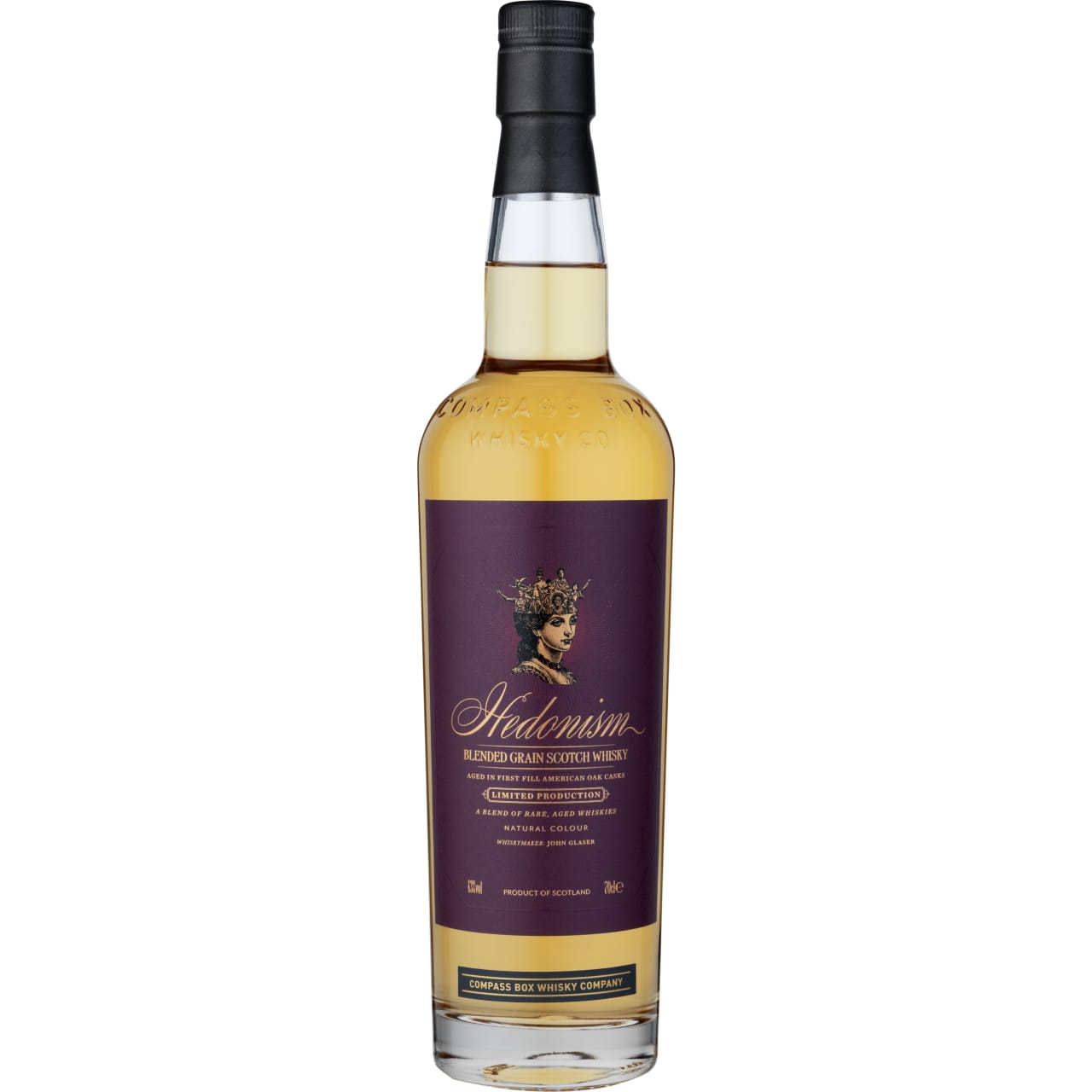 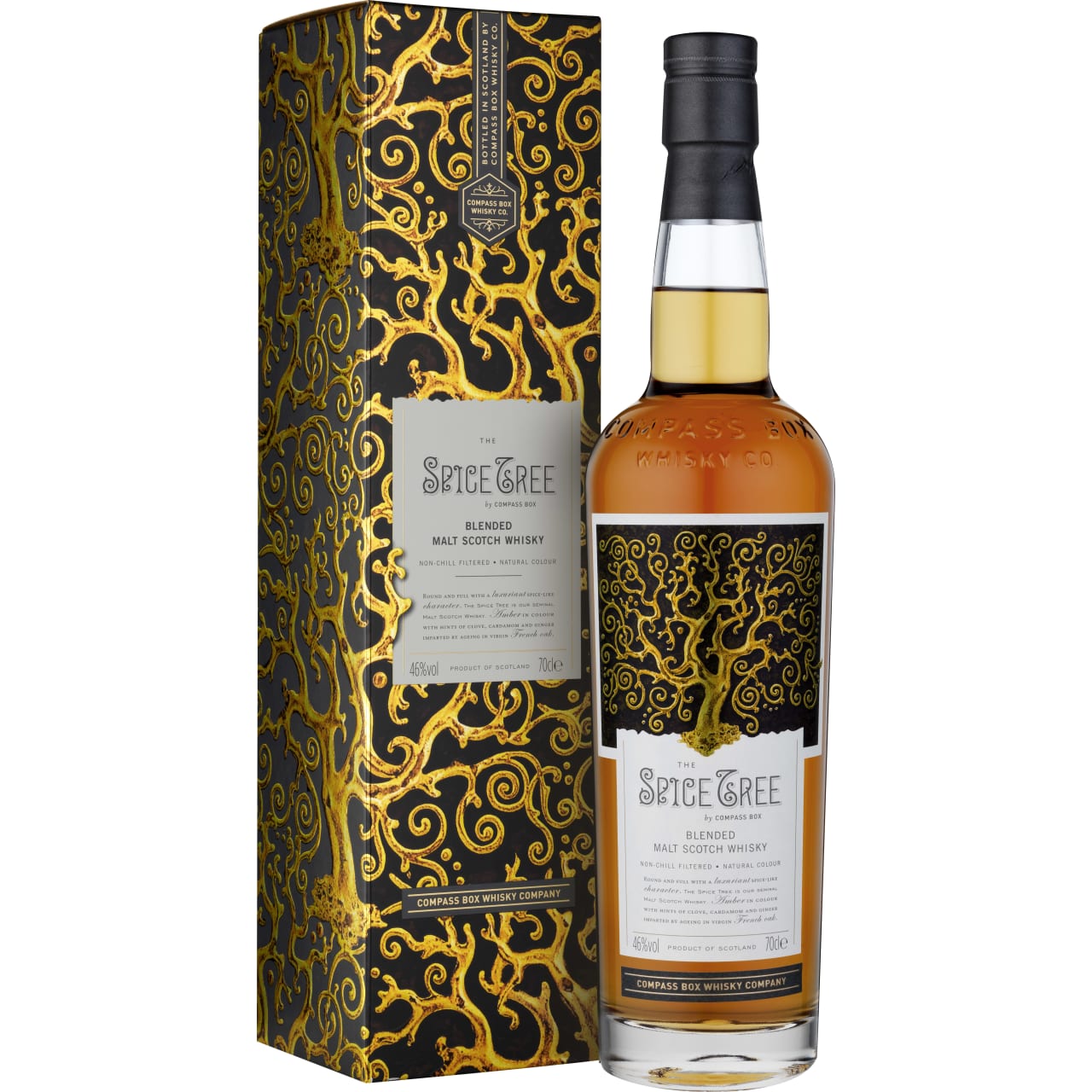 Compass box Spice Tree is matured using a custom-made cask with French oak for the heads and American oak for the bodies. This is a rich, intense malt whisky with fragrant notes of baking spices,... 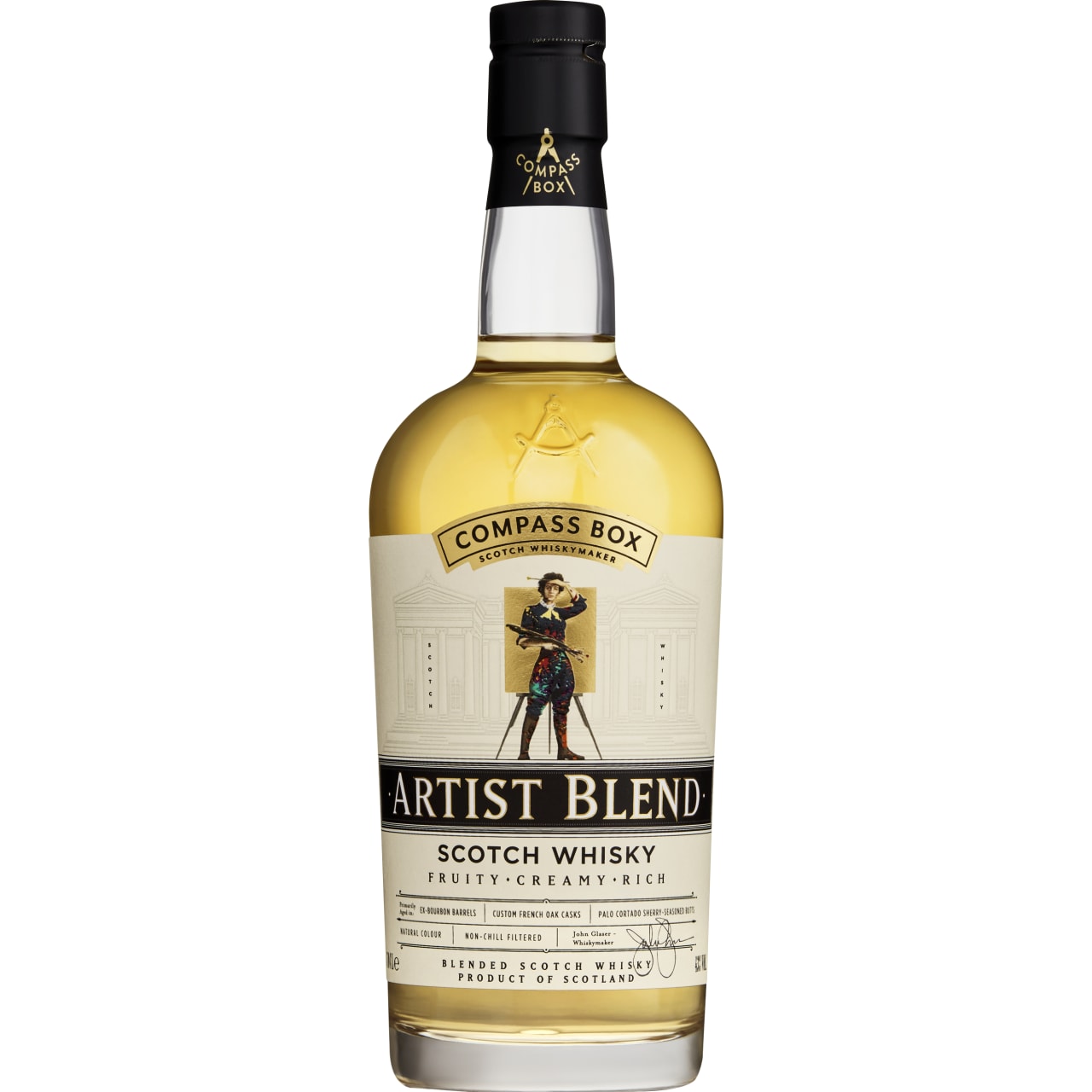 Compass Box Great King Street Artist’s Blend is a tribute to the blenders of the late 19th century, individuals who used artistry, creativity and craft to pioneer a spirit that became one of the... 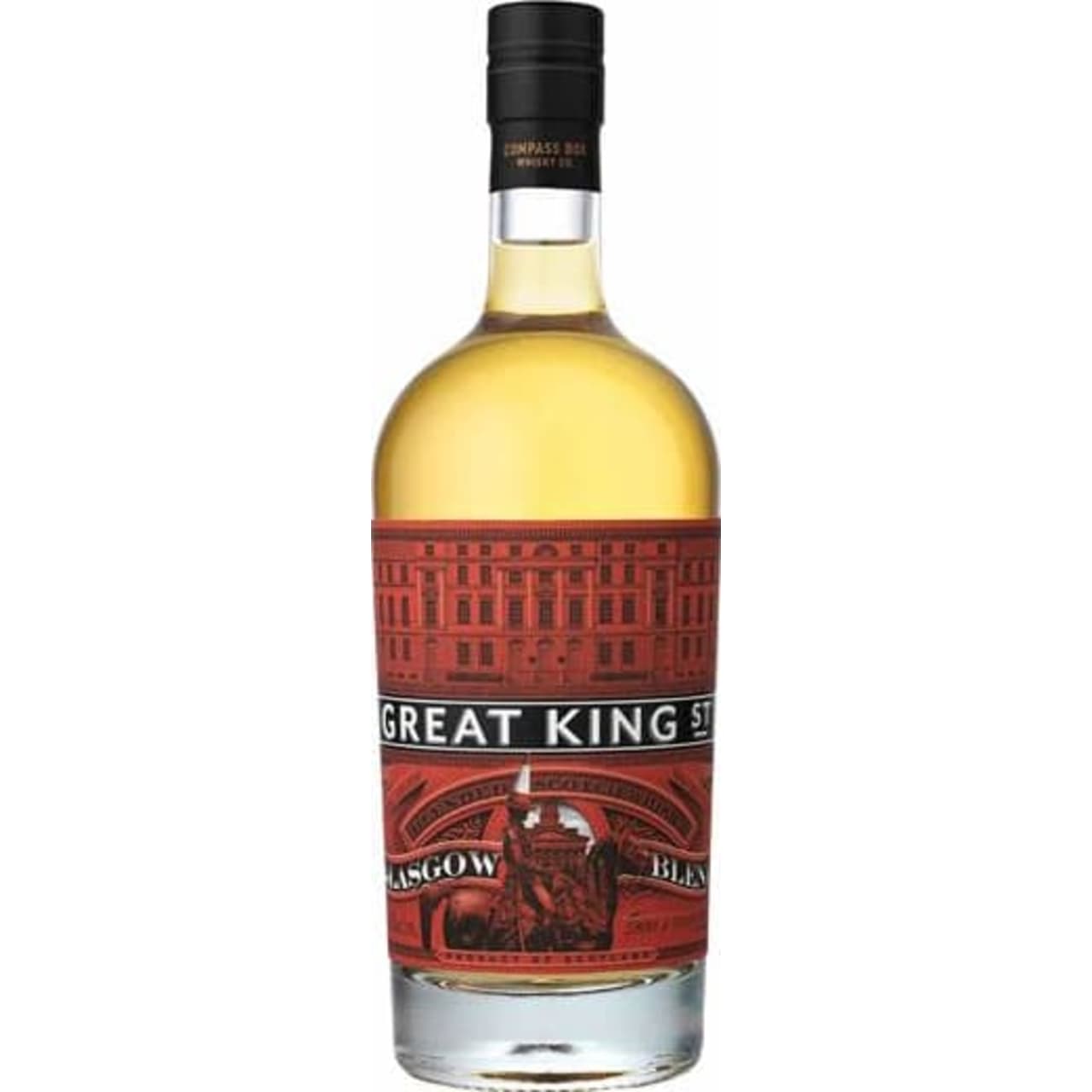 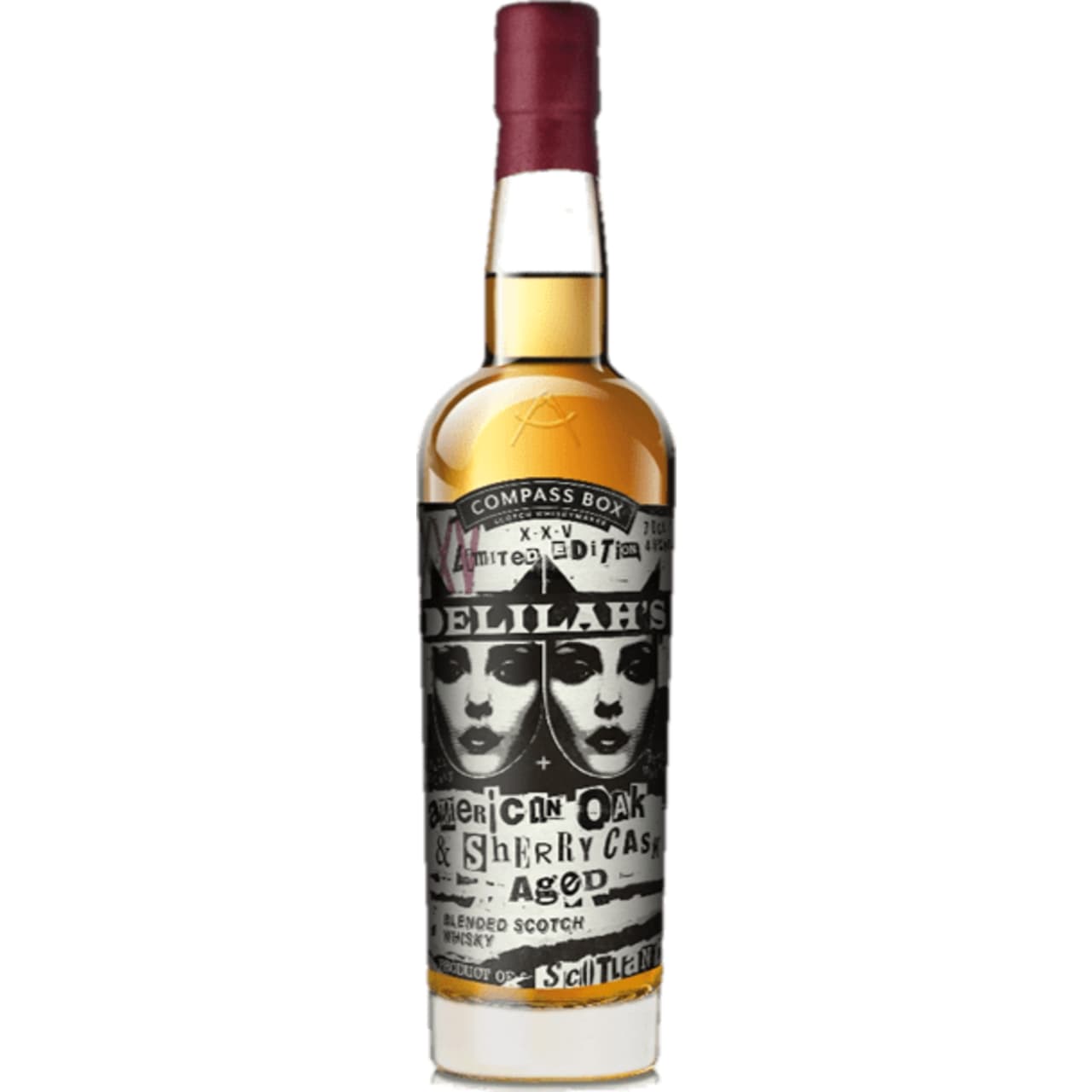 Compass Box Delila's XXV is the second collaboration with the Chicago punk rock whisky bar owner of Delilah's, Mike Miller. Following on from the first collaboration in 2013, the 25th anniversary... 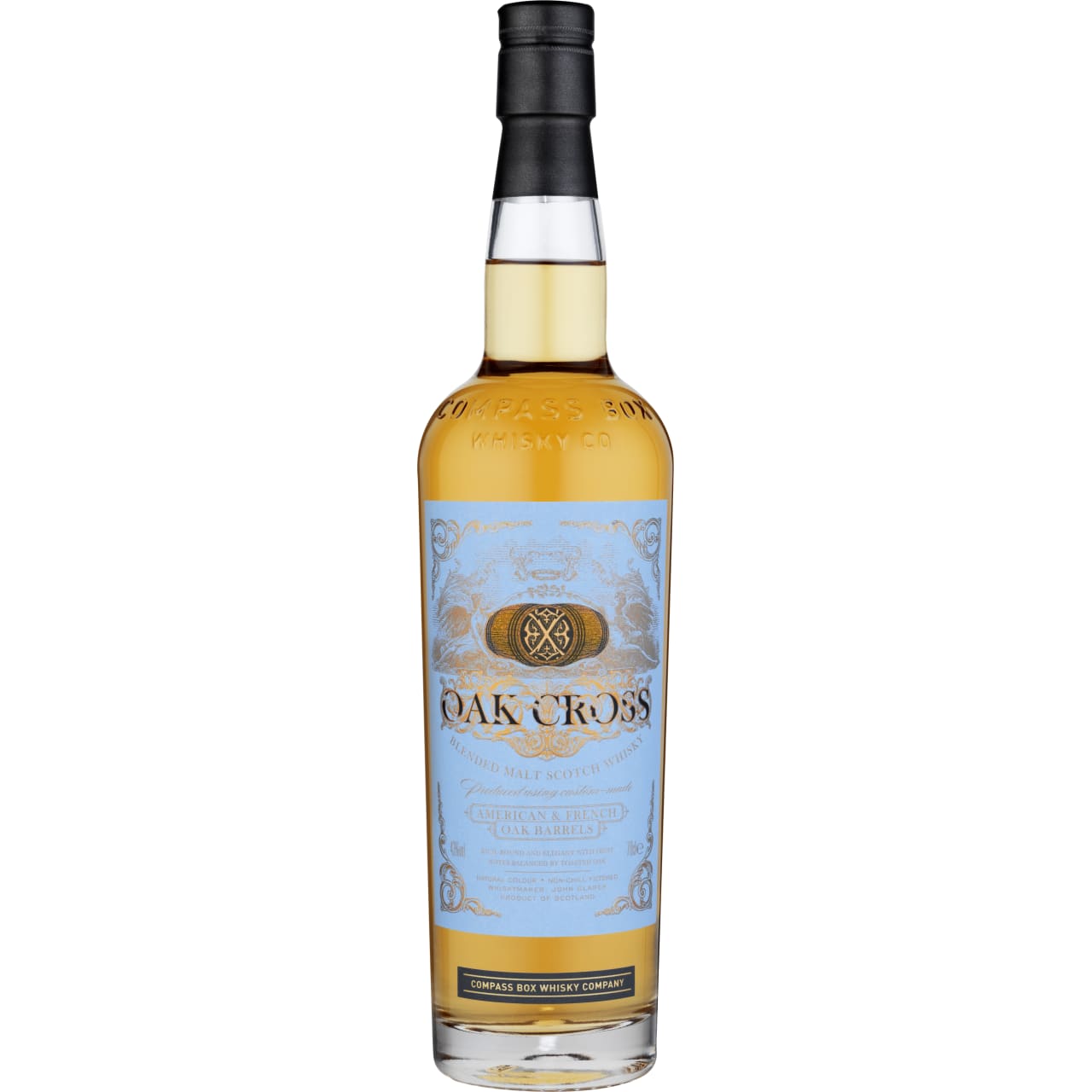 Oak Cross gains its name from the use of both American and French oak in the maturation of the whisky. A rich, medium-bodied blended malt Scotch whisky, it combines vanilla characters from American...