Stunningly packaged, Glenmorangie Signet is a blend of the rarest and oldest whisky stocks matured in a selection of the finest Spanish and new charred oak casks. A worthy award-winning spirit rich with flavours of creamy chocolate and toasted spice. Won a Silver medal at the International Wine & Spirits Competition 2022.

A stunning whisky - Toasted spices, golden syrup and malty tones flow from the glass. To taste that cinnamon-kissed sweetness and drying malt to charge. Such a lovely drop to savour.

A stunning whisky - Toasted spices, golden syrup and malty tones flow from the glass. To taste that cinnamon-kissed sweetness and drying malt to charge. Such a lovely drop to savour.

In 1738 a brewery was built on Morangie Farm in the Scottish Highlands. A century later the land was bought by William Matheson who purchased two second hand stills and converted the brewery into a distillery and renamed the site Glenmorangie.

Glenmorangie means ‘valley of tranquillity’ in Scots Gaelic. The distillery is located in a peaceful setting on a quiet hillside glen, calmly nestled on the banks of the Dornoch Firth in the Highlands region of Scotland, where it has been since 1843. 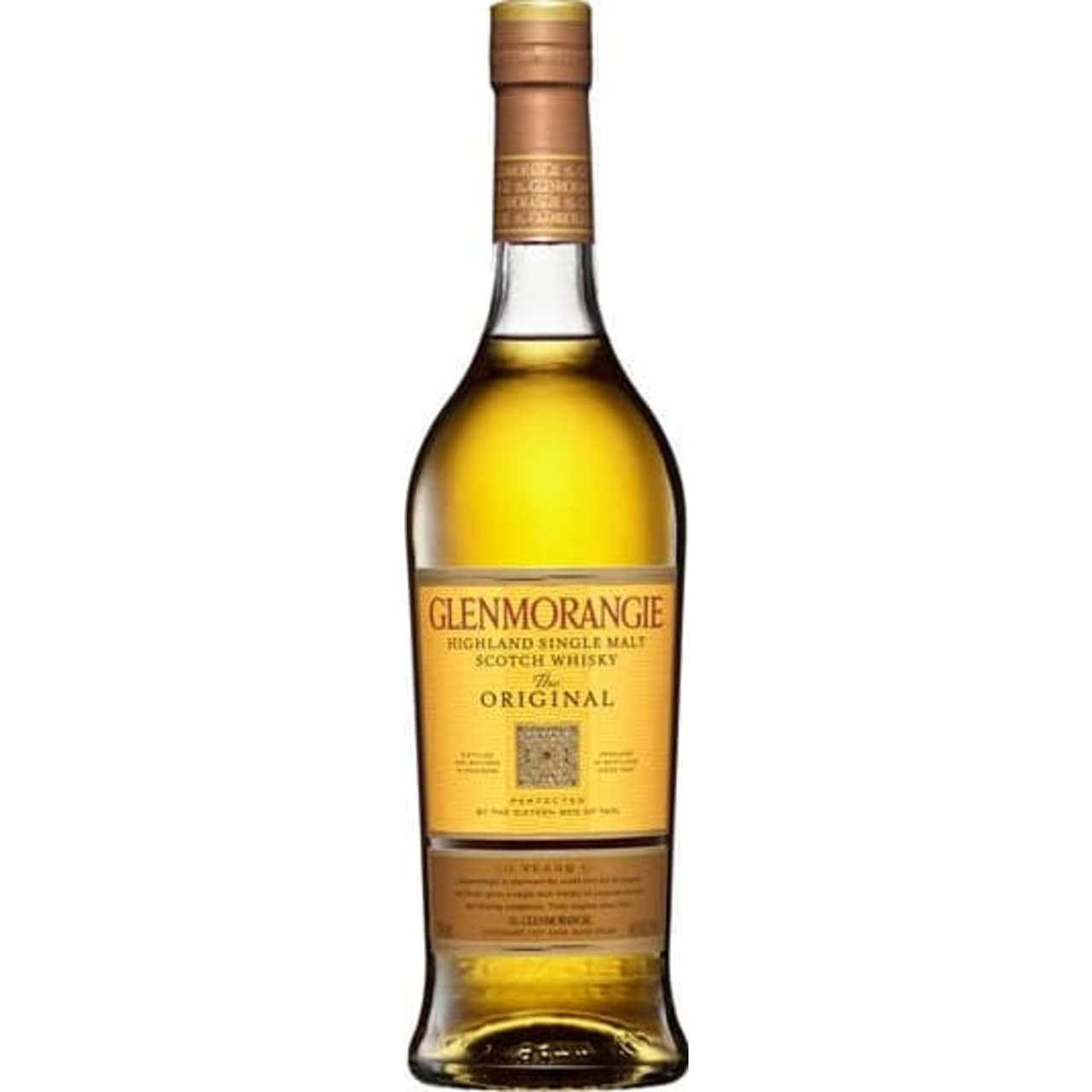 The backbone of Glenmorangie range, the Original 10yo Single Malt is an elegant and floral spirit. It’s made by marrying the delicate spirit that emerges from Scotland's tallest stills, with first... 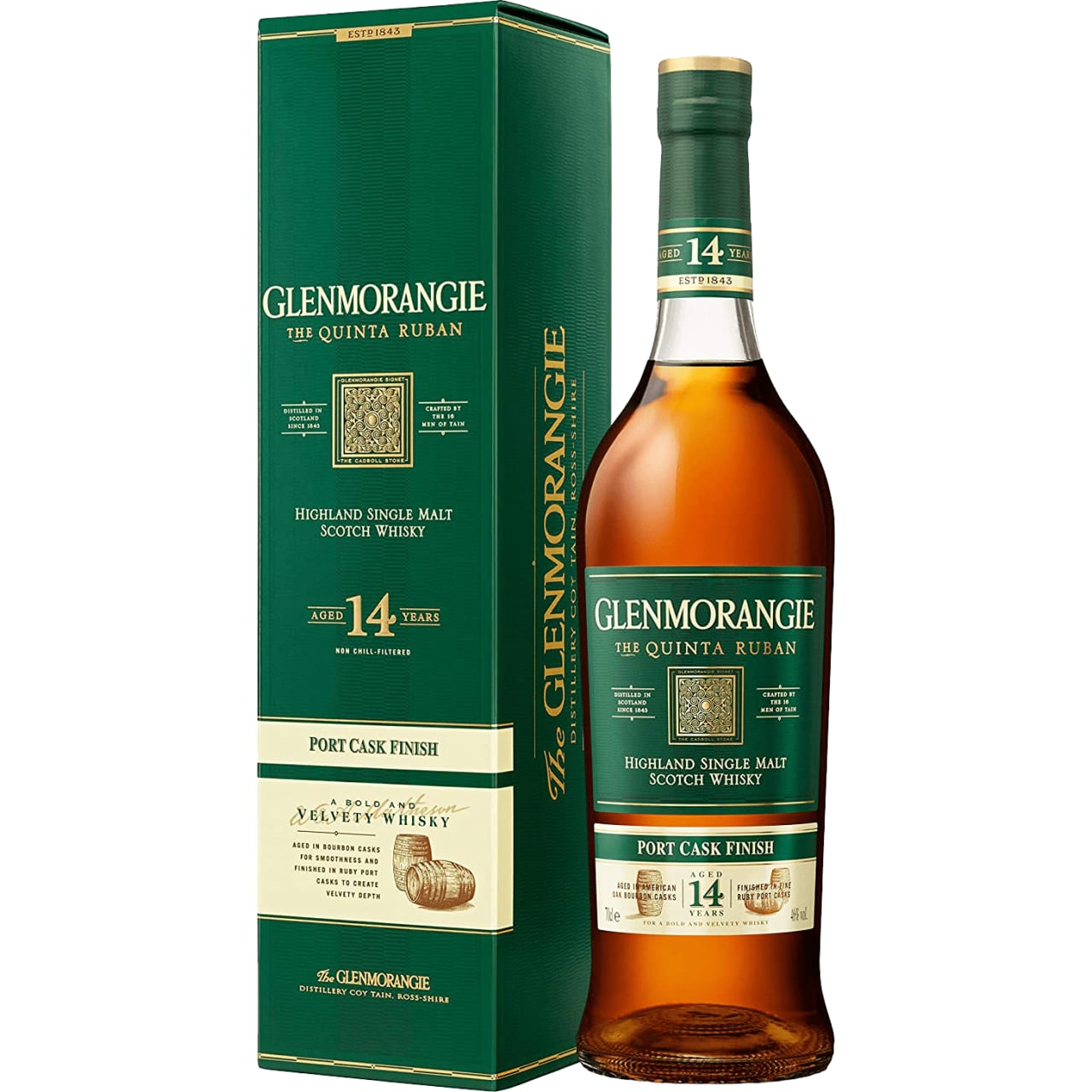 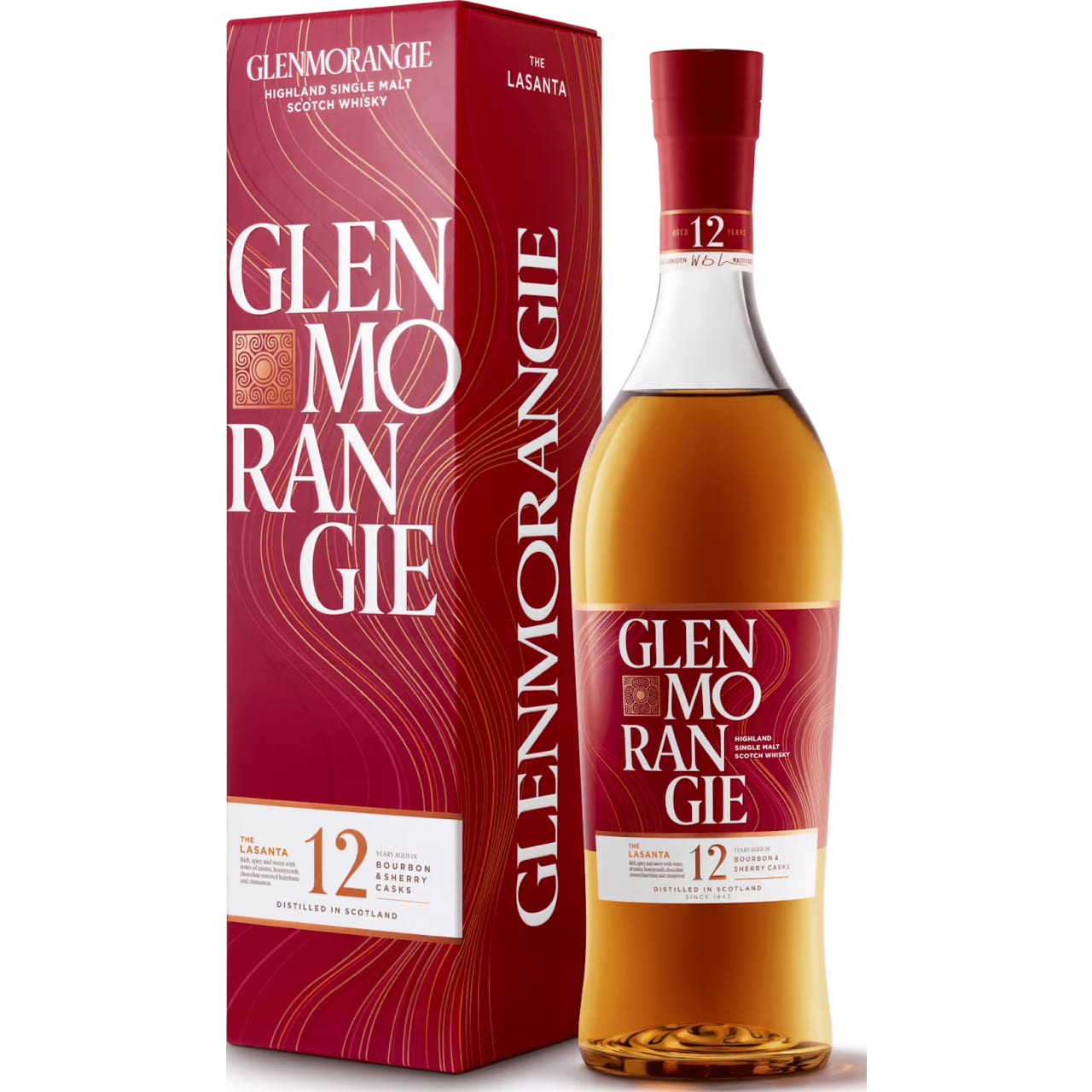 Glenmorangie Lasanta 12 Year is first aged for 10 years in American oak ex-bourbon casks for smoothness. It is then finished in Oloroso and Pedro Ximénez sherry casks for two years. 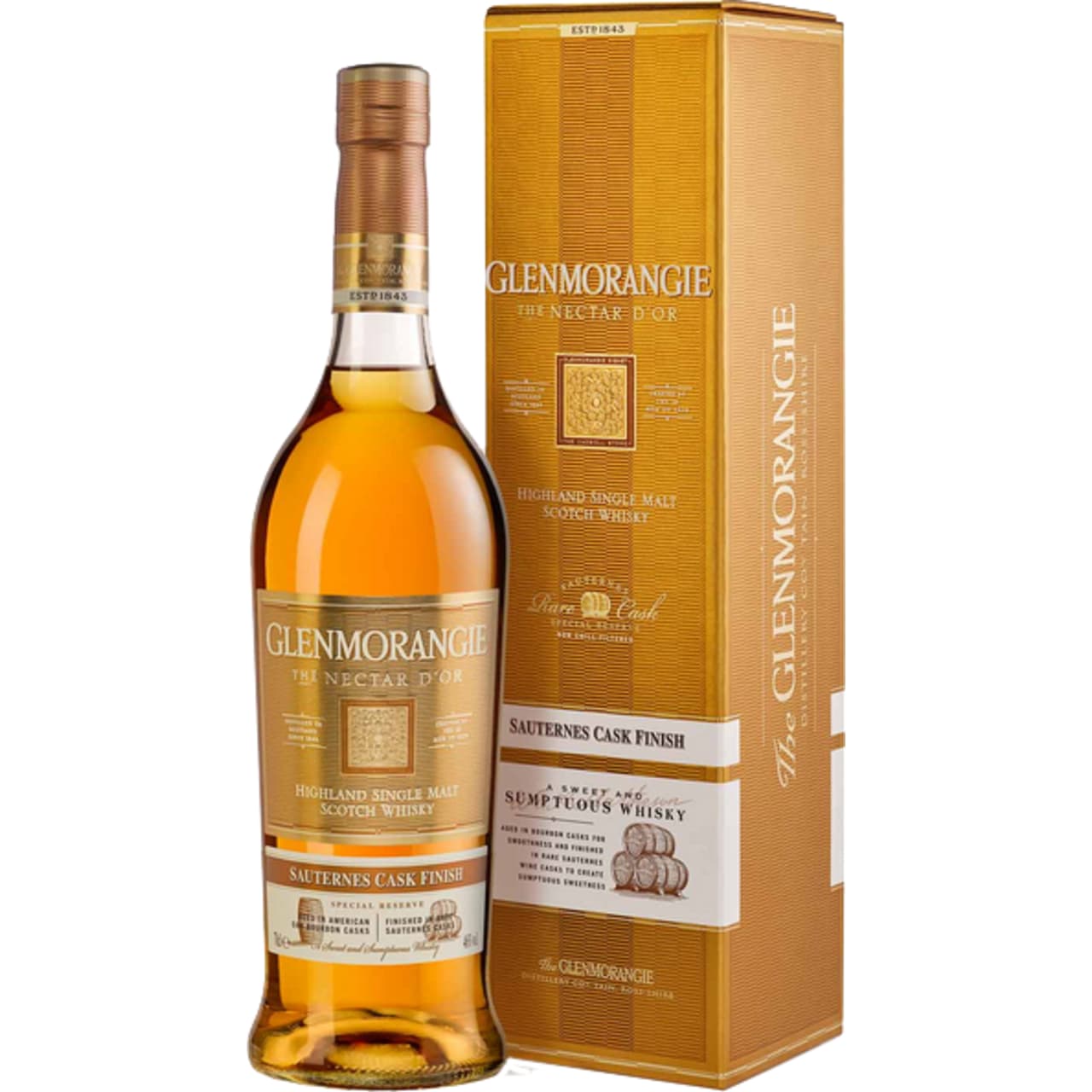 Nectar D’Or is smooth, sweet and fruity. This special reserve whisky is matured first in American oak bourbon casks, then finished for 2 years in hand-selected wine casks from Sauternes, which adds... 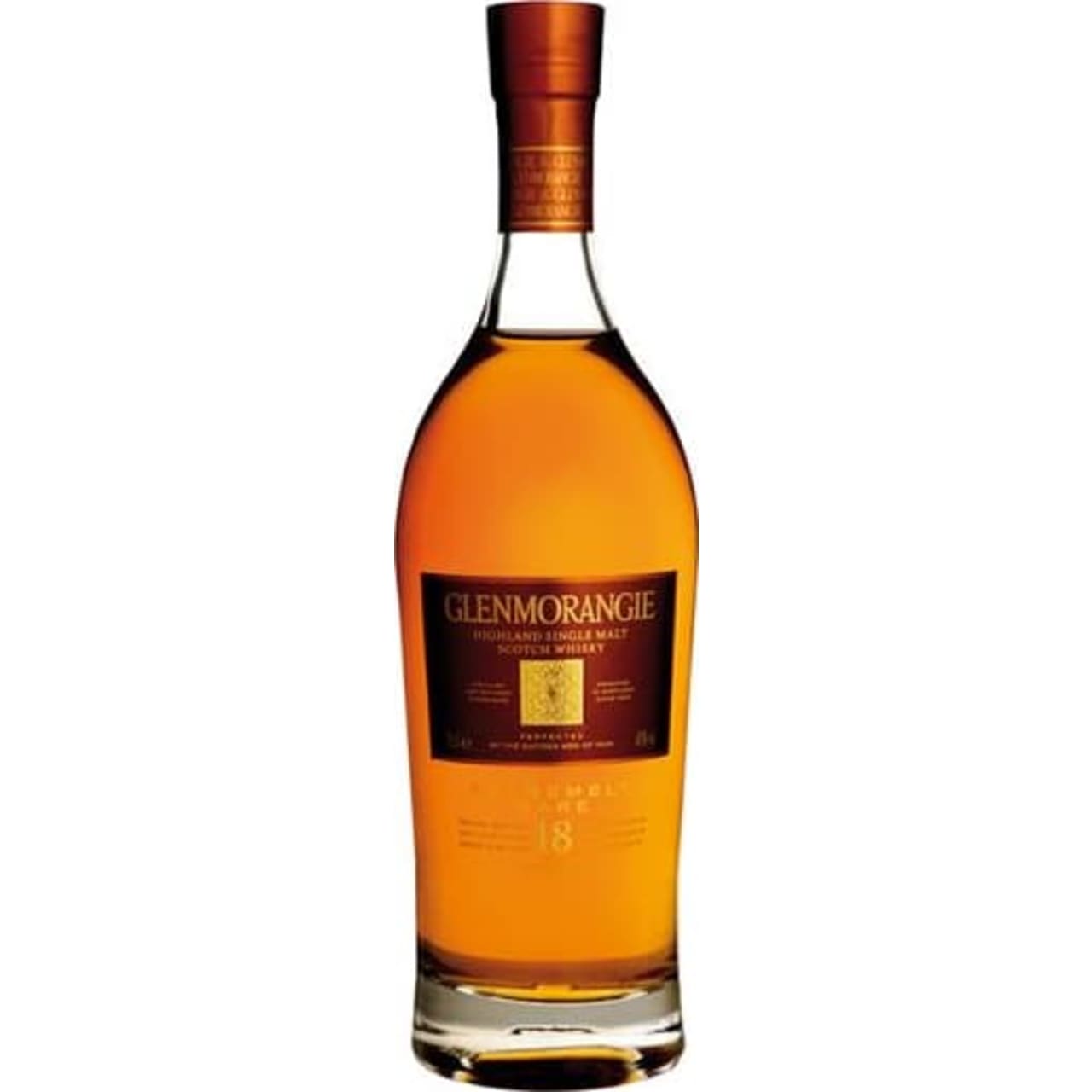 Glenmorangie 18 Year Old is not only beautifully packaged, it’s incredibly delicious too. Matured in American white oak and Spanish Oloroso casks for a lengthy period of time gives a deep amber... 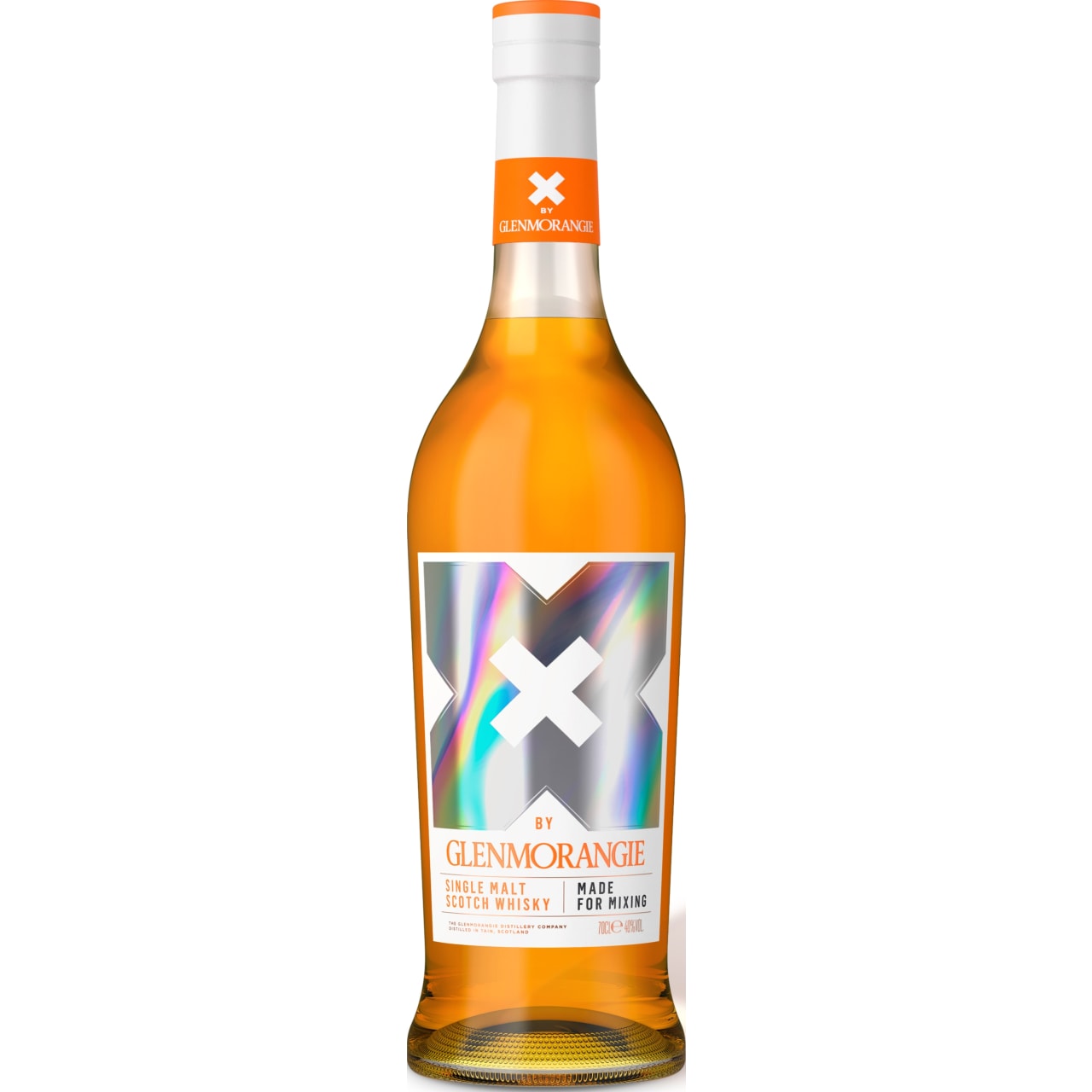 Glenmorangie X is a single malt that has been specially developed with mixing in mind. It's quite sweet and rich making it the perfect match for those who like theirs served long with Ginger ale, or...