Re-designed in 2017, Highland Park 18 YO is an exceptional whisky which has deservingly won numerous accolades, notably Best Spirit in the World by the Spirit Journal – twice! Won a Gold medal at the International Wine & Spirits Competition 2022.

A stunner of a whisky; it’s incredibly rich, deliciously intense & smooth. Best served neat or on the rocks.

A stunner of a whisky; it’s incredibly rich, deliciously intense & smooth. Best served neat or on the rocks.

Legally founded in 1798 by Magnus Eunson who was a direct Viking descendent. A butcher and church officer by day, and a smuggler by night… to begin he set up an illicit still at a little bothy at High Park – still the site of Highland Park today.

Highland Park is made in the remote, wild and windswept Orkney islands which is 16km from the northernmost part of Scottish mainland. There are around 70 islands which make up Orkney, only 20 are inhabited. 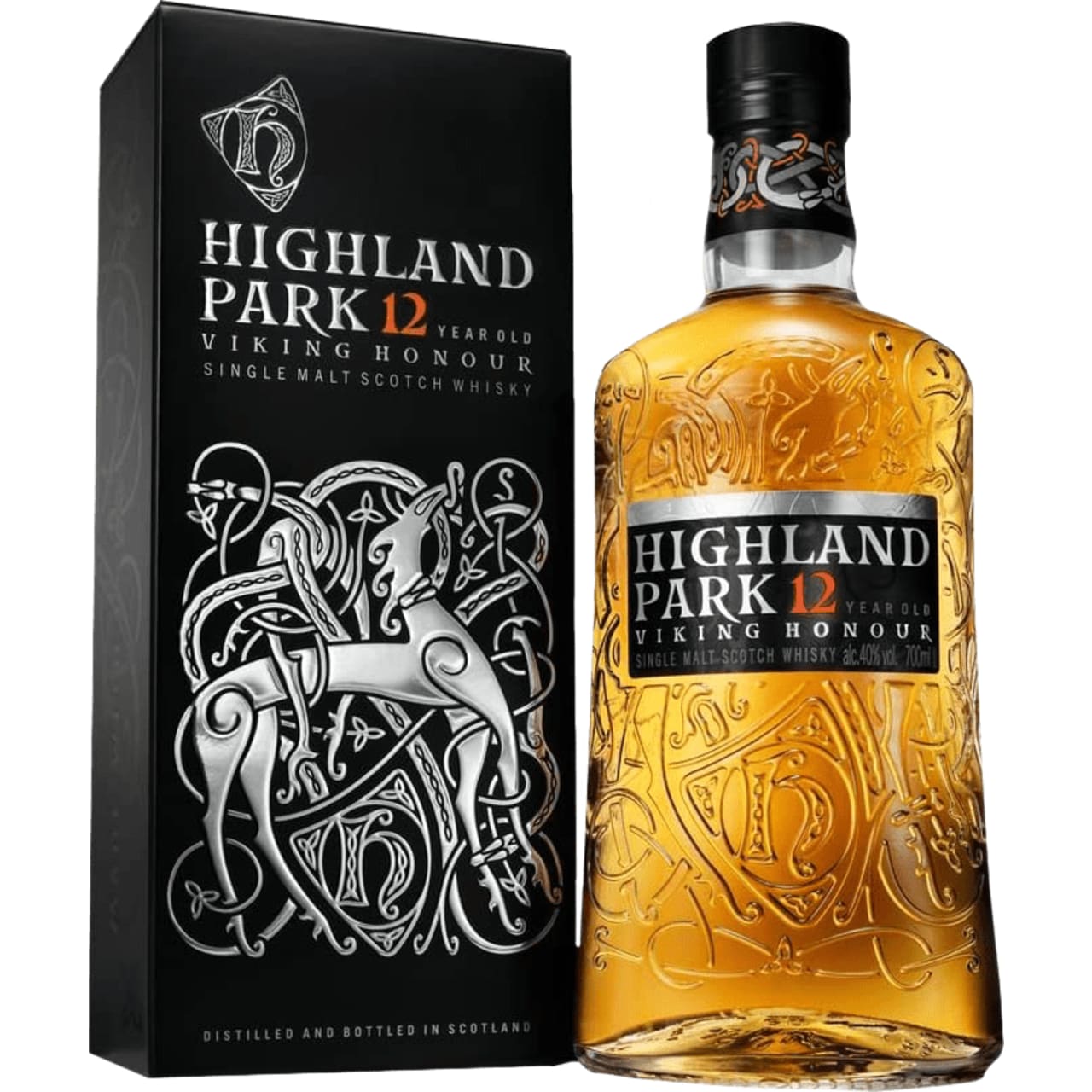 Whilst Highland Park 12 is produced on the Scottish island of Orkney, its soul certainly belongs to its Viking roots. Aged in European oak casks that were previously seasoned with Oloroso sherry.