It’s FINALLY landed! Here's everything you need to know about Tarquin’s Spiced Watermelon Gin and how to get a bottle. 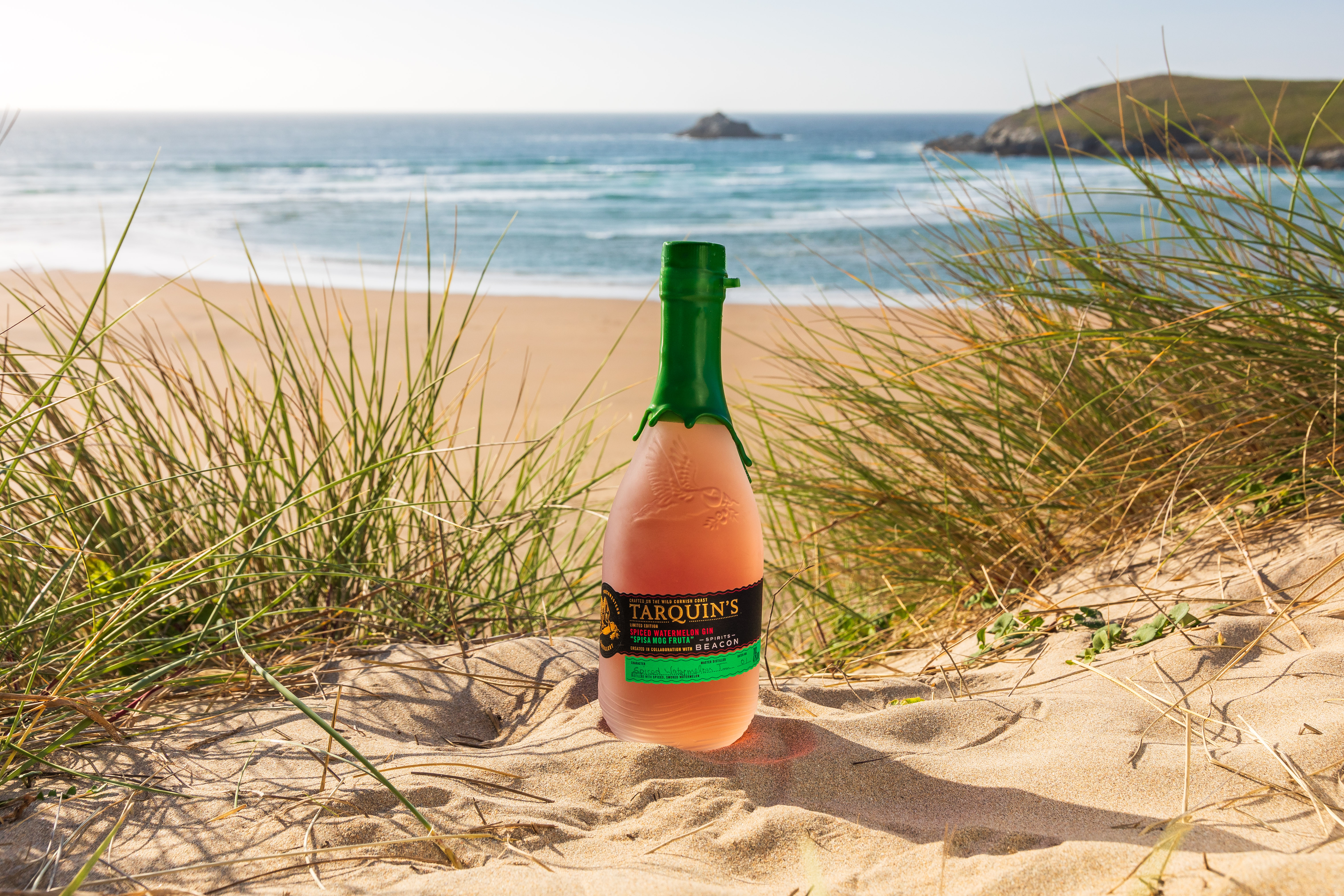 Tarquin's Spiced Watermelon Gin is a spice, smoke and fruit combo that's inspired by a love of the beach and summers spent in Cornwall.

The team take ripe and juicy watermelon and coat it with a blend of six spices. All the jerk flavouring is lovingly rubbed and patted in and then, the spiced watermelon is roasted & charred over an open flame.

Once bubbling with caramelised sugars and with a scorched and candied rind, the fruit is infused with SeaDog Navy Strength Gin. This captures all of the smoke, candied watermelon and transfers it into the liquid. But it wasn’t enough! Even more watermelon is added in all the forms imaginable, kilos of the stuff, as well as some carefully chosen botanical distillates (including Cayenne pepper, paprika, cinnamon, cloves, nutmeg, black peppercorns and Chipotle chillies) before being reduced with Cornish water to a bottling strength of 47% ABV. 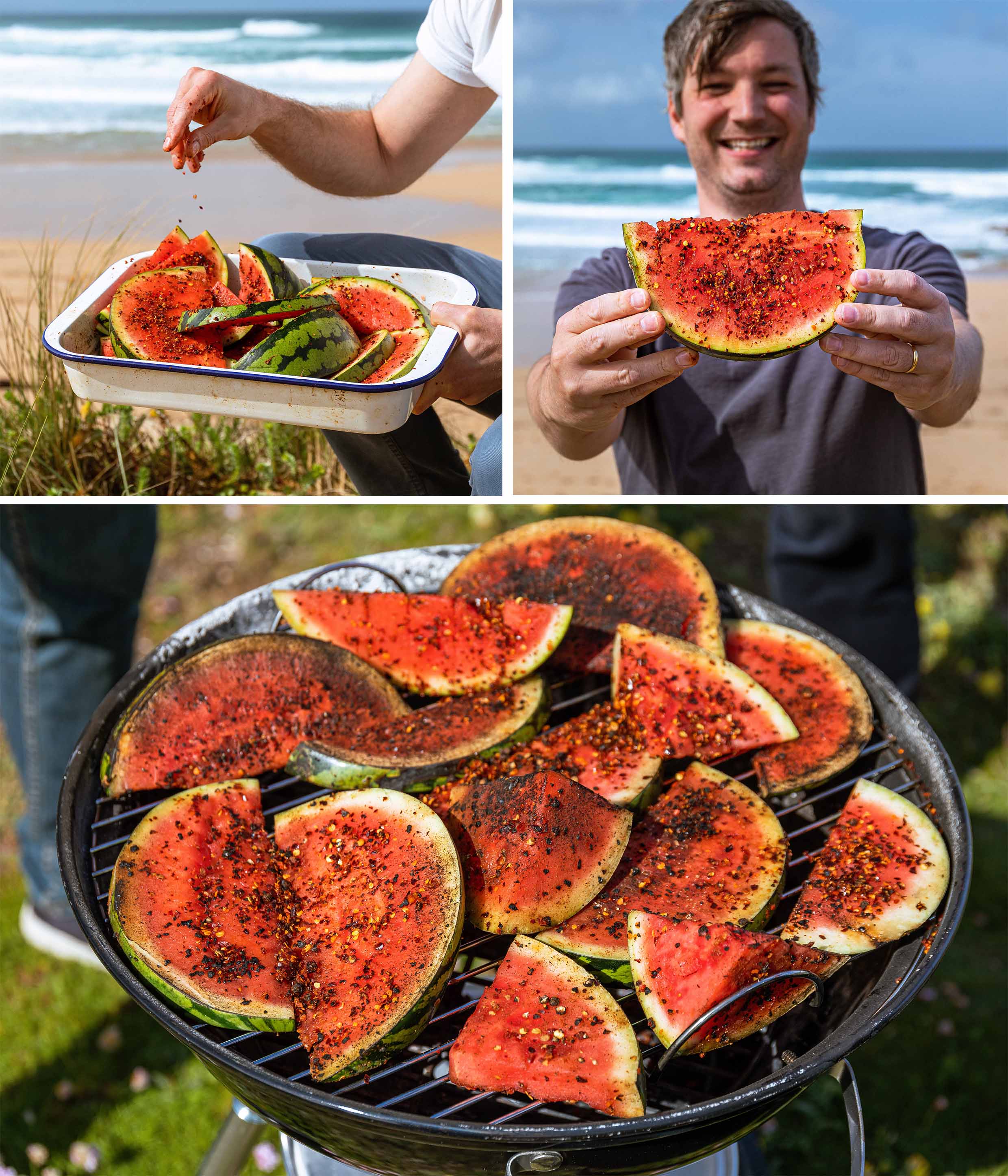 It’s a bold gin that’s loud on juniper and big on smoke and spice.

The aroma is filled with rich spice and BBQ smoke, backed by pronounced resinous juniper. To taste the earthy spice, toasted oak and waxy pine continue, while caramelised watermelon and sweet citrus builds in the backdrop. Smoked citrus peel, cinnamon, clove, chili spices and fruit linger on the finish.

It’s intentionally more aligned with the idea of a beach barbecue than it is a watermelon “fruit gin”. Think of a Jerk Watermelon that’s just come out of one of those Green Egg cookers. Big on spice, seared at the edges and infused with all the smoke a BBQ can bring - as that's what this gin is all about.

Expect a scorched juniper and spice profile to lead, not a fruit punch. That said, watermelon comes through much more with tonic and dilution and the fruity tones are in abundance in a G&T or once stirred down in a Watermelon Negroni. 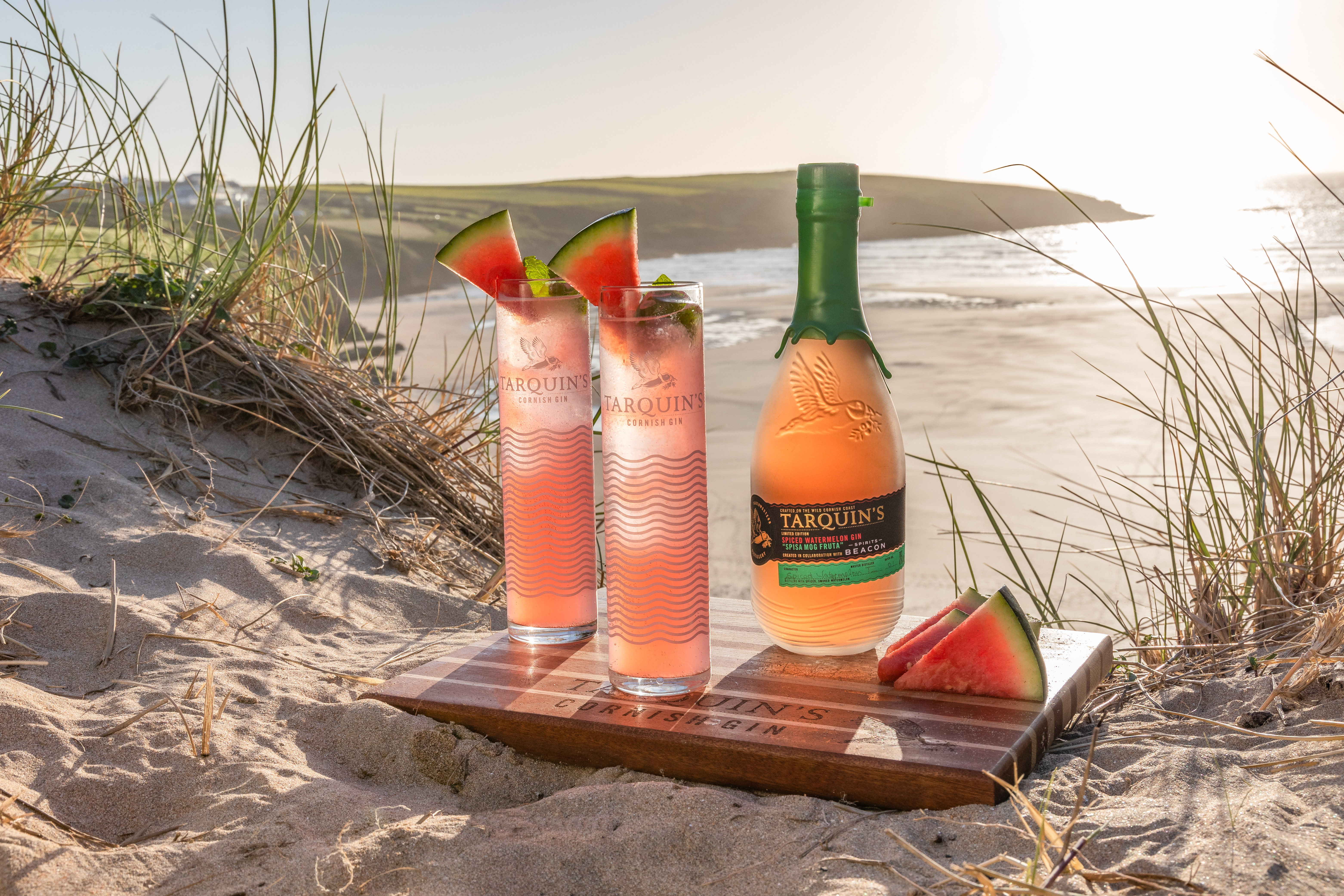 How do you recommend serving it?

If you want to boost the fruitiness add a watermelon garnish, but when it comes to a G&T with Spiced Watermelon Gin, we like the combo of Mediterranean tonic water and an orange peel.

The higher abv and the bold nature of the gin also makes a fantastic Negroni as the fruit and smoke really fill the glass too! Alternatively, why not try the glorious looking cocktail pictured above from the team at Tarquin’s…

Half fill a highball glass with ice. Add gin and juice, then gently stir with a bar spoon. Generously top with cloudy lemonade and finally garnish!

Does it taste the same as the Junipalooza preview batch?

Junipalooza weekend was a glorious weekend of gin, sunshine and fun. It was also the weekend that a sneaky preview batch of Tarquin’s Spiced Watermelon Gin was showcased. It went down a treat, with smoke, spice and that underlying fruity twist proving a hit with some of the UK’s most discerning gin drinkers.

So why just a preview and not the release? Put simply - there were difficulties getting the balance just right and the full-sized production batch wasn’t ready yet.

The preview bottles that were being served over the Junipalooza weekend were a little teaser of what was yet to come, with the full release due a few weeks behind. It was a micro-batch the team had previously made to perfect the recipe ahead of a scaled version.

The full release is identical - and the gin that was brought to share with the hundreds of people asking about the distillery’s next collaboration with Spirits Beacon (formerly Gin Foundry) was just that – a way to share the love and what everyone was up to over Junipalooza weekend, not as a “tester” to decide how to tinker further. 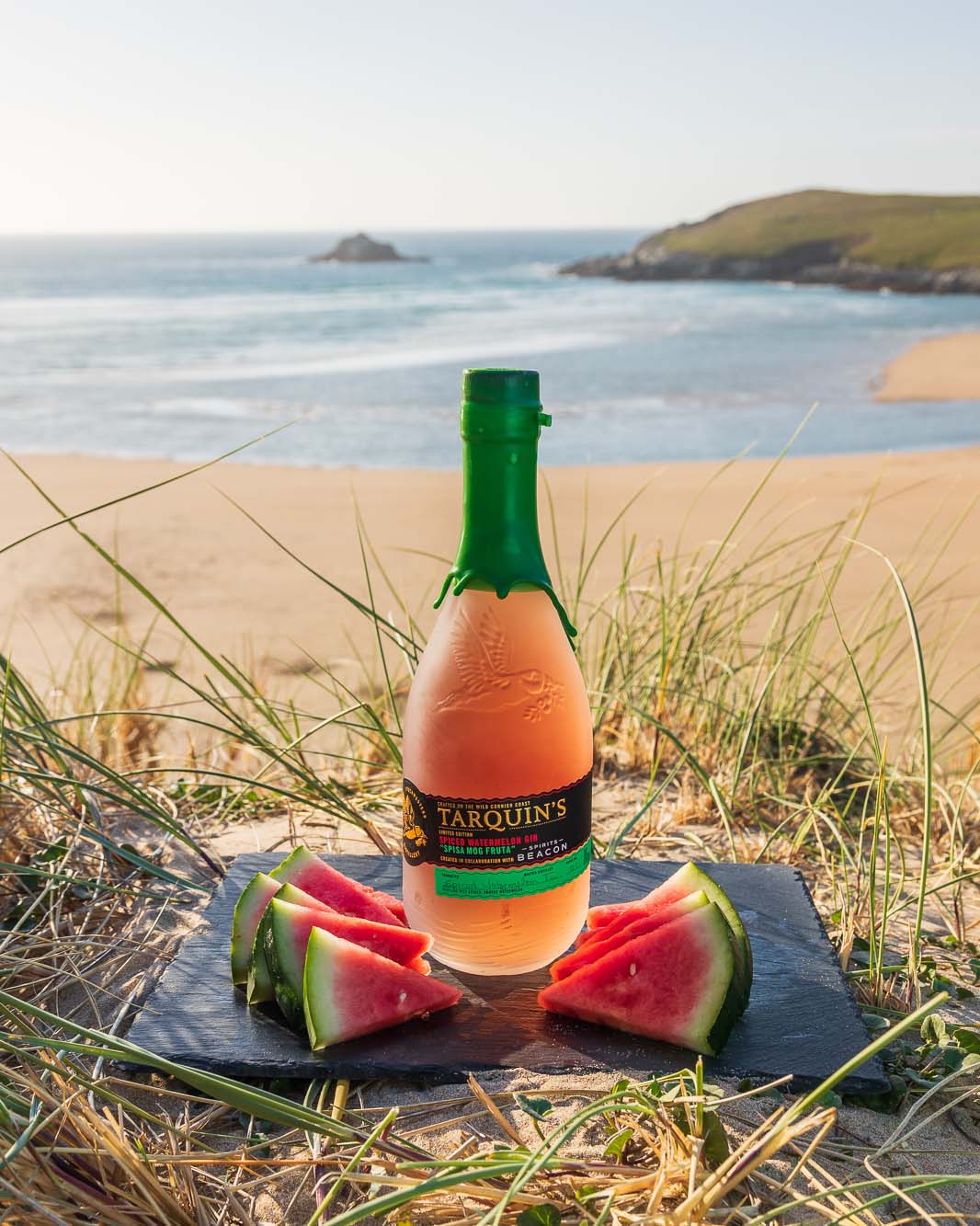 How limited is this Limited-Edition Gin?

There’s no quantity cap set on Tarquin’s Spiced Watermelon, but it’s a summer release and once we reach September, no more will be made irrespective of the demand.

As those who didn’t’ manage to get hold of the previous collaborations between Tarquin’s & Spirits Beacon will know well – these special gins are concepts intended for a time and a place – meaning the batches are set and not extended. When it’s gone, it’s gone.

Originally, given the release was due on the 1st of June, this would have meant several thousand bottles to keep up with the Cornish summer season. Due to the circumstances, the time-consuming process involved in making it and today’s much anticipated but delayed launch date – it’s unlikely that Southwestern Distillery will make more than 1000 - 1200 bottles before that cut off date.

In other words, nowhere near enough so be quick!