March 8th is a date that’s been firmly etched on our calendars for years. It’s International Women's Day. The globally recognised day is one where hundreds of thousands join together around the world to celebrate the social, economic, cultural and political achievements of women.

The day also marks a call to action for accelerating gender parity and it’s worth debunking myths around its significance, meaning and why it still matters.

Namely, the day is predominantly about gender equality. Although not commonly, it is also sometimes referred to as Civil Awareness Day, Anti-Sexism Day and Anti-Discrimination Day and each speak to the fact that this is not about one gender or another. It’s about parity.

Secondly, it’s not some woke movement or a new thing either. International Women’s Day has been celebrated every year since 1911.

A lot has changed in the 110 years + since it began but there’s still a lot to do for that core mission – to reach gender equality – to be obsolete.

The campaign theme for International Women's Day 2022 is #BreakTheBias that the organisers state “Whether deliberate or unconscious, bias makes it difficult for women to move ahead”.

When it comes to spirits, there is an overwhelmingly positive story to tell when it comes to inclusion and today, talented women are at the helm of some of the biggest names in distilling. More and more the conversation centres around excellence, not gender. More and more it’s about skills, not “firsts”. It’s worth celebrating this success and mark the progress made at every level.

Doing so encourages more as it ensures we never become complacent. We must all continue to do the work – including self-reflection about bias as is being called for this year. 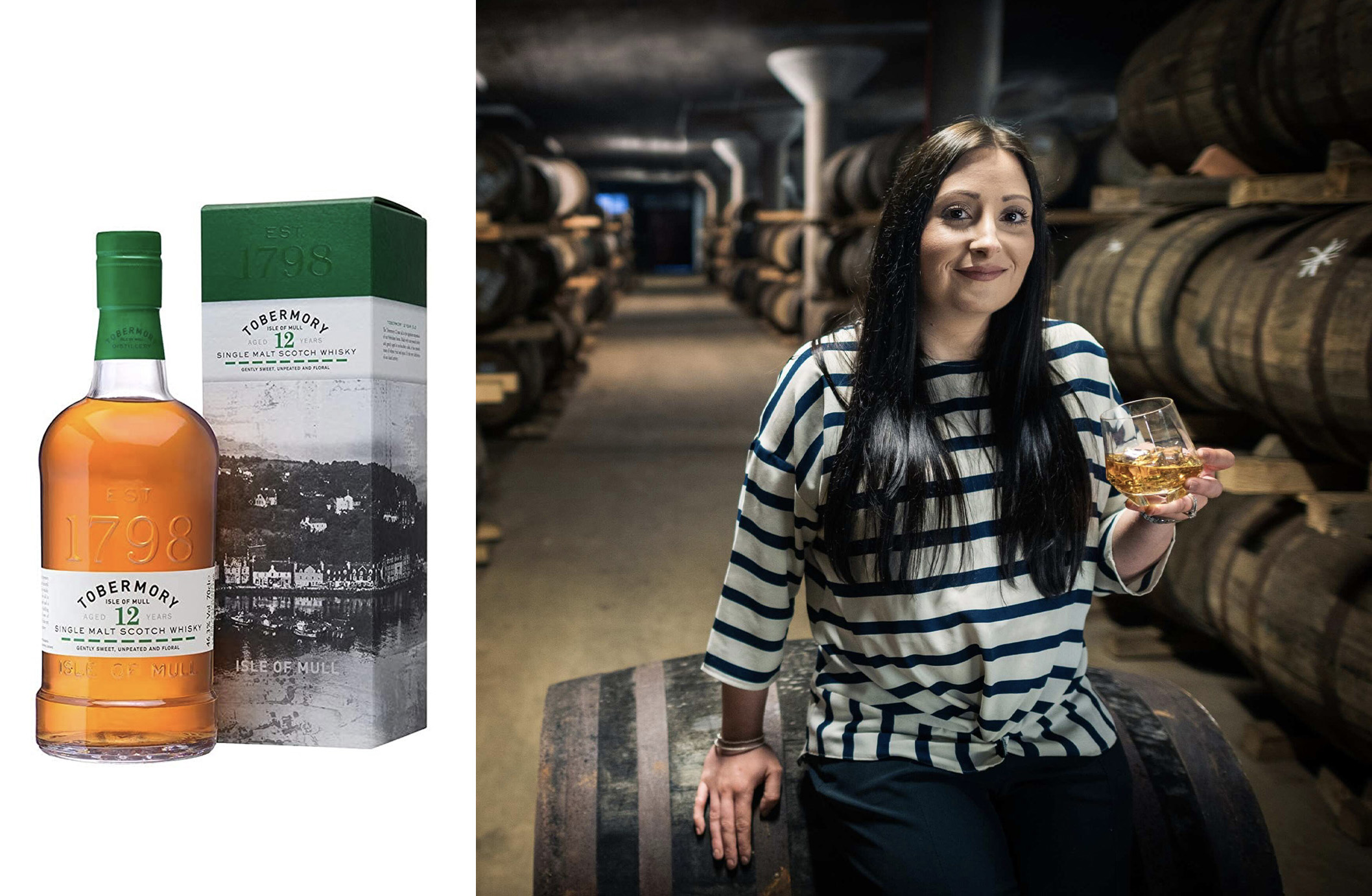 Julieann Fernandez found her way into whisky while studying forensics. She got a placement with Chivas Brothers’ laboratory while at university, at which time they were working on crafting a whisky for younger audiences in order to break traditional whisky stereotypes. It ignited a passion and once she finished her course, she returned to the world of whisky to take on a combination of analytic chemistry and organoleptic work.

Today, she is the master blender for Distell Group's blends, including Black Bottle Blended Scotch, and its Bunnahabhain, Deanston and Tobermory distilleries. 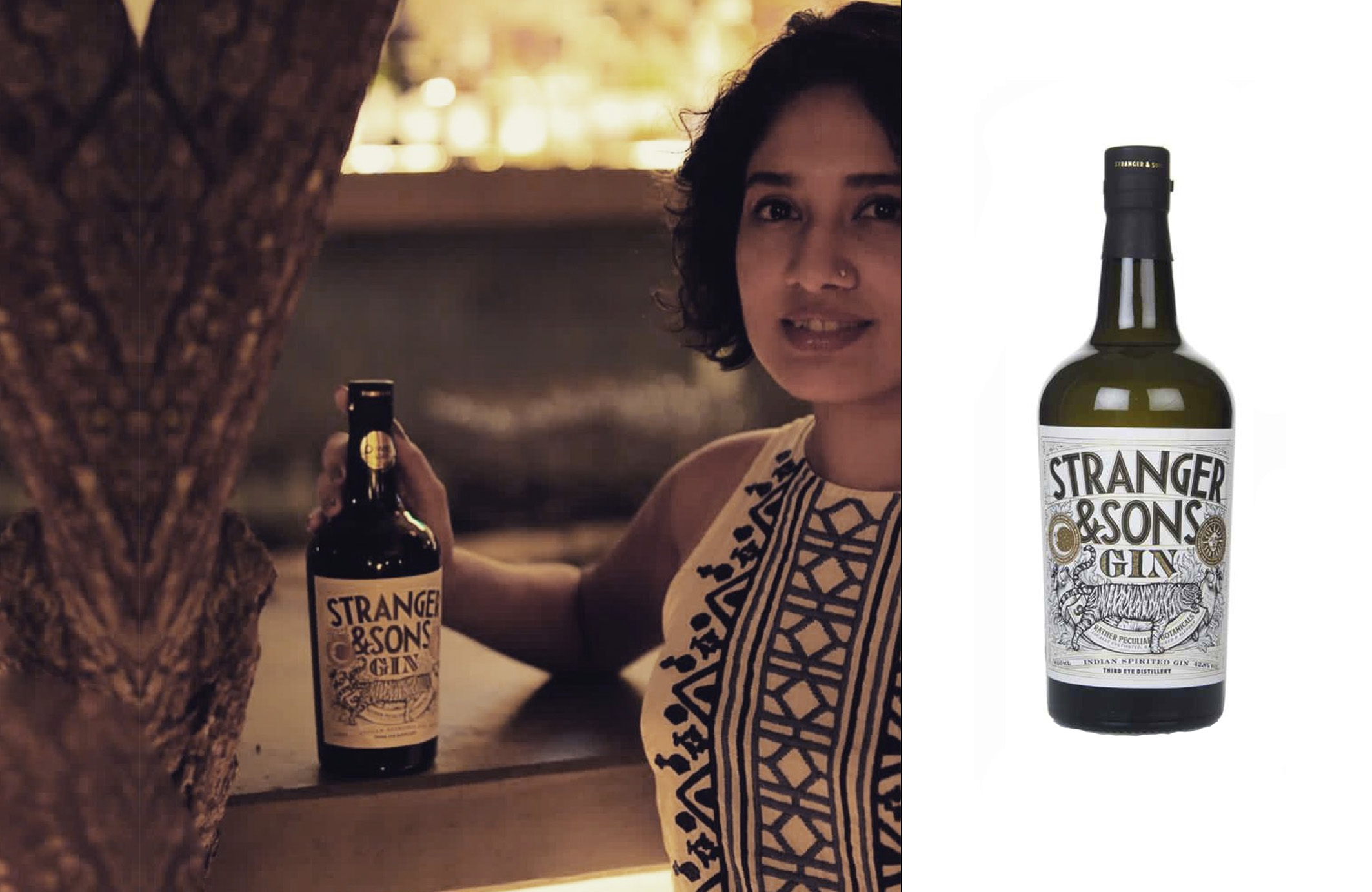 A self-confessed alcohol geek, Charnelle completed her Masters in Food and Alcohol Biotechnology as well as IBD Diploma before joining the distillery and continuing their meteoric ascent in the world of Craft Gin.

Not only does she showcase the ability to create something consistently brilliant in their flagship gin, but her passion for the industry is also driven by a pursuit to express her creativity and ideas through the medium of spirits – so expect a lot more to come in the years ahead… 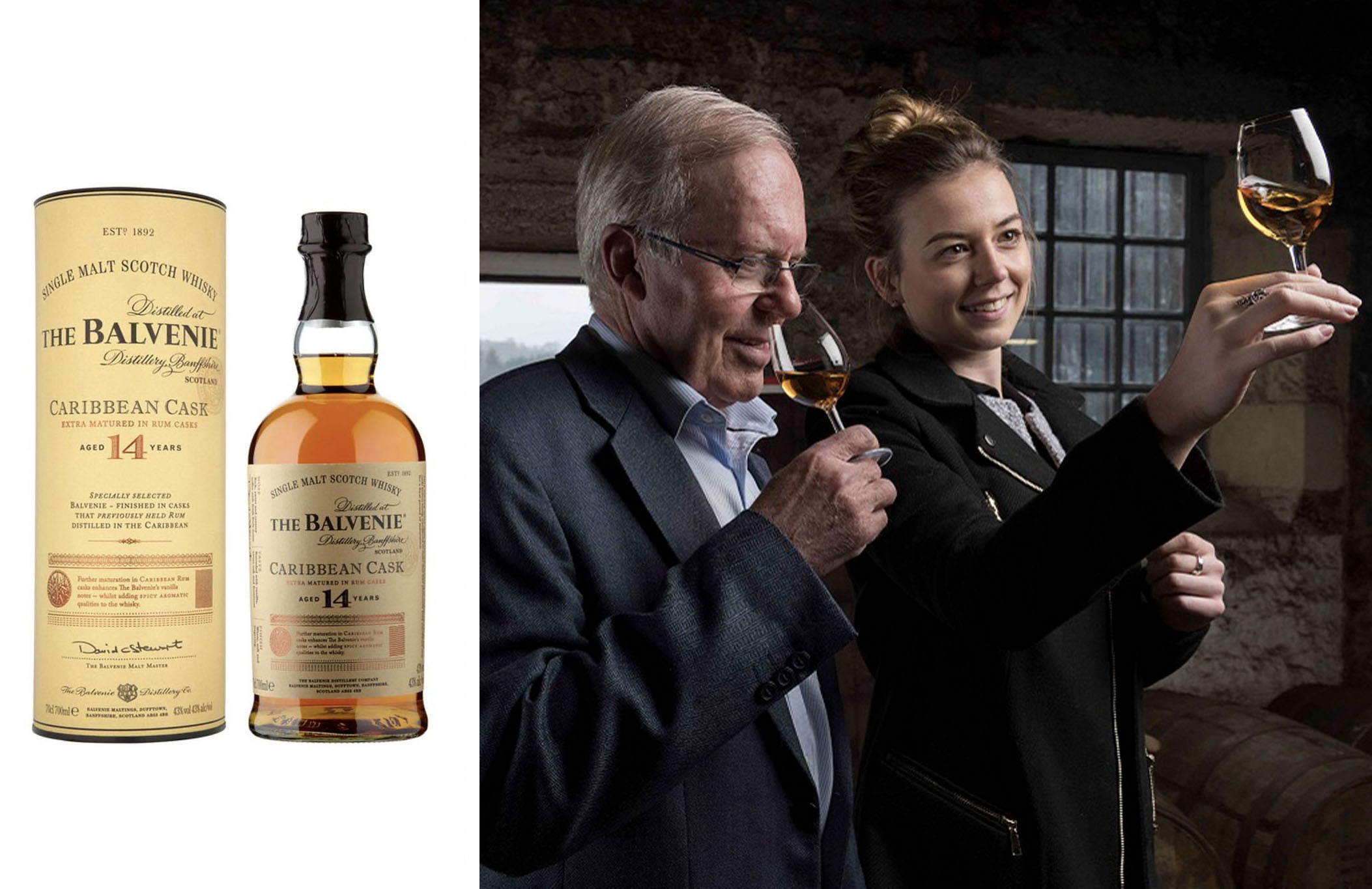 One of the rising stars of Scotch and a name to remember for the future is Kelsey McKechnie, The Balvenie’s Apprentice Malt Master. She is currently being guided by David Stewart MBE, having been promoted to the role after being part of the blending team at William Grant & Sons for a few years.

We say a name for the future because David’s apprenticeship lasted 12 years, while fellow William Grant Malt Master Brian Kinsman was an apprentice for eight, so it may be a while yet before she takes over the reins of one of the most respected Scotch Distillery’s malts!

Until then she is focussed on honing her craft to ensure its reputation will endure for generations to come. 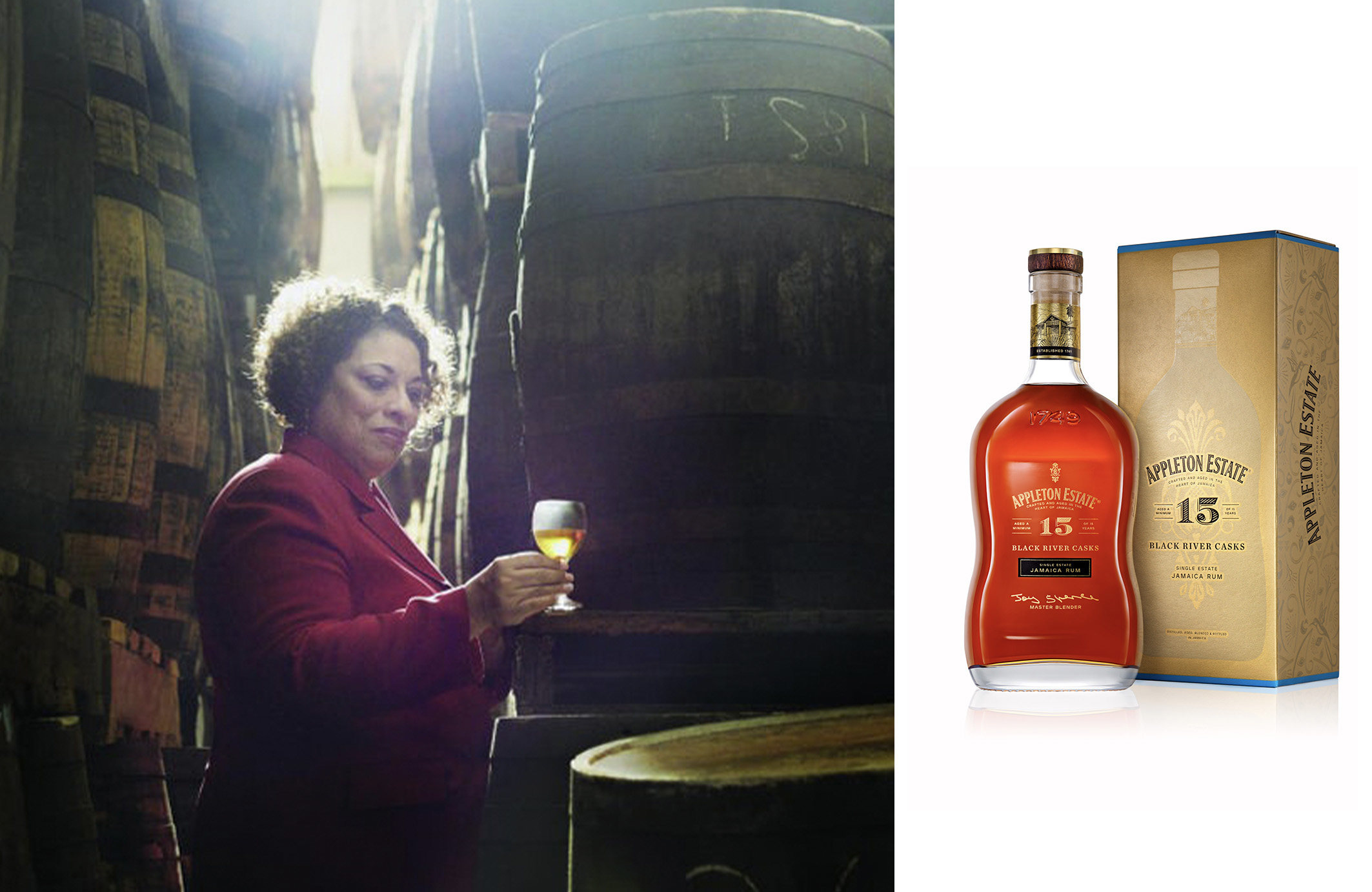 An icon of the Rum world, Joy Spence is a pioneer for female blenders and distillers. She broke the glass ceiling in 1997 when she was appointed as Appleton Estate's Master Blender – the first for the category.

Under her stewardship, the Appleton range has become a cornerstone of Jamaican spirits and a leading example of premium rum around the world. Good thing we’ve added the full range to our store then! 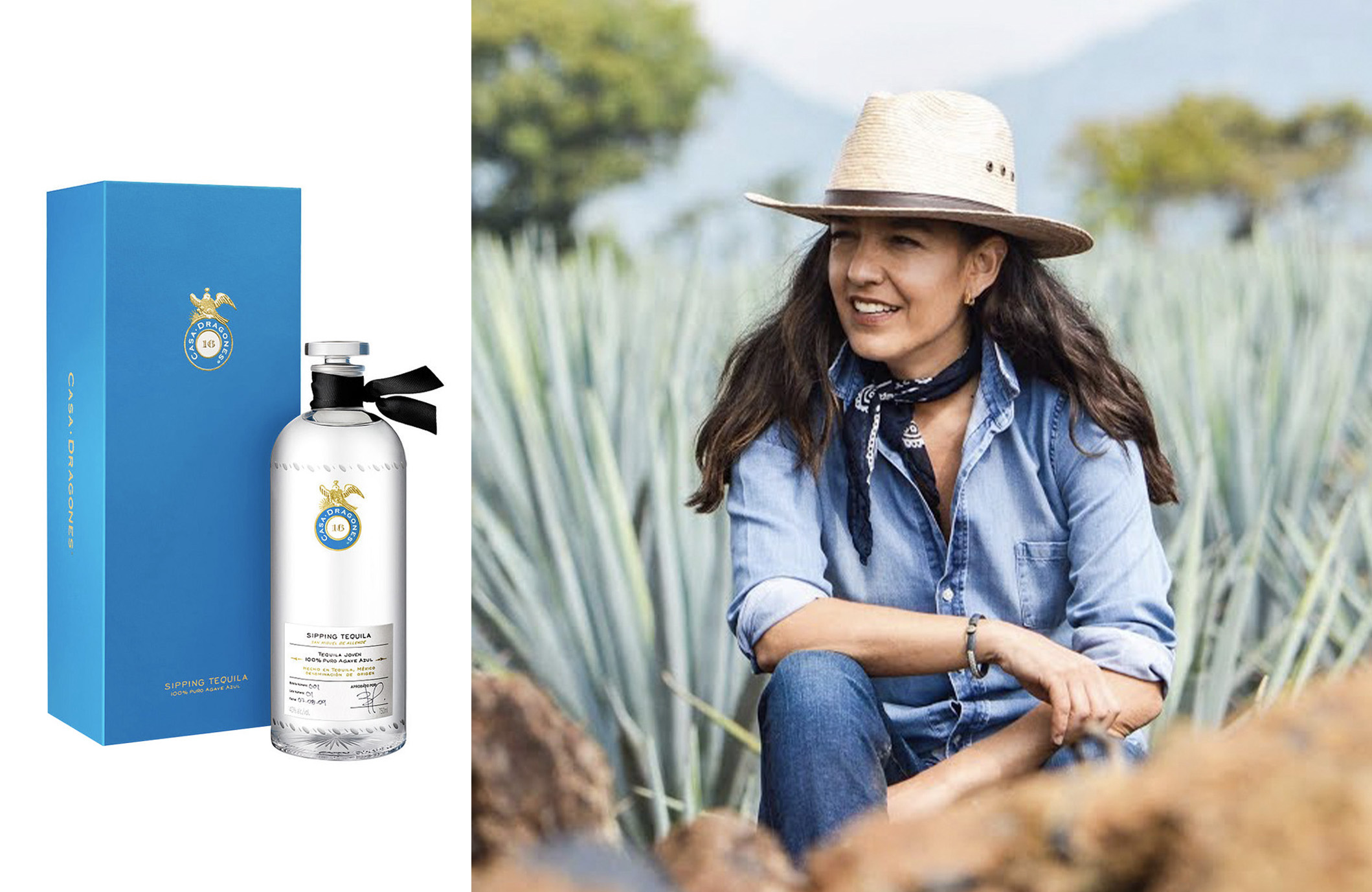 This is Bertha González Nieves, who pursued her dream to create a Tequila that reflected the category’s craftsmanship, quality, and innovation. Her Tequila range, Casa Dragones is sleek, with individually hand-engraved and intricate designs using a traditional Mexican technique called pepite on each bottle.

Not only is that a massive achievement - after studying for over a decade at Academia Mexicana de Catadores de Tequila, she also became certified as the first female Maestra Tequilera. A truly inspiring producer! 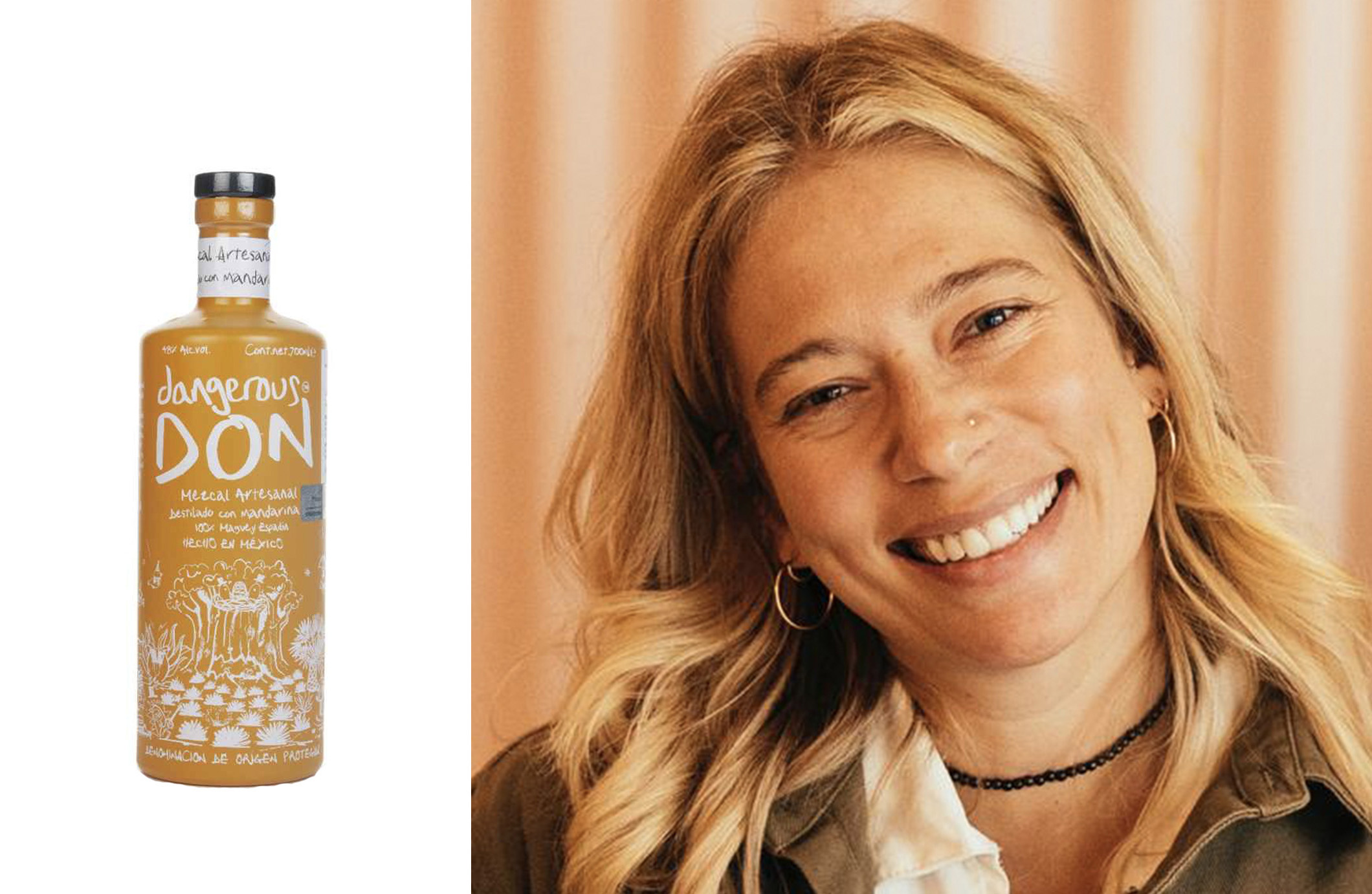 They say that it’s Mezcal that finds you and it was no different for Thea. She was introduced to Mezcal in Puerto Escondido on the Oaxacan coast as she travelled through the region.

With an immediate love for the spirit, she set about creating her own brand and decided to call it Dangerous Don after her dad’s nickname at university. Since it launched, Thea has gone onto pioneer flavour infused variants, with a coffee infused variant and one of our personal faves, the zesty citrus Mandarin infused Mezcal. 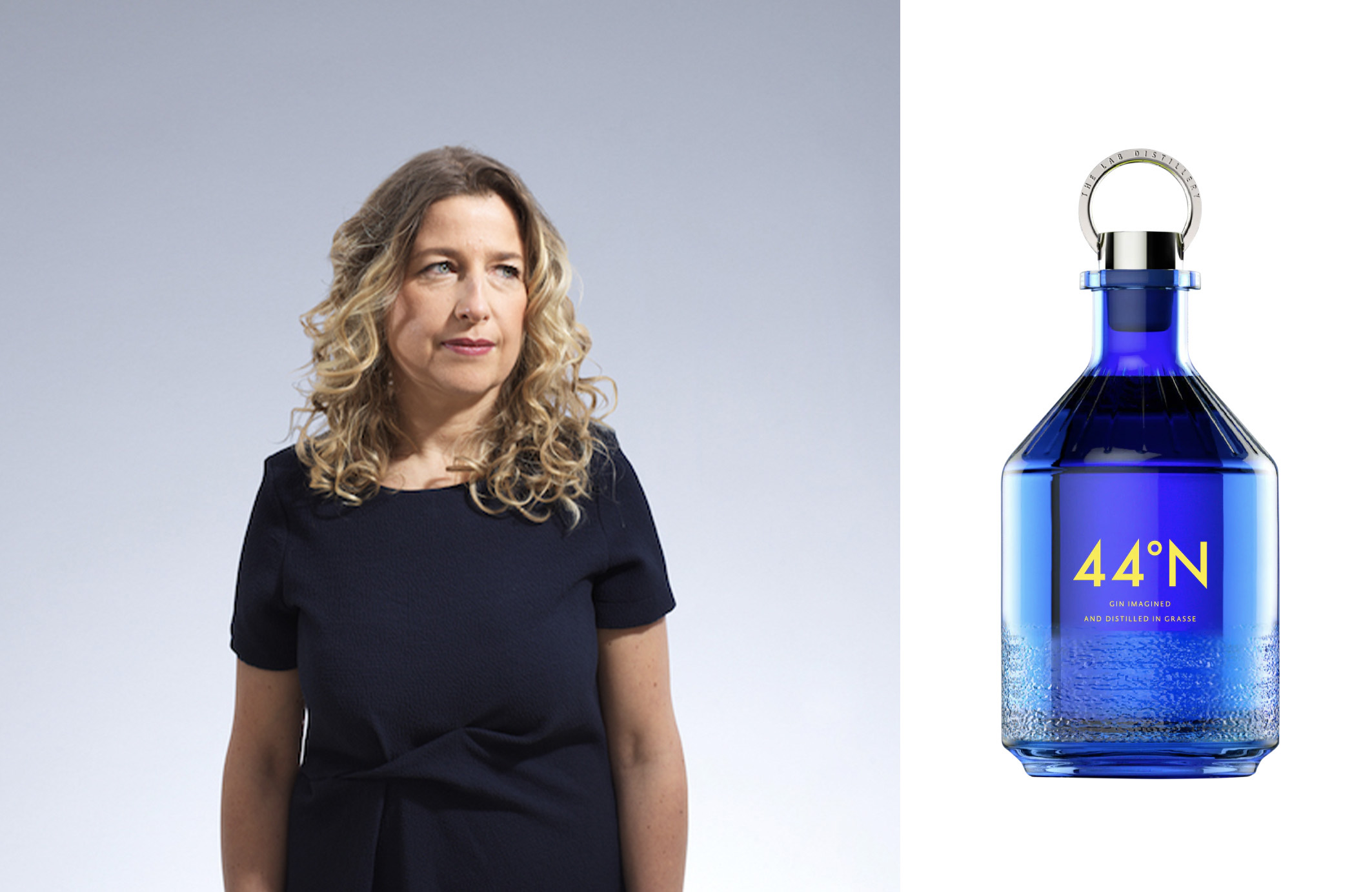 Here is one of the most adventurous gin makers in Europe - Marie-Anne Contamin is the Master Distiller at Comte de Grasse.

Her experience as an aromatician in the fragrance industry, a flavourist consultant and a lecturer at the University of Nice lead her to produce one of the most complex gins of recent times. The production process alone is a feat of engineering that boggles the mind!

Her gin, 44°N, has been highly inspired by the perfume heritage of Grasse and that innate ability to layer aroma and flavour is clear in each drop. 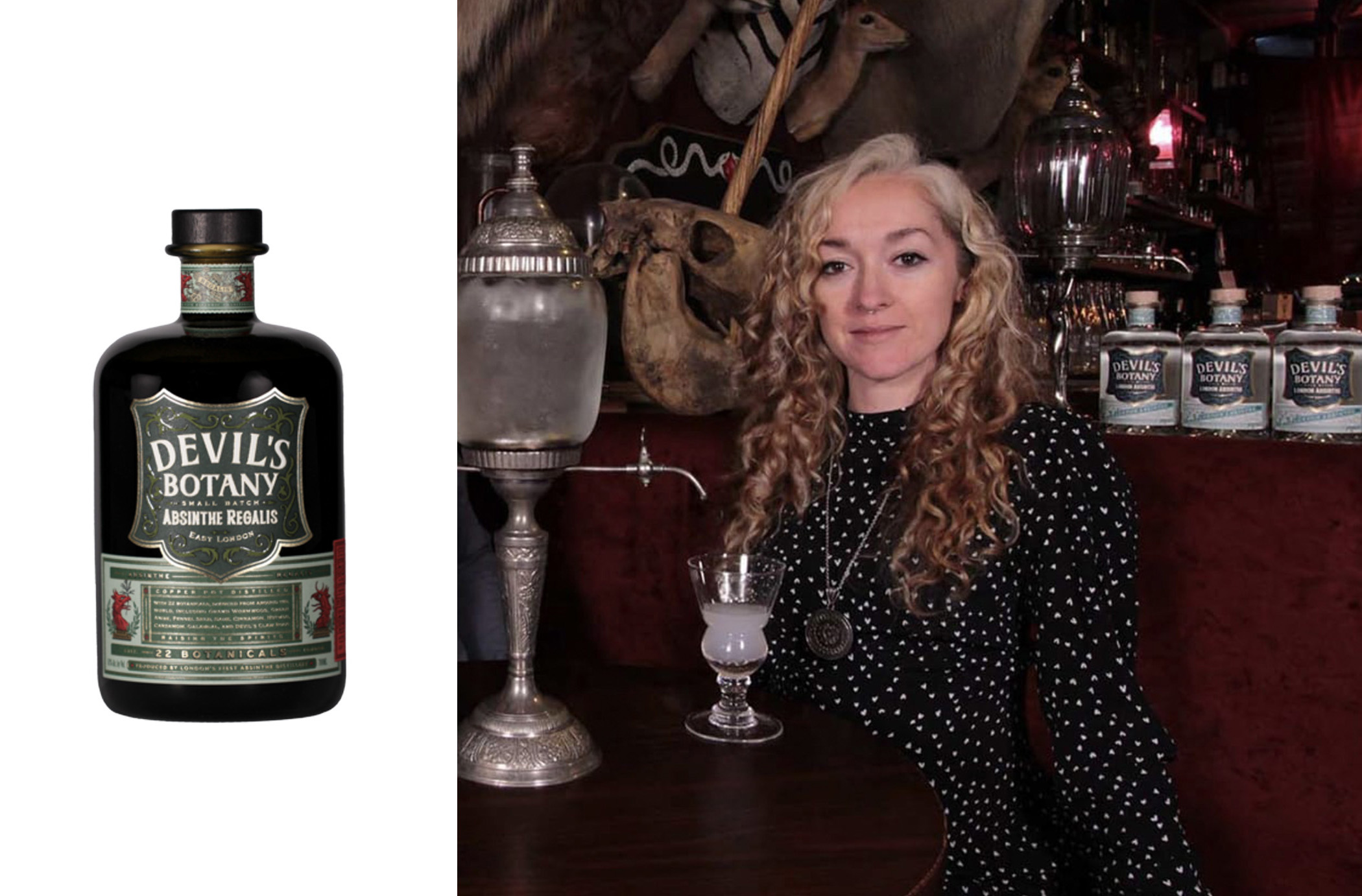 Allison Crawbuck’s curiosity for absinthe was first piqued after opening a specialist cocktail bar in 2016. She co-founded Devil's Botany, London's first absinthe distillery and is on a mission to take the often forgotten about outsider spirit back into the mainstream.

If you haven’t tasted them already - the Devil’s Botany Absinthes are worth seeking out, as they manage to balance history and tradition while forging a new chapter for the category. She and her distilling partner Rhys Everett honed recipes that honoured the original absinthes of the pre-ban era. From there, they scoured through old manuscripts of herbal elixirs from the 18th century for other inspiration to layer in.

The result is a floral and herbaceous absinthe with undertones of almond and mint-chocolate. Delicious! 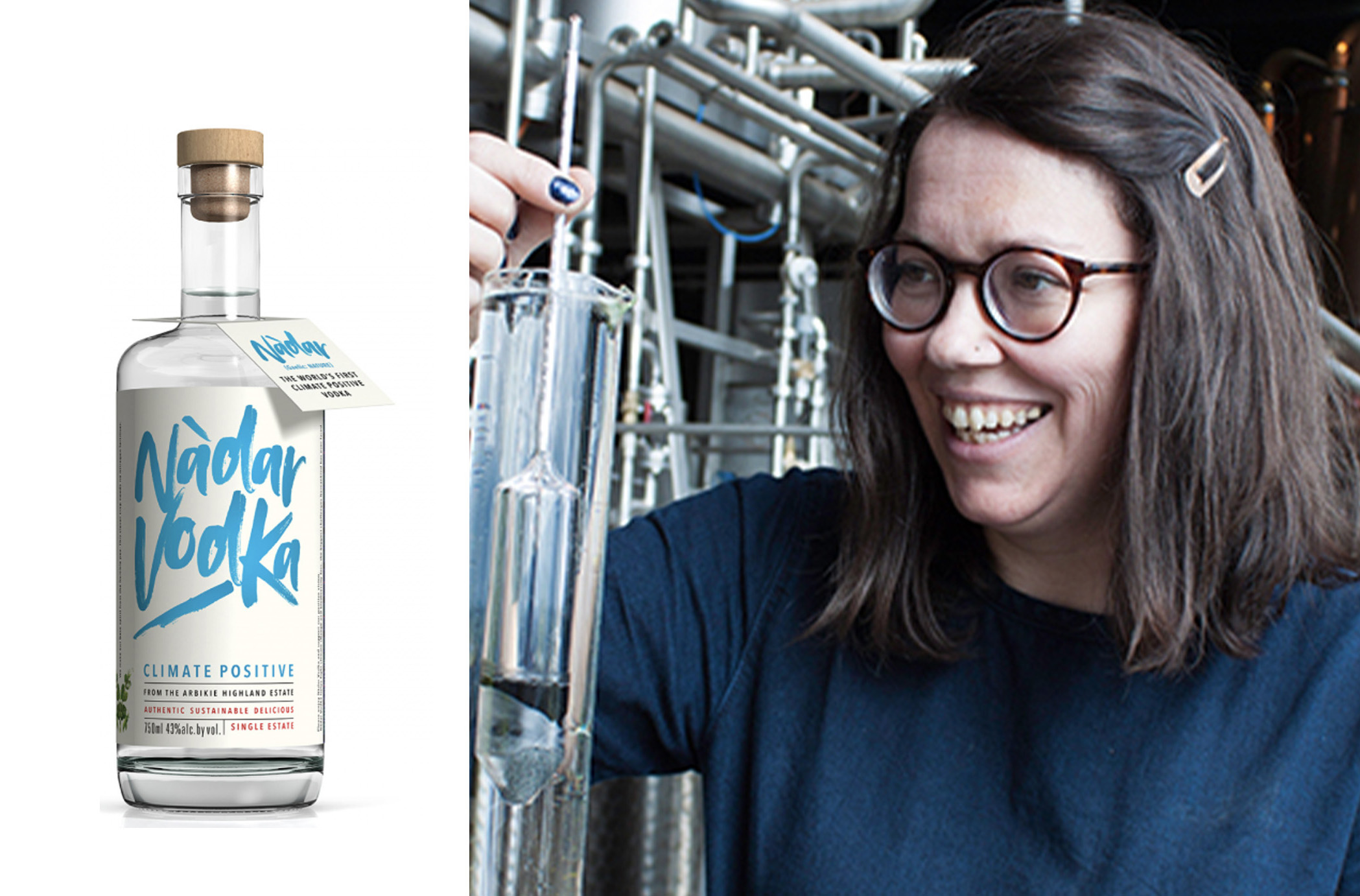 This is Arbikie Distillery’s master distiller, Kirsty Black. Kirsty created Nadar Vodka after five years of extensive research with scientists at Abertay University in Dundee and the James Hutton Institute.

By shifting the focus onto climate change and biodiversity loss, her work not only looks to minimise the drinks industry’s impact on the environment, but also demonstrate to others the potential options available and how they might take advantage of these challenges.

She (and Nadar as a concept) is a true trailblazer for the generation of producers whose focus will have to factor their environmental impact. 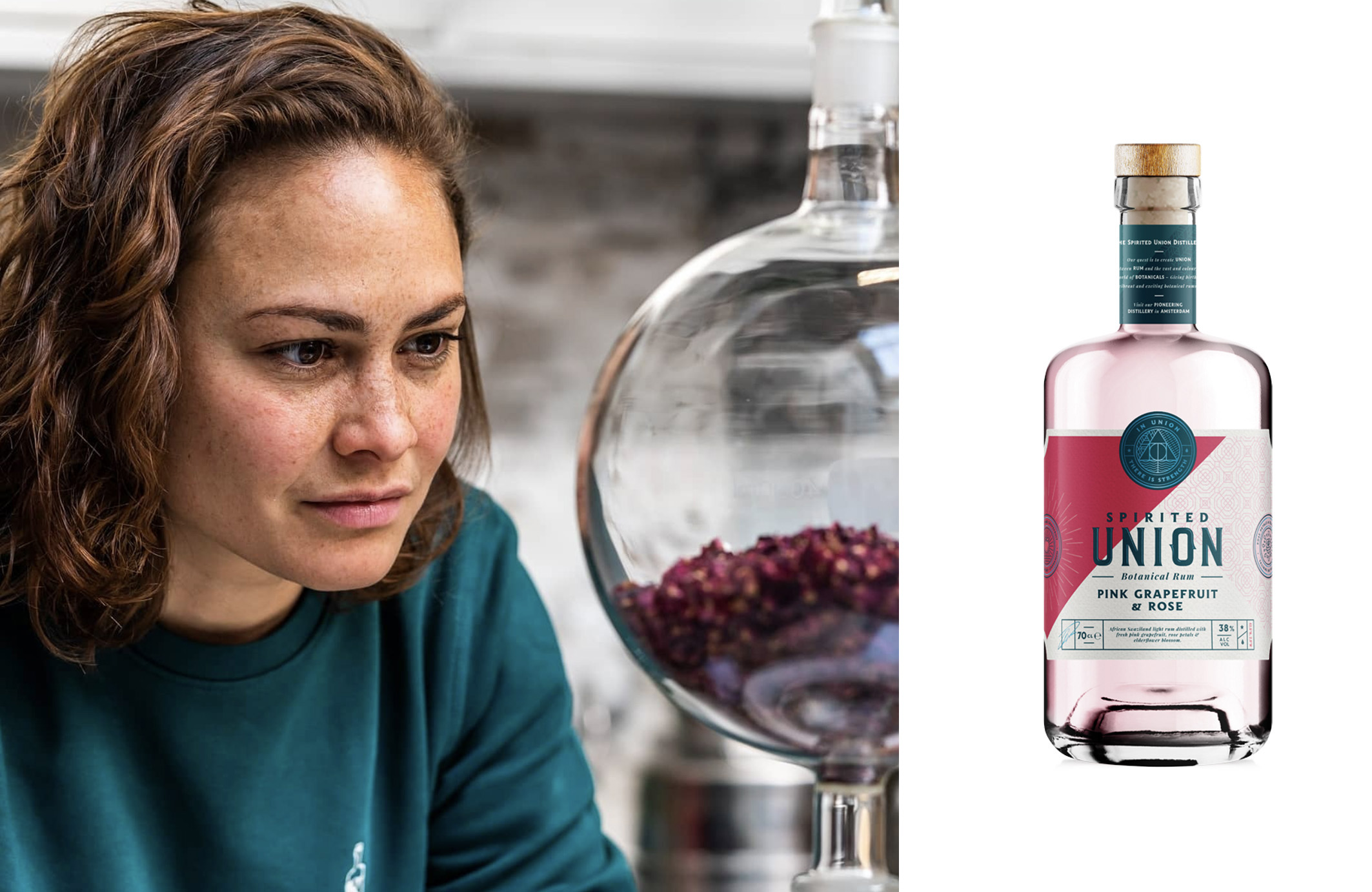 Sharai has been a big part of the Dutch hospitality scene since 2016, when she joined the Isaac Academy where she became a Bar & Hospitality trainer, going on to be a finalist in the Dutch Bartending championship in 2017. She then decided to take on a new journey, working as a brand ambassador for the Dutch jenever brand; Boompje Genever.

Today, she is responsible for fusing rum with botanicals in innovative combinations for the Spirited Union range. Her career shows the inclusive nature of the drinks industry and that for those skilled enough, it is possible to find fulfilling and creative work in a variety of capacities as you evolve. 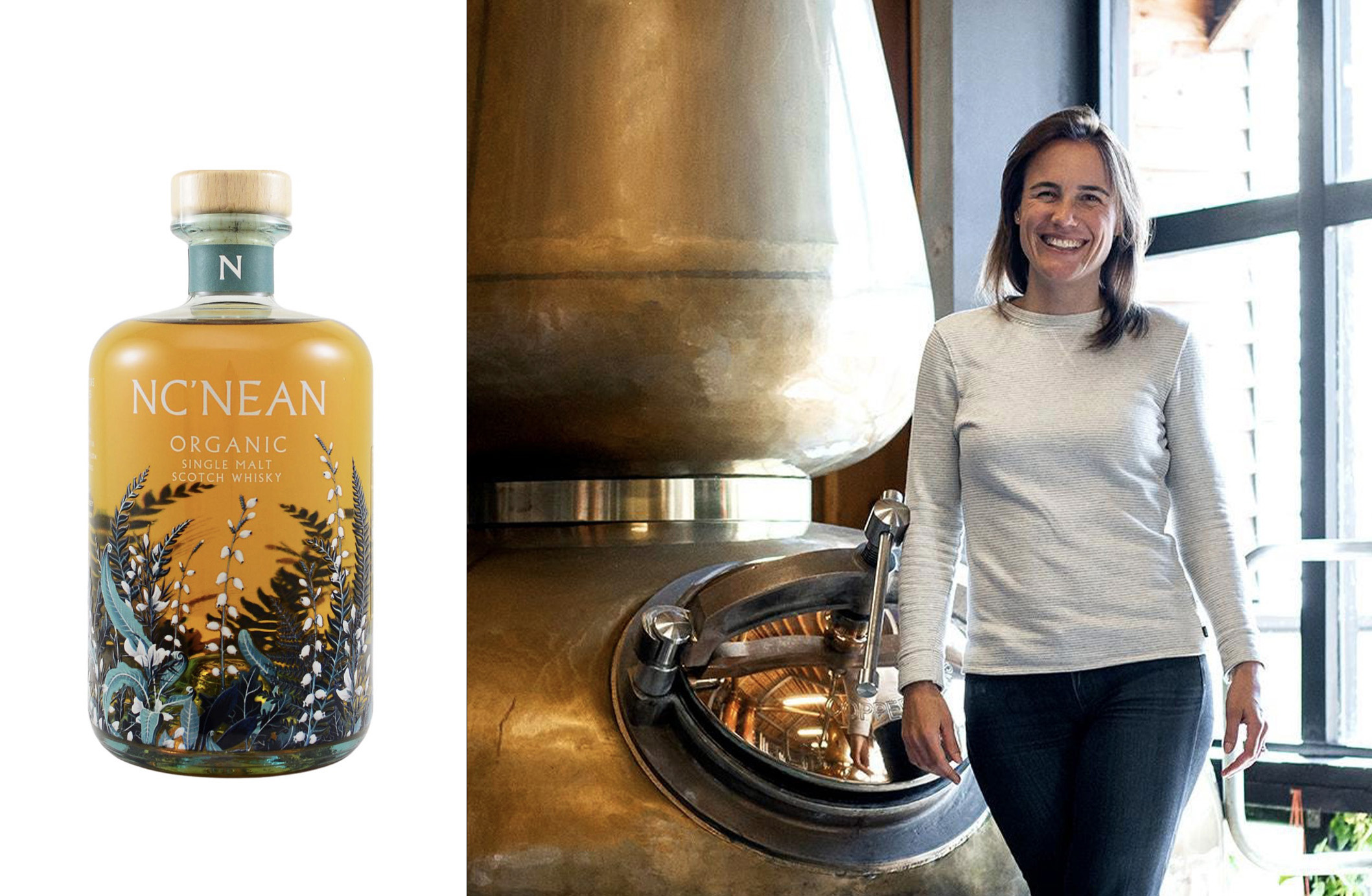 Nc'Nean founder and CEO Annabel Thomas is a person in high demand and a name that's fast crossing over into the world beyond drinks.

Thomas' vision and approach to sustainability is creating waves of additional interest around the distillery and has catapulted her to the forefront of a movement towards a more environmentally conscious and inclusive industry.

Even better still – Nc'Nean Whisky is phenomenal and one of our favourite new additions to the Kiosk shelves over the past twelve months. 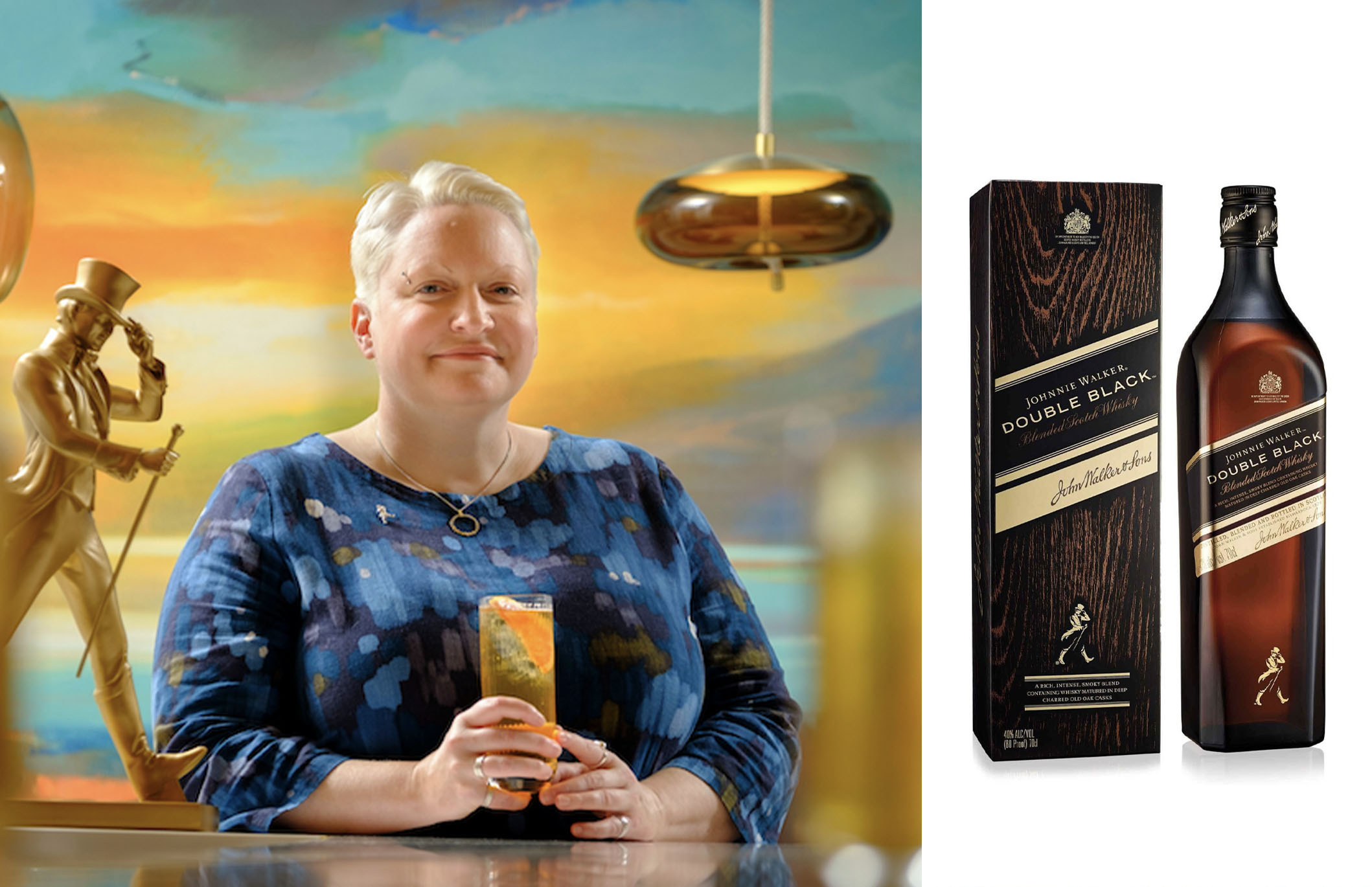 Having first joined Diageo 13 years ago, Dr Emma Walker has taken over the reins as the master blender of Johnnie Walker. Her innovations already include the Johnnie Walker Blue Label Ghost and Rare series, and the Jane Walker release.

She leads a 12-strong team of expert whisky makers to create all Johnnie Walker variants which are sold in more than 180 countries around the world – arguably, the biggest job in Scotch. 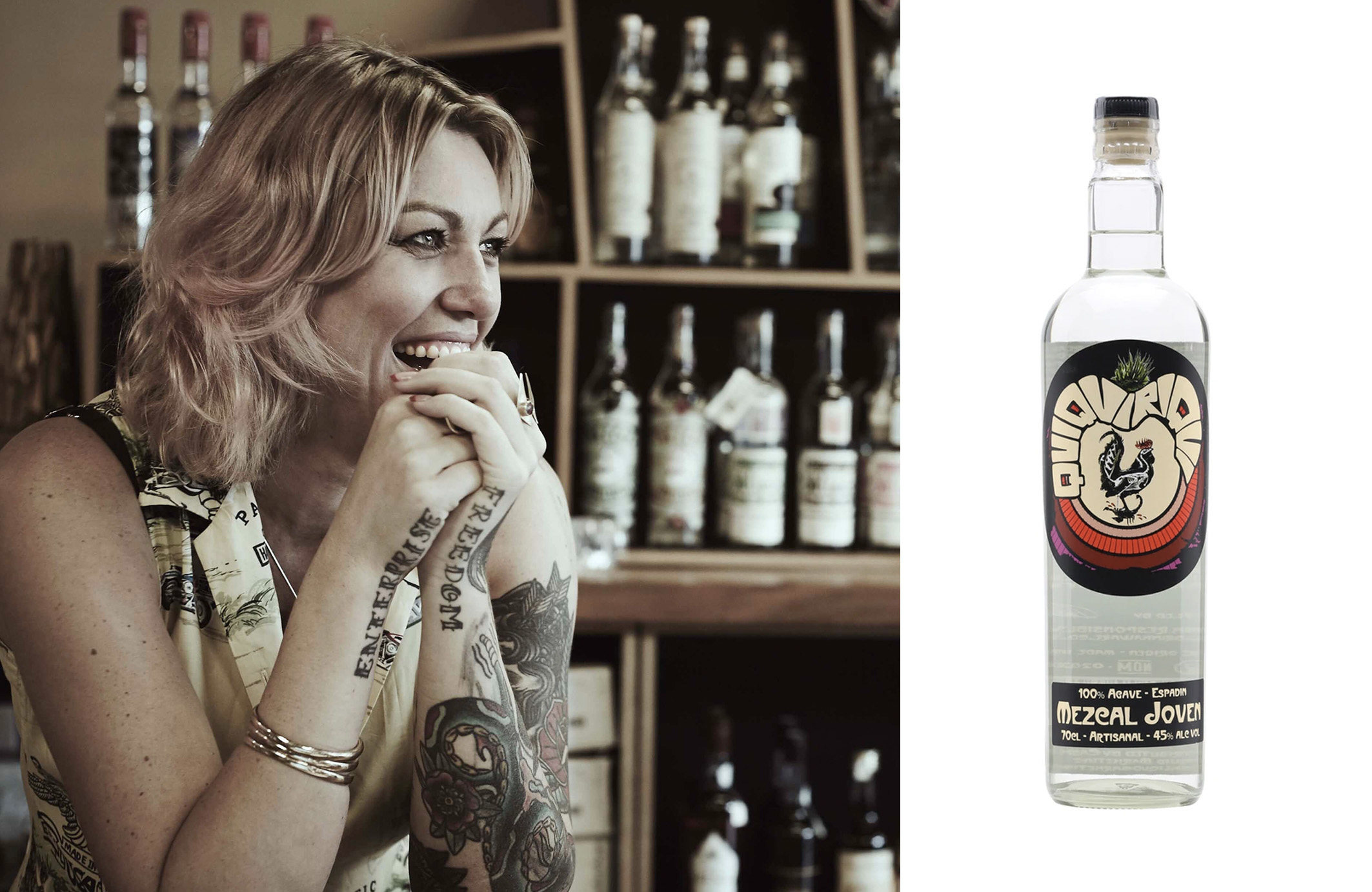 A pioneer in the UK’s appreciation of all things agave, Melanie Symonds first fell in love with mezcal on holiday in Mexico, going on to open the UK’s first Mezcaleria in 2010.

Wanting to combine affordability with tradition and authenticity – she then set out to create her own Mezcal brand. To do so, she partnered with the Mendez family, who were looking for an exporter to share their spirit with the world and between them, QuiQuiRiQui was born.

A great mezcal, brought to you by one of the category’s true champions.

While we've tried to include a broad variety of spirits above, there are dozens more brands that are made by inspiring and talented women that are sold here through Spirits Kiosk. Browse around and you'll find this information in the descriptions on each of the product pages.

There are also so many ways to support them above and beyond amplifying their presence and their voices and if you would like to see us take on a campaign or different approach, please get in touch to let us know!