WOW! What a weekend. Almost 2,500 of you gin-thusiasts descended on Tobacco Dock over two beautiful days and Junipalooza did not disappoint!

The Dock was flooded with over 50 gin makers proudly sharing their creations from all across the globe, as exhibitors stood side by side to celebrate this amazingly diverse category. 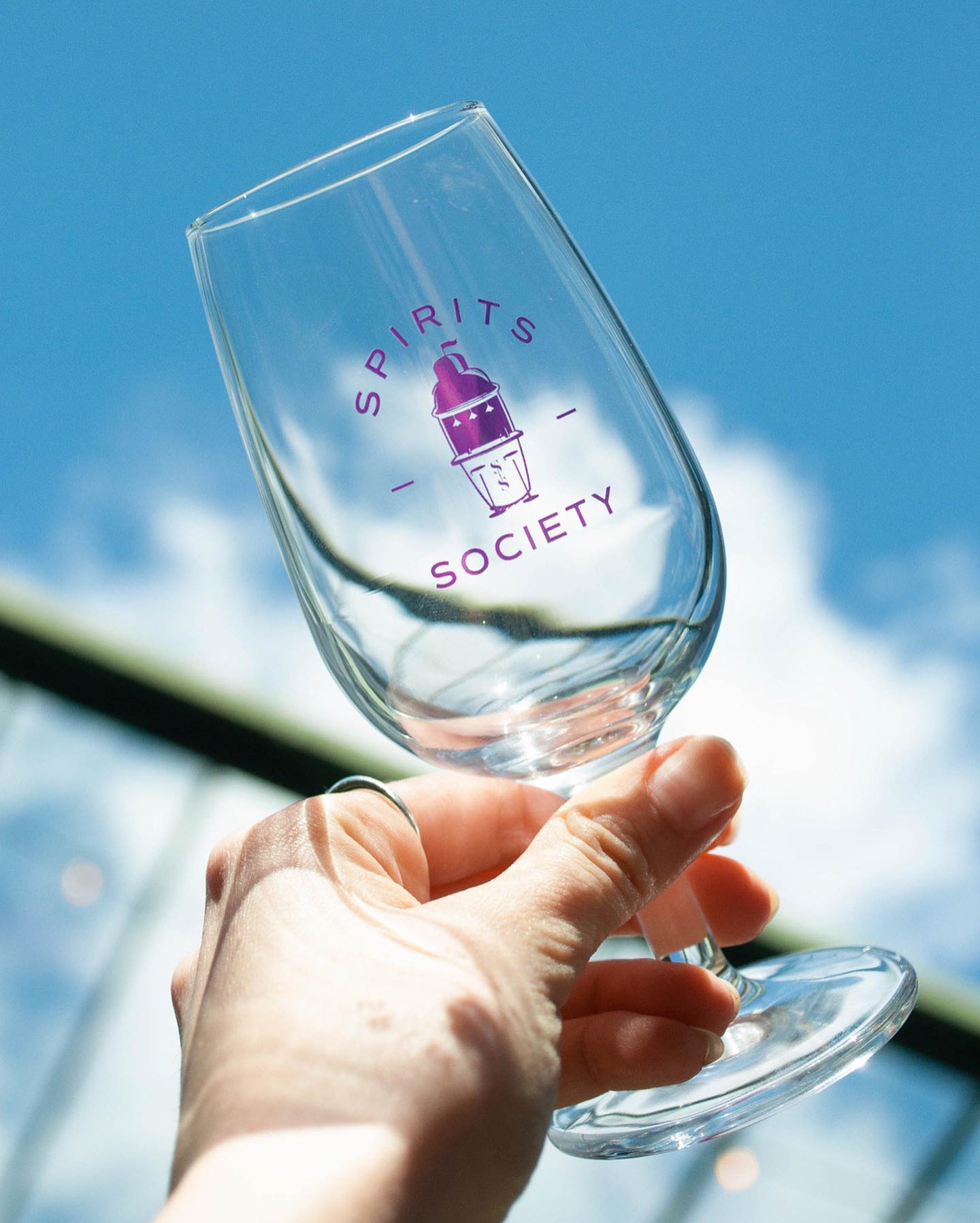 It seemed as though everyone was on the hunt for quality over quantity, be it from old favourites or something new. That search and the relentless discovery guests go through is why a meet the maker event like Junipalooza is so energetic!

We were on site as a full Spirits Kiosk team to host a one-stop-shop of all the bottlings exhibited at the show. With over 220 different expressions available to guests, it was a fun challenge to take on. 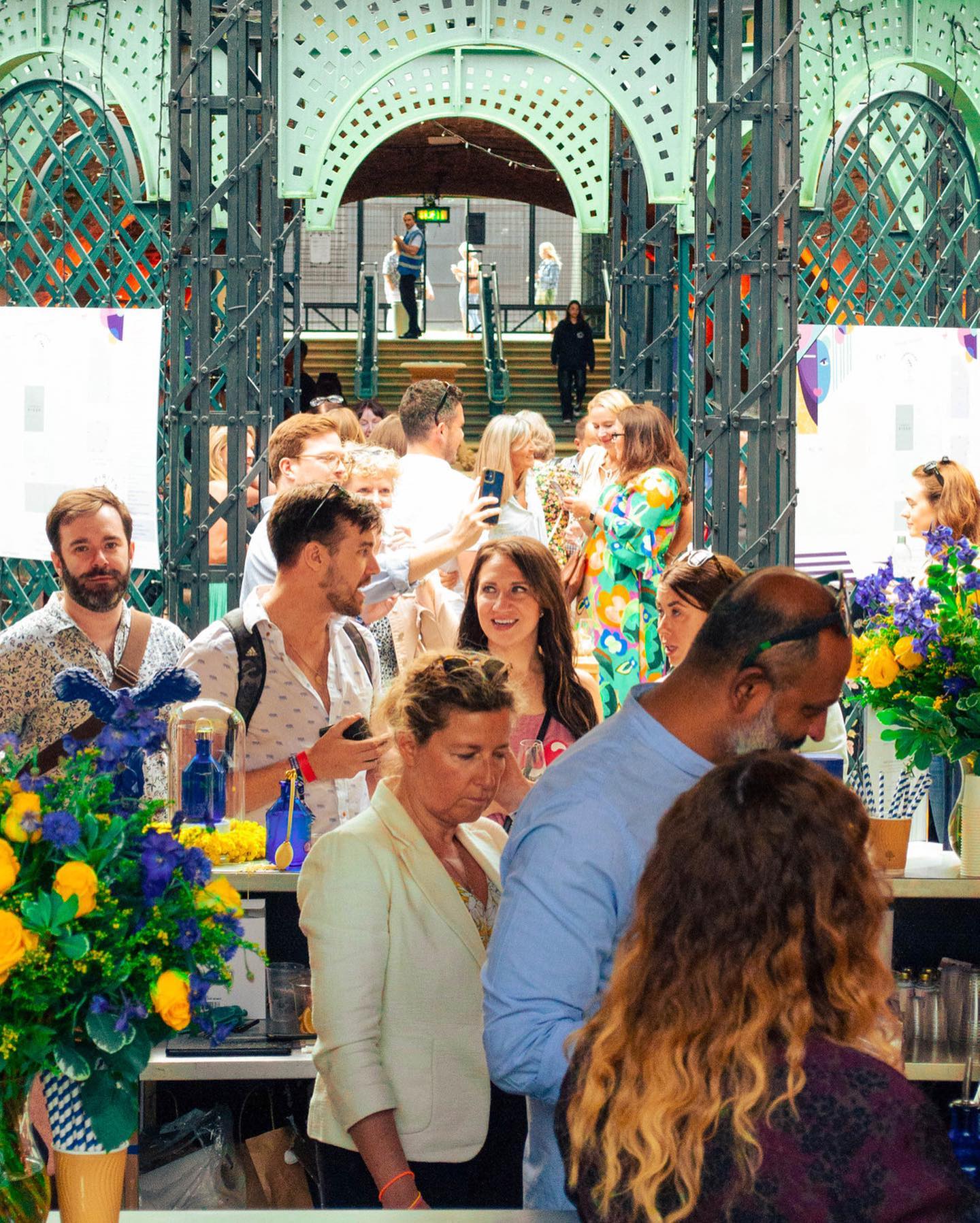 Not only is it always a privilege to be a part of such an influential celebration of the category, but the chance to talk directly to customers and meet so many in person made it super special for us.

Of course, this was the perfect opportunity to delve deeper into what we don’t know about Gin and learn from the producers themselves - but what made it better was listening to how you all feel about it and what you search for in a quality gin.

We’ll be bringing a lot of that into what we do over the months ahead to better service your needs and our recommendations.

Here were some of the most frequent things we were being told, as well as some observations from what we could see and overhear around the show… 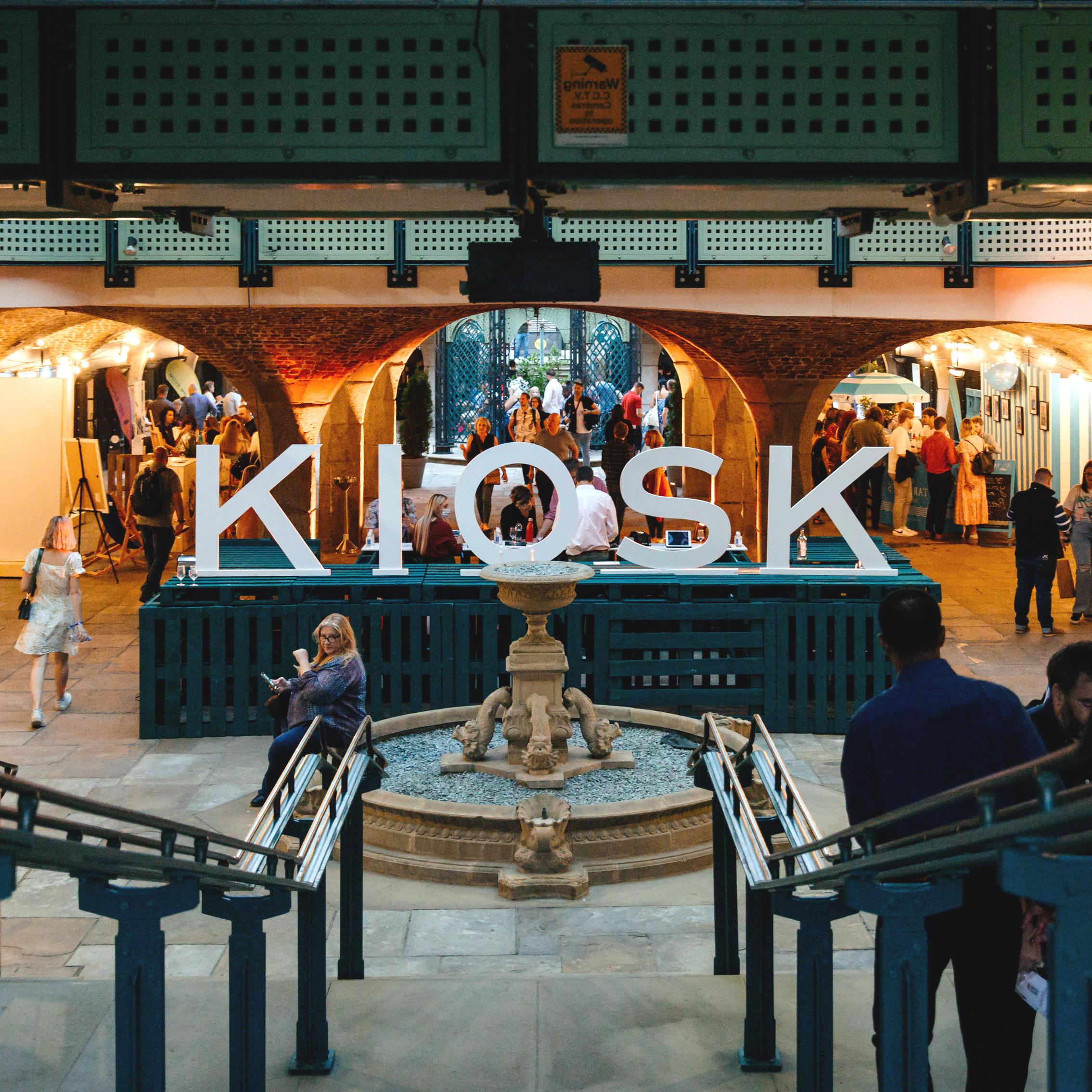 A Dry Divide vs. A Flavoured Feud?

No matter if you’re perched up on a bar stool or stood face to face with the founders of the brands themselves, the stark preferences between Dry and Flavoured Gin drinkers continues on – and that’s a good thing!

As always at the show - guests were encouraged to pin different styles up against each other, explore the influence of dilution, ways of drinking, process, place and discover new intricacies about different botanical infusions.

What we heard most frequently was that the overall quality of the flavoured gins had dramatically improved.

While in the past some flavoured offerings might have been derided by those who prefer dry gins, there was a lot of respect doing the rounds this year even when they weren’t to someone’s personal taste.

Chatter and talk aside - when we split the total amount of bottles sold between Dry vs. Flavoured, the result was pretty much equal. To get both the nod of approval from those who don’t drink flavoured gins, as well as account for half of the sales at an event like Junipalooza is a significant sign of how far that section of the gin category has come in the past five years. 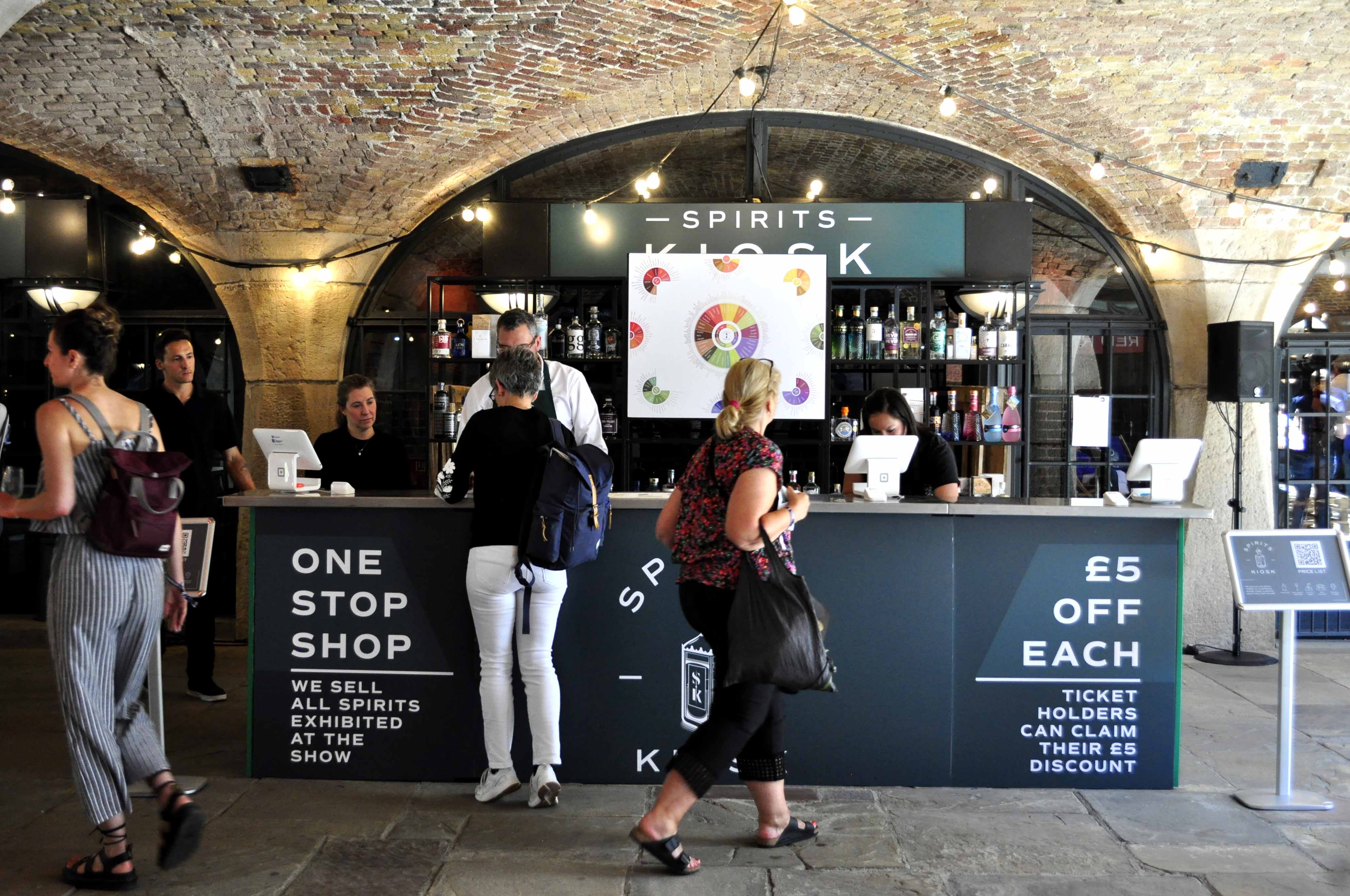 Eyes on the horizon

It wasn’t all about the infusions though - Dry Gins of Junipalooza 2022 created some serious chatter, probably edging the word-of-mouth battle between the two. No wonder, there were many big, bold, and beautifully compelling expressions to taste!

A very popular gin was Hapusā Gin by Nao Spirits. People clearly fell in love with the beautiful and dominant flavours of piney juniper and the spiced profiles of turmeric, ginger and cardamon. From our end, those checking out with the Kiosk Shop made it clear that Hapusa was already one of the most memorable from the weekend. It seems that those initial first impressions have lived on post-show too, as now the dust had settled we’re still hearing the same feedback!

We’ve said it time and time again, Hapusā is one to keep looking out for. 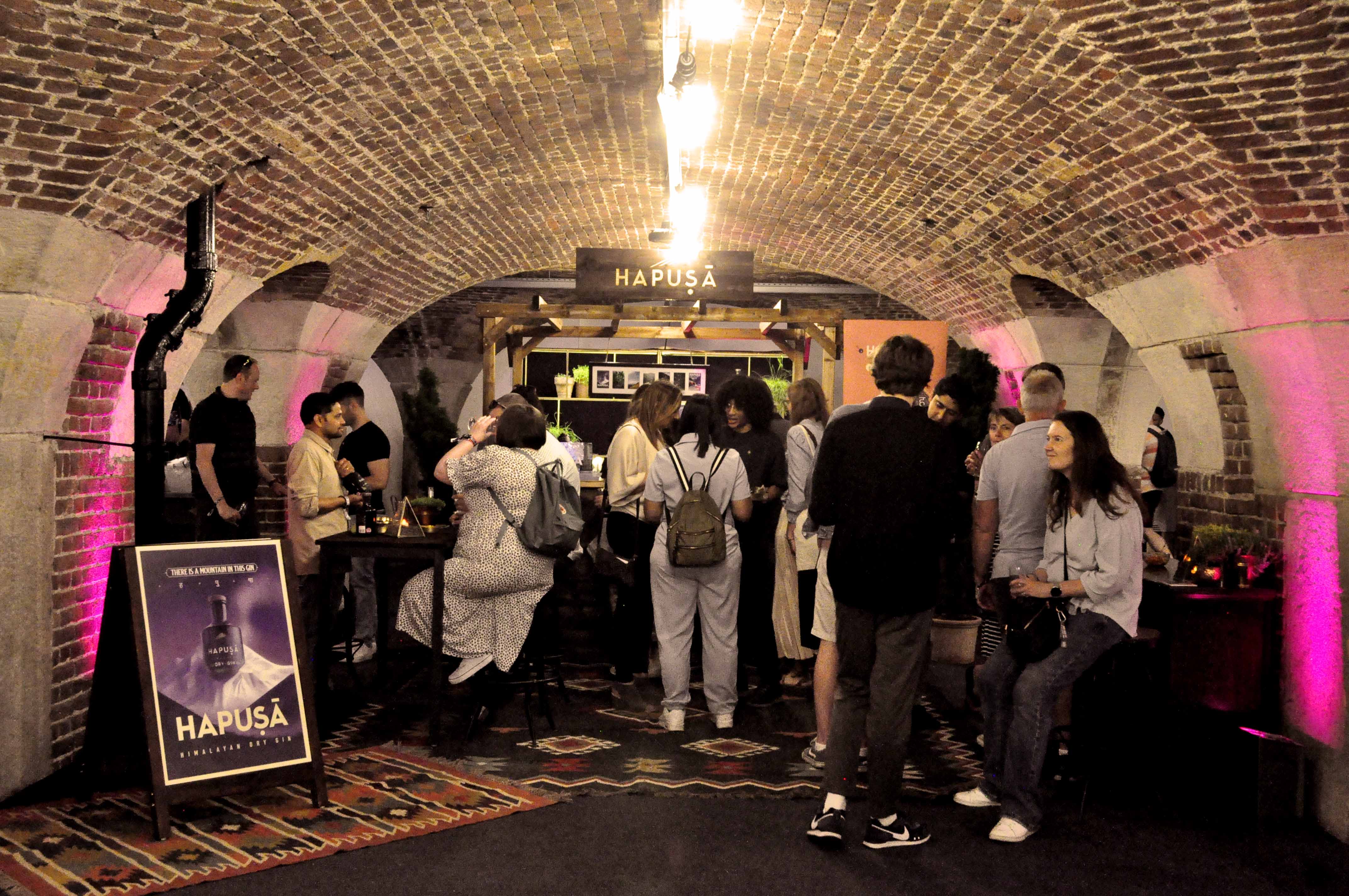 Travelling not far at all from the Himalaya’s, Indian Gin Jaisalmer was another stand out brand that captivated many with the way they contrast typical gin aesthetics and what the ‘Golden City’ has to offer! Maybe it was something in that room but 135 Gin was also hot on people’s lips when we asked who resonated – a fact made clear in that their bottles were also clinking in many a bag too.

Closer to home, Hayman’s Small Gin and Adnams Smidgin were big winners in the popularity sweepstakes, while simply saying Brighton Gin brought a smile to many faces, let alone asking what they thought of it.

After all the feedback and a bit of time to reflect, what we keep coming back to is the fact gin fans clearly loved being able to engage with international makers who had flown in to take part. British brands are adored, but maybe the Lockdown gave those further afield a little je-ne-sais-quoi this year. 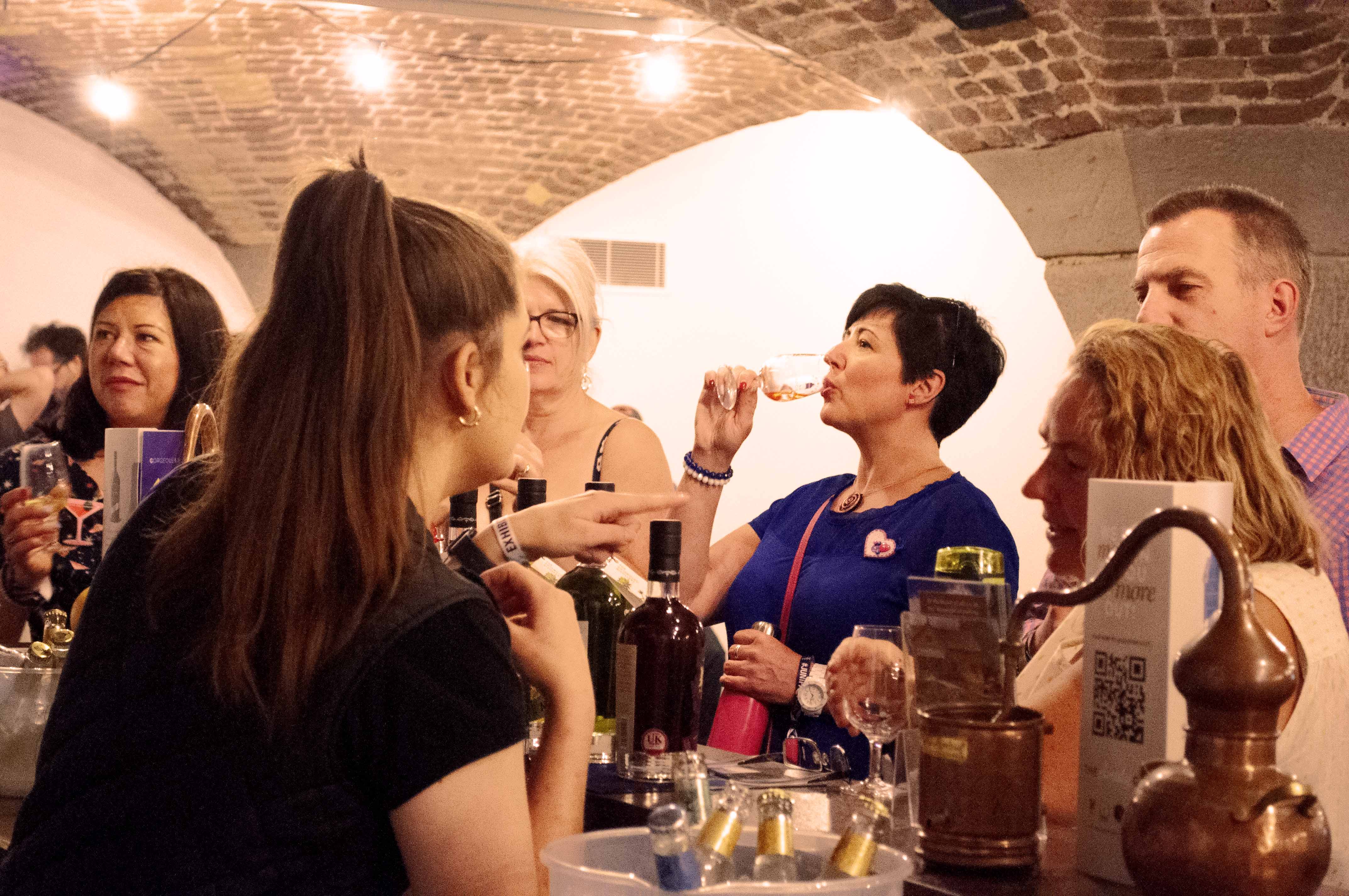 When it comes to Flavoured Gin, we could not be happier to say that through all the feedback filtered through the Kiosk Shop, most people were more drawn into the process, provenance, and authenticity of the product rather than by what the singular flavour was.

The big release most frequently requested was Mermaid Zest Gin. New on the market, the distinctively textured bottle made sure to broadcast that their emerald-green bottling was the real deal.

People fell in love with the zesty citrus ping, which was refreshingly pertinent on a hot sunny day like last weekend and Mermaid Zest went down a treat!

The Battle of Shiraz

If the crowds surrounding the stands of Seppeltsfield Road Distillers and Four Pillars wasn’t enough to go by, trust us when we say that Shiraz gin as a concept was an immense hit – the numbers don’t lie!

Both SRD’s Barossa Valley Shiraz Gin and Four Pillars’ Bloody Shiraz caused quite a stir with more and more people curious to find out more about wine’s influence and had them considering ways of drinking it. We love it in a G&T don’t get us wrong – but how many would have considered a Shiraz Gin Negroni? Or even pairing it with cola and lime?

It was great to see a such a diverse crowd not only bringing excitement towards this style of gin but a positive open mind and try it in a different context.

Both expressions offer up something different but judging by how many people walked away with either or – we can safely say that both were a success. 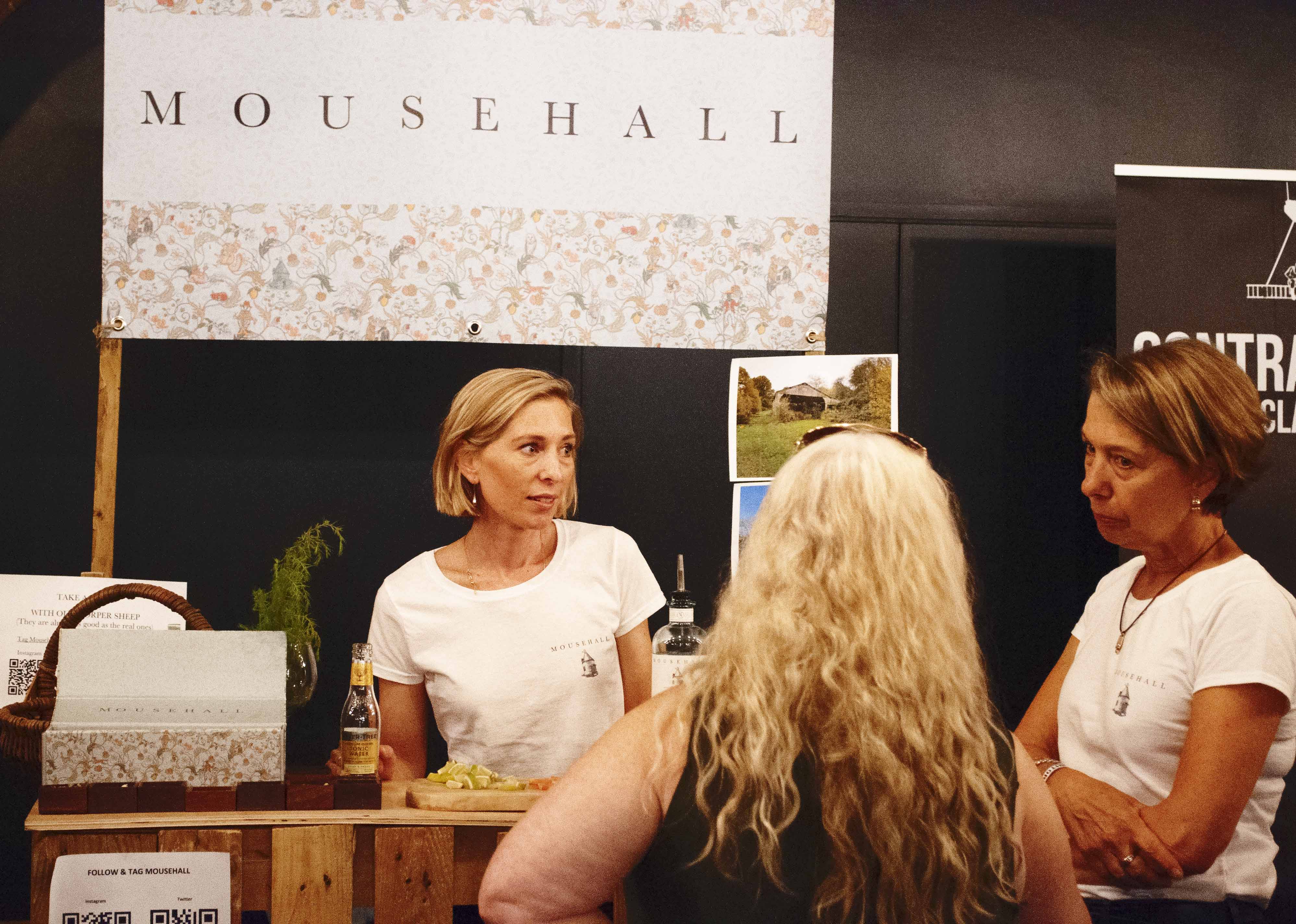 Ones for the future

Now that all the excitement surrounding the show has had time to settle, we find ourselves questioning what to look forward to next. With so many newcomers and new releases exhibited at Junipalooza, who is everyone going to be keeping tabs with? Which releases will be relevant for years to come? And who should we be looking at taking on board as soon as possible?

Northpoint Crosskirk Bay Gin was a revelation and a gin we feel has a stellar future ahead. It’s ability to combine juniper with spruce and flow onto Schezwan pepper on the finish with such a clarity was fantastic. Its sustainability ethos was too. That said, while we can only heap praise on it's also true that with level of louche in a G&T, the casual gin drinker will struggle to get onboard without the team doing some serious education as to what it means and why it happens for their gin.

It will be interesting to see how those up-and-coming brands be they in the Newcomers room or not play out on the market - it’s a big task to launch a gin brand in 2022.

However, while they may be tiny and battling in a very competitive category, if the reception for Mousehall Gin is anything to go by, these new contenders can still spark excitement. After all, it’s never too late for the right product and when all is said and done - quality spirits always find an eager audience.