We’re pleased to announce that we have added three expressions from Clase Azul to our Tequila collection!

Many will recognise the iconic bottles, some will have even had a sip or two of the liquid they contain – but if this is the first you’re hearing about them, here’s everything you need to know. 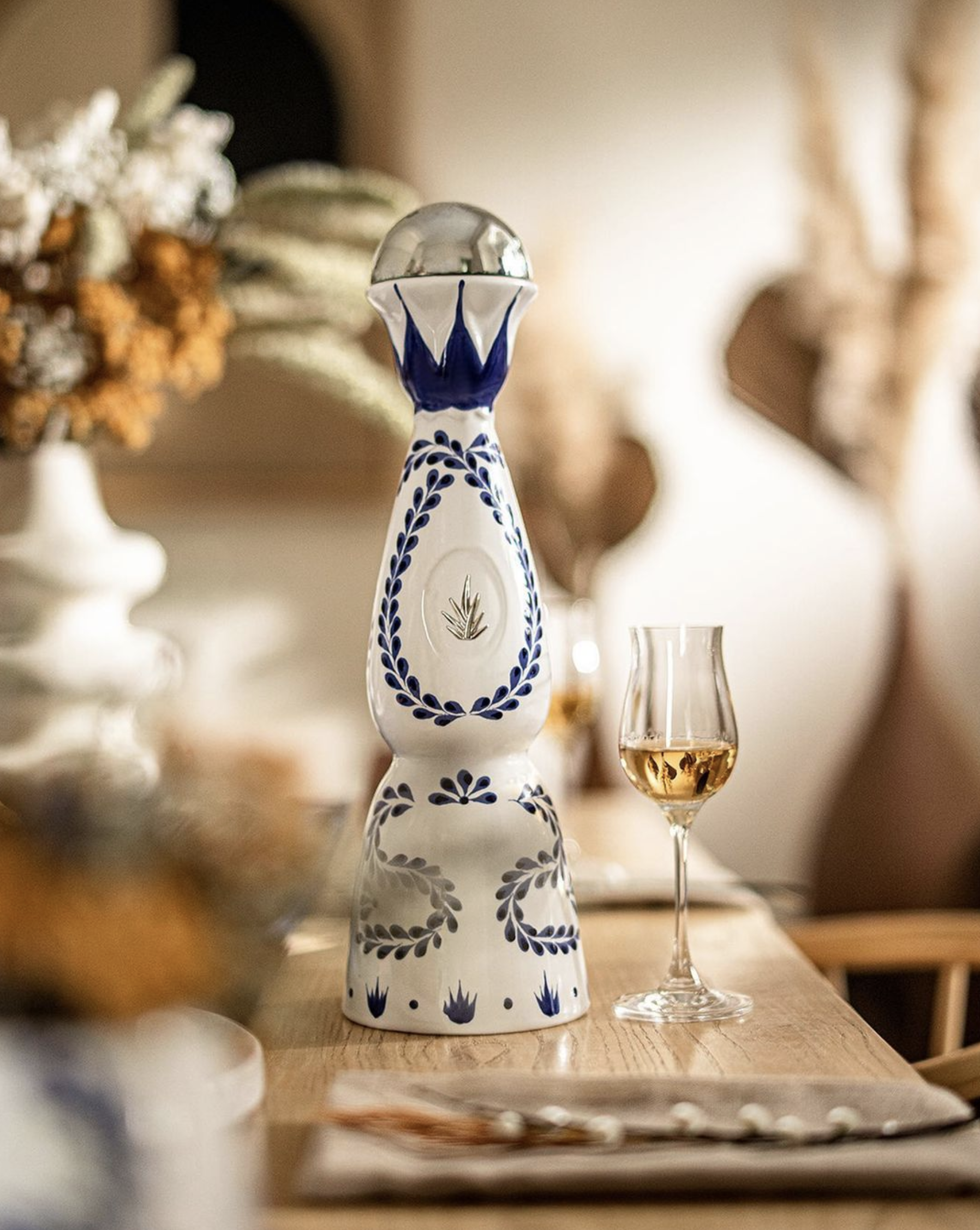 Who are the people behind Clase Azul?

Clase Azul Mexico was founded in 1997 by Arturo Lomeli, with the intention of creating a brand that expressed Mexican culture with every facet of its design and flavour.

25 years on, it remains a fully Mexican-owned and operated brand and is now part of a bigger operation that Lomeli has developed encompassing a restaurant, boutiques, a hotel and other handcrafted Mexican products.

Having spent the past few decades splitting his time between New York and LA, Lomeli and the Clase Azul team are based in Guadalajara along with his wife, Sagrario Miranda, who is the president of Clase Azul’s non-profit, Fundacion Causa Azul. 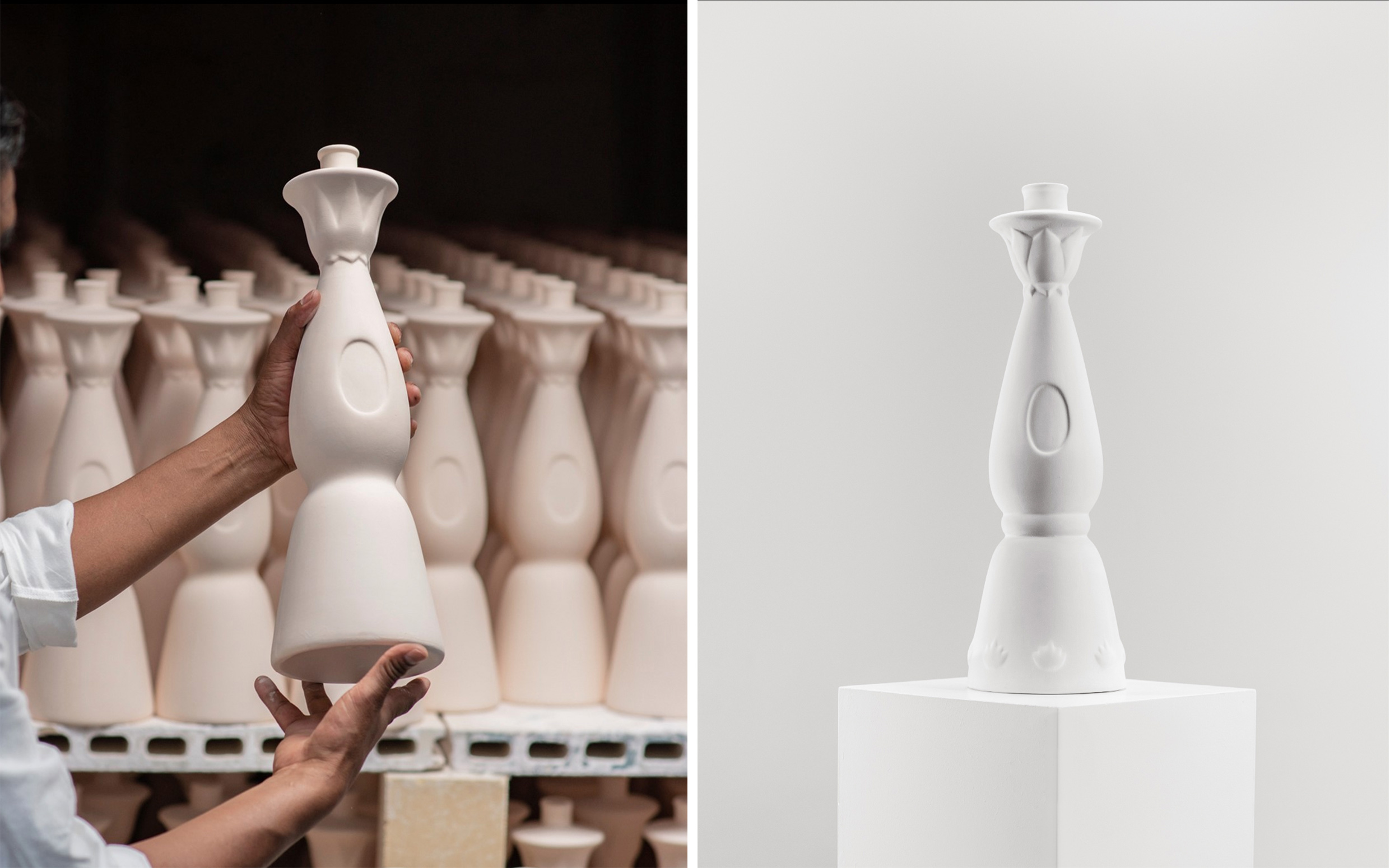 What are they known for?

Clase Azul are best known for their iconic decanter style bottles. Not only do they catch the eye on a shelf, but they are also genuinely beautifully crafted objects.

Each decanter is hand made and hand painted by a team of around 350 skilled workers in the small Mexican town of Santa María Canchesda. They literally sculpt and paint them individually using time honoured techniques, but the thing we most like about this is the fact that it goes beyond just making a pretty bottle.

Clase Azul have tethered their identity to artisanal Mexican craft in many more ways.

In 2007 they founded Tradición Mazahua — a ceramic workshop in which artisans dedicate themselves to creating the Clase Azul decanters with the aim of ensuring they are seen as tributes to Mexican culture.

In a broader context, their Fundación con Causa Azul collaborates with artisan communities to improve their quality of life, helping to preserve Mexican folk-art as a vital part of the country’s cultural heritage and legacy.

It also does valuable work to train artists to monetise their skills too.

So, yes – Clase Azul is known for being pretty bottle, but one that’s walked the walk for over a decade now. As a company, it has earned its stripes and been awarded the "Great Place to Work" certification several years in a row, as well as been the recipient of the "Butterfly Mark," (a certification from the Positive Luxury organisation which highlights brands that are committed to having a positive impact on nature and society). 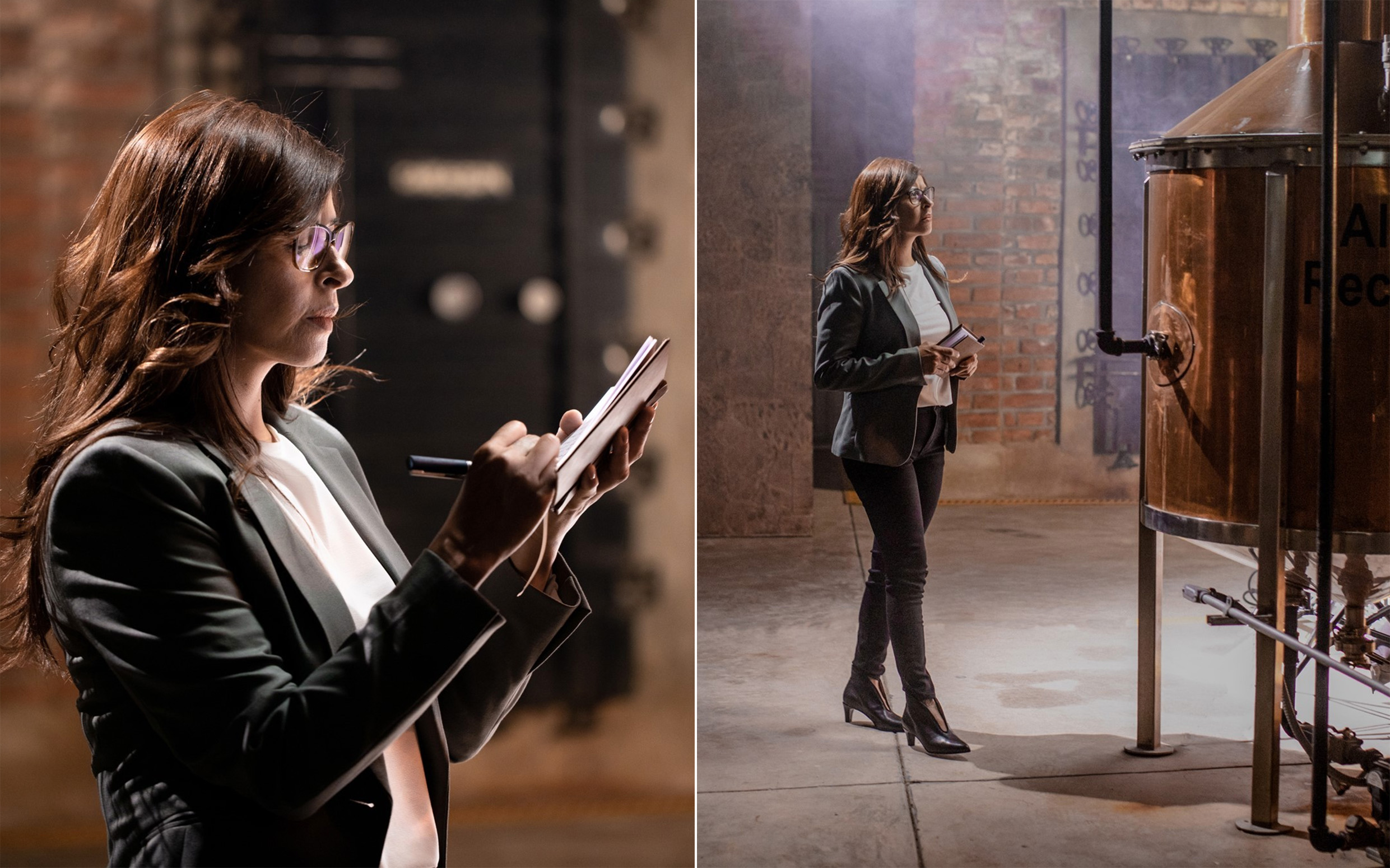 How (and where) do they make the Tequila?

Some of the older stock they have (and use to blend into their aged expressions) may have been made at these distilleries, which is why there are various NOM numbers banded about when you search around.

Currently, it’s made at NOM 1595, Casa Tradición where the entire process is overseen by Master Distiller Viridiana Tinoco. 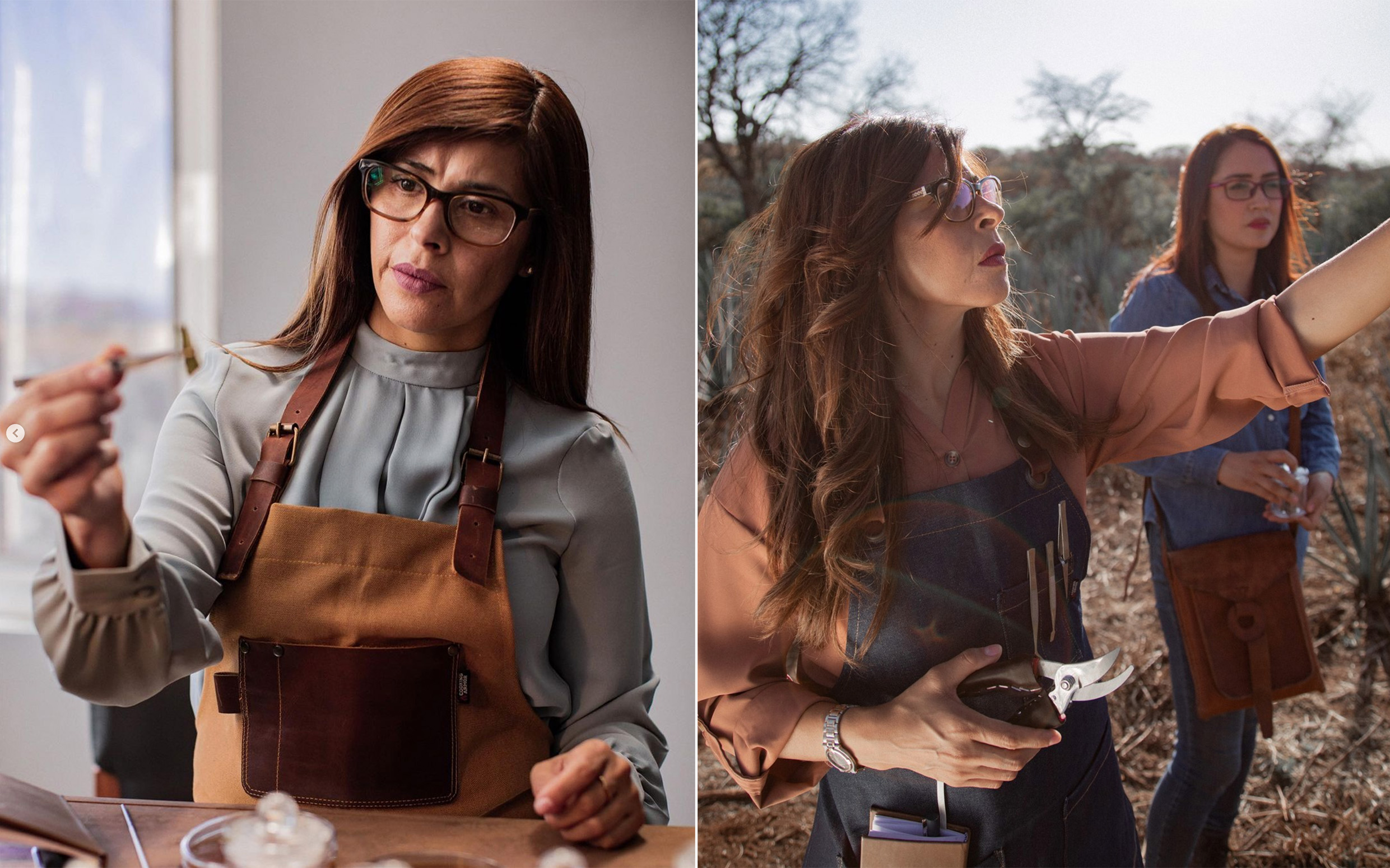 All Clase Azul is produced using 100% Blue Agave. The piñas are cooked for 72 hours in stone ovens, pressed using a roller mill and fermented in stainless steel tanks using proprietary yeasts. The wash is then twice distilled in Copper Pot stills.

It's worth noting that while the yeast strains used may seem like a small decision in a much bigger process, they make a huge impact on the flavours created and in this case, are a big part of why Clase Azul tastes the way it does.

Which expressions have we added to Spirits Kiosk shelves? 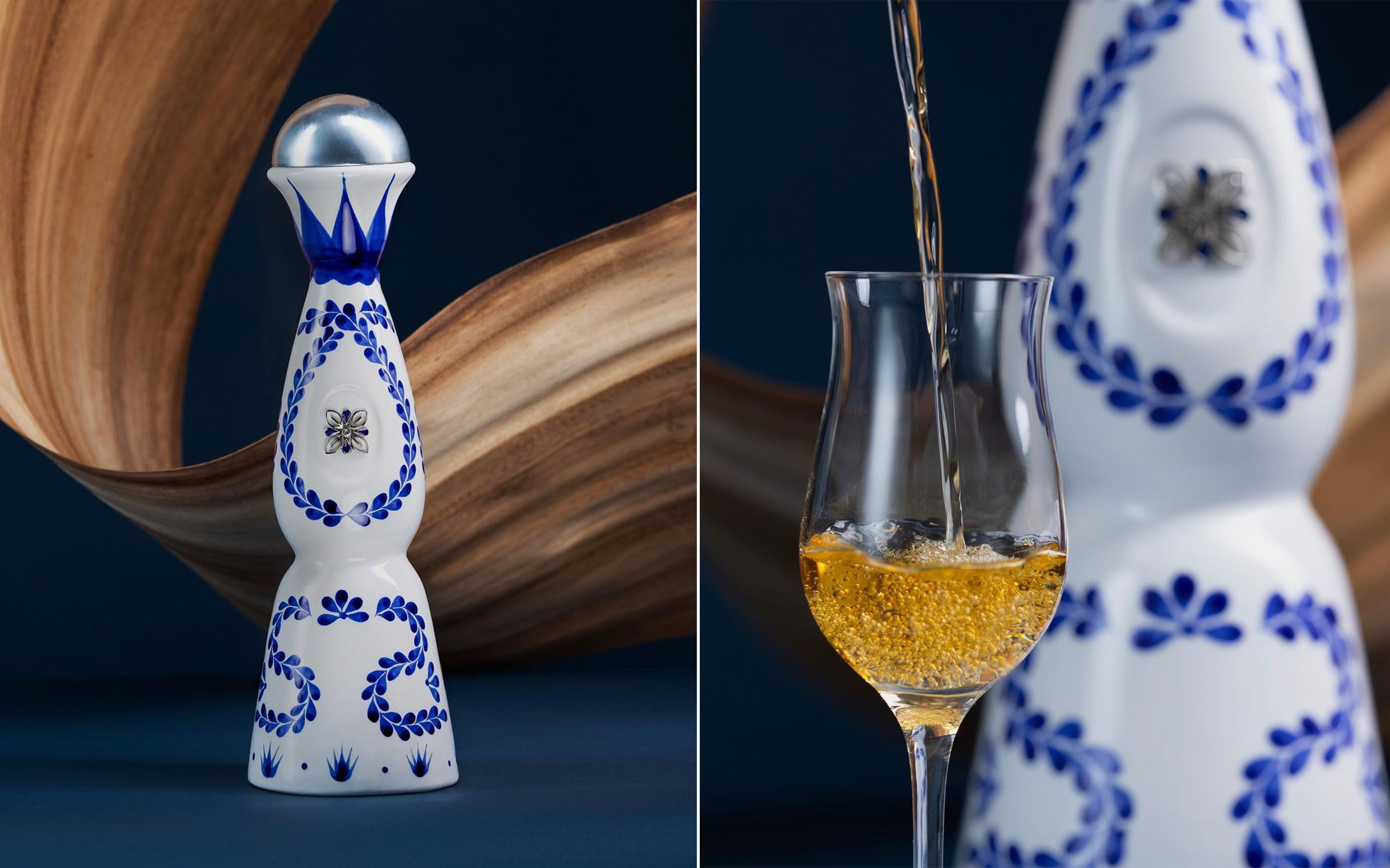 Expect a Reposado Tequila that has been masterfully aged for eight months in American Oak ex-bourbon casks. The oak has imparted its unique hazelnut and vanilla flavours as well as given the spirit an exceptionally smooth finish.

The nose presents with sweet agave, lots of vanilla and a pronounced candied orange peel. The oak acts as a backdrop to all of this while to taste it becomes more palpable. The nutty quality builds around the agave, the sweetness grows with notes of cinnamon and banana, while the finish lingers with oak, spice and residual agave syrup.

Savour it neat or serve it in a riff on an Old Fashioned. For those who like to pair their Tequila with food, this is a good one for deserts and the likes of chocolate mousse or crème brulée. 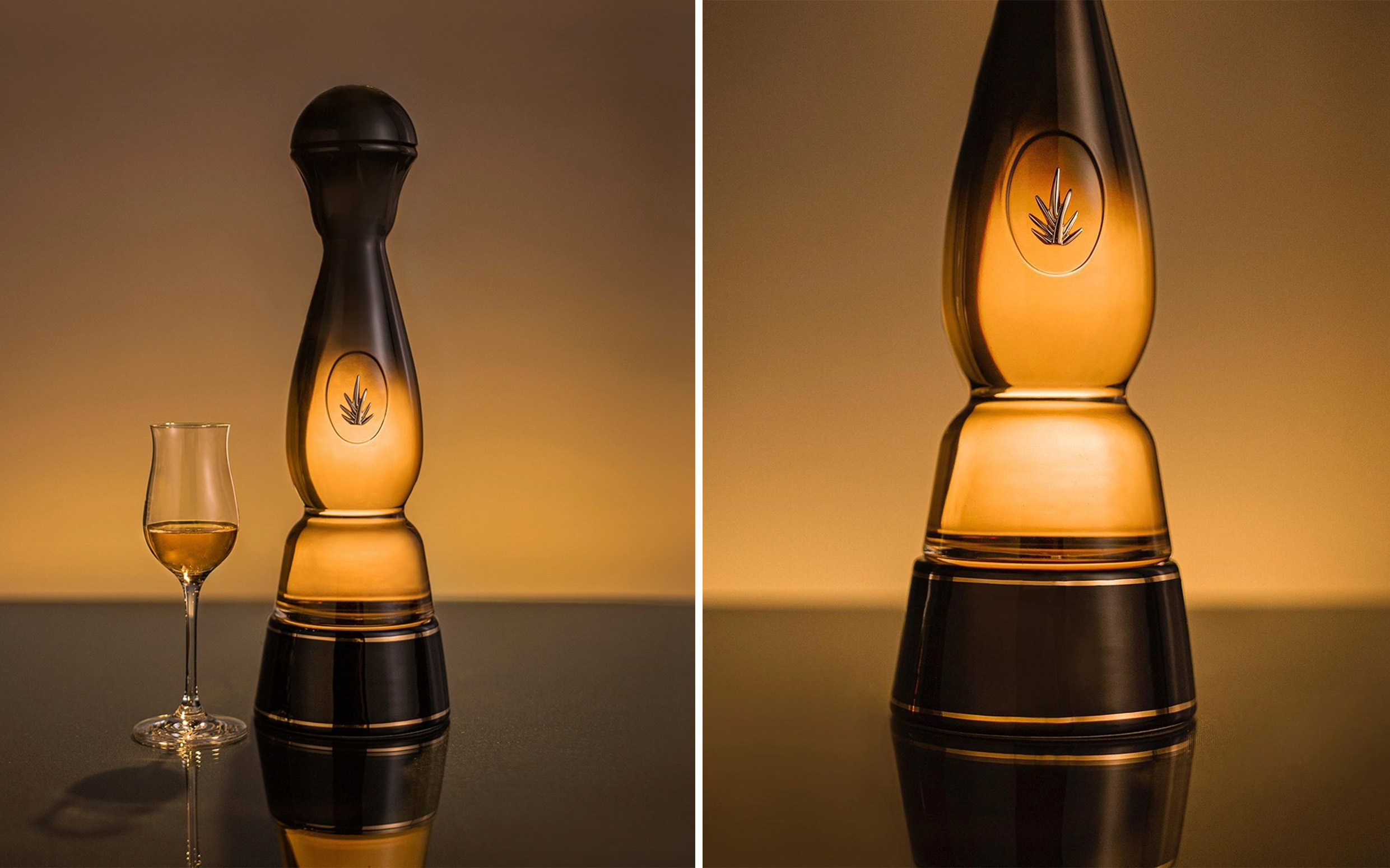 Both the bottle and the liquid are inspired by the idea of dusk and aim to capture the ephemeral feeling of sunsets. To achieve it, they use a combination of tequilas and place it into a shimmering glass decanter fused to a night-sky-coloured ceramic base.

The blend of Tequilas consists of Clase Azul Tequila Plata, a French oak cask aged Reposado tequila and an Extra Añejo aged in American Oak ex-whiskey casks and finished in ex-sherry casks. The result is an incomparable tequila joven that pairs particularly well with an olive tapenade, brie and seafood tapas.

On the nose green apple and agave rise alongside citrus peel and dried fruit. To taste, the oak builds in intensity, with caramel, buttery olives and figs joining cooked agave. The signature sweetness you’d expect from a Clase Azul Tequila is clear, so too is that slight peppery finish.

In a departure from their usual ceramic style, Clase Azul Gold bottles are made of a fusion of glass and ceramic (but still feature the precious metal medallions custom-crafted by renowned Mexican artists Tomas Saldivar and Leon Fernandez). It’s a collector’s decanter if ever there was one and while it may seem simple and elegant to look at, it’s only become that due to the work that’s gone into to making look that way - the fusion technique took expert artisans 6 years to develop! 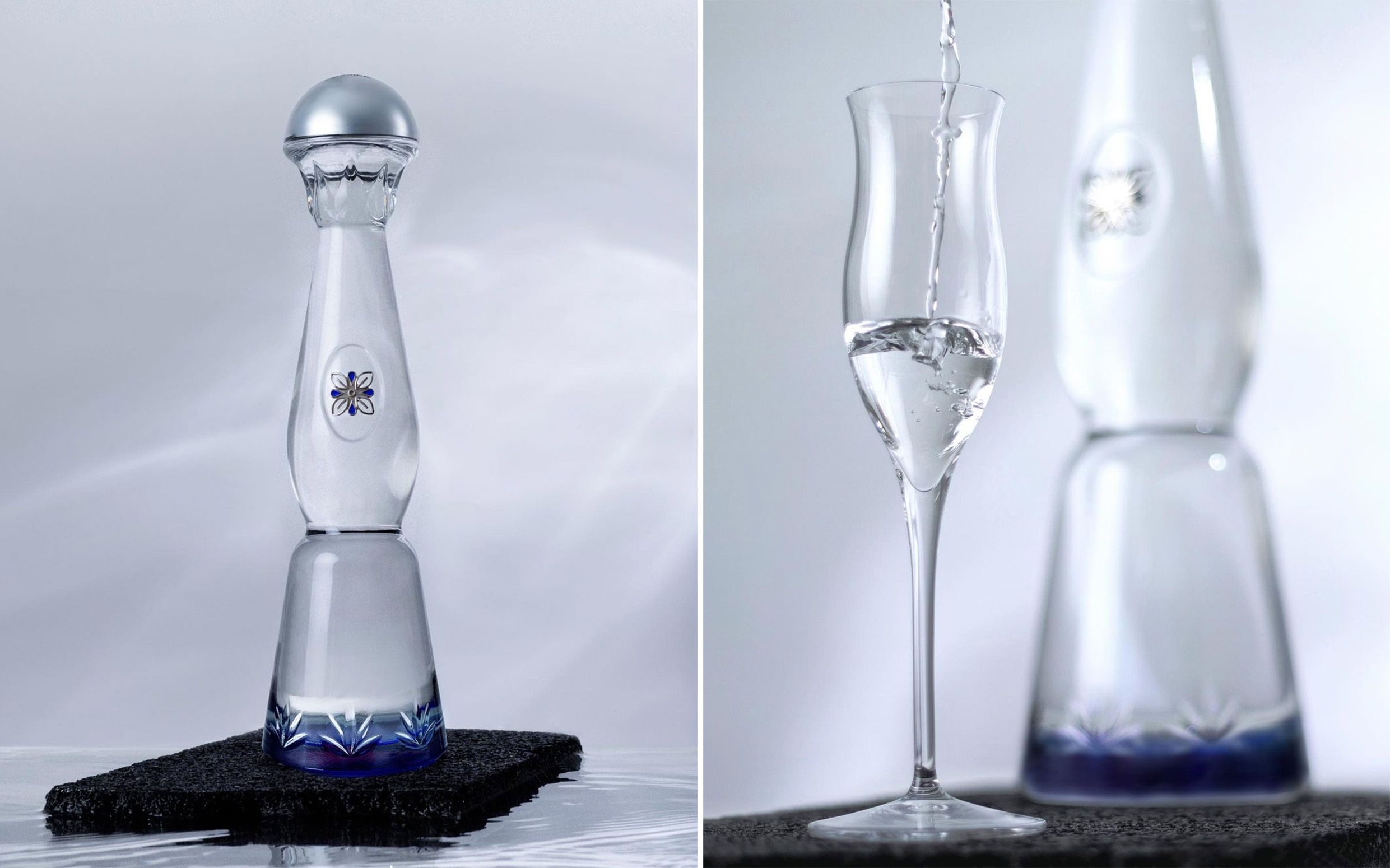 Intended as a faithful representation Agave, Clase Azul Plata is bright and crisp.

The aroma displays clear notes of baked agave and green tea. Citrus and lemongrass are also present, while to taste hints of green apple and sweet vanilla join the chorus before a minty, grassy finish lingers behind.

It’s a Blanco / Plata Tequila that’s on the sweet side, as you’d expect from Clase Azul, but one that’s worth sipping neat especially when paired with fresh cheeses like mozzarella and grilled tomato bruschetta.

To reflect the intention behind the spirit, Clase Azul decided to bottle this expression in a glass Talavera-style decanter.